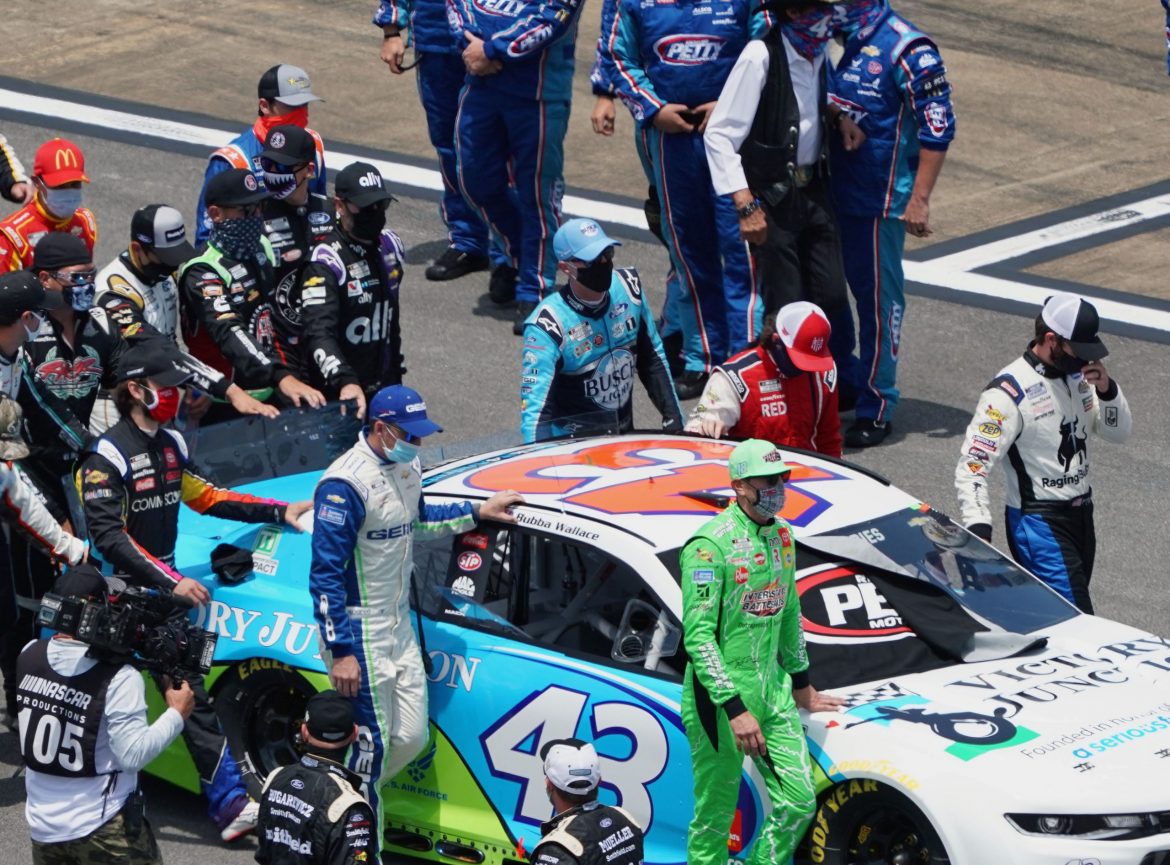 Upon completing their investigation the FBI has determined that NASCAR driver Bubba Wallace was not the victim of a hate crime. NASCAR fans and drivers rallied around the sport’s only black driver after he said that he had found a noose in his garage, which Wallace interpreted as a racist symbol invoking lynching. Wallace has been a vocal supporter of Black Lives Matter, going as far as placing the hashtag on his car, and was instrumental in NASCAR banning the Confederate flag.

In a conference call Nascar President Steve Phelps said, “They (The FBI and Justice Dept) have concluded their investigation at Talladega Superspeedway and determined Bubba Wallace was not the target of a hate crime. . . For us at NASCAR this is the best result we could hope for.” In their official statement NASCAR explained, “The FBI report concludes, and photographic evidence confirms, that the garage door pull rope fashioned like a noose had been positioned there since as early as last fall. This was obviously well before the 43 team’s arrival and garage assignment.”

In an interview with CNN’s Don Lemon Wallace pushed back against the notion the rope was a garage pull as the FBI spokesman stated. Wallace said, “Whether tied in 2019 or whatever, it was a noose. So, it wasn’t directed at me but somebody tied a noose. That’s what I’m saying.” He also expressed frustration that some were now questioning his integrity or suggesting that he was spreading a hoax.

The NASCAR incident is the most recent example, spanning the last few weeks, of the meaning of ropes being mistaken for, or questioned as symbols of hate. The NYPD led an investigation into a noose found hanging in a tree in Harlem Park. They later concluded it was leftover construction equipment. Last week the mayor of Oakland, California announced an FBI investigation into ropes found hanging around Lake Merritt. Victor Sengbe, who is black, came forward to explain he had been using them as exercise equipment. However, Mayor Libby Schaaf insisted on an investigation regardless saying, “Reports that these were part of exercise equipment do not remove nor excuse their torturous and terrorizing effects . . . We are all responsible for knowing the history and present-day reality of lynchings, hate crimes, and racial violence. Objects that invoke such terror will not be tolerated in Oakland’s public spaces.”