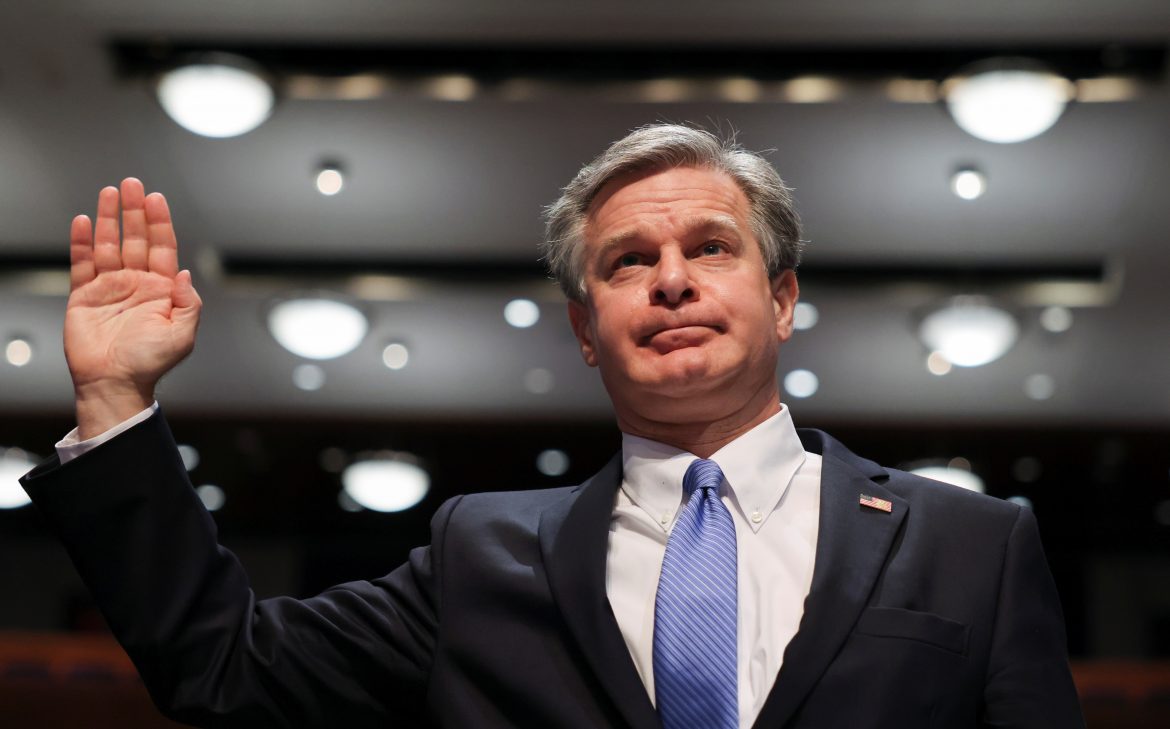 During an oversight hearing held by the House of Representatives Judiciary Committee, FBI Director Christopher Wray responded to questions about the influx of immigrants at the U.S. Southern border saying it is a “significant security concern.”

At the beginning of the hearing, which was led by chairman and Representative Jerrold Nadler (D-NY) as well as Representative Jim Jordan (R-OH), Wray used his introductory time to reflect on the “host of threats” during the past year. He made certain to focus on all violent issues, including the January 6th and BLM riots, while also addressing other international and domestic problems such as China and Russia or the Colonial Pipeline hack.

When the panel began questioning Wray on these issues, Representative Tom McClintock (R-CA) turned the conversation towards the border problem. Hard-pressed to have Wray comment on the situation, McClintock kept asking whether or not there were criminals and even terrorist watch-list persons apprehended at the border. Wray gave no definitive answer, but opened the opportunity to share the FBI’s data with the panel.

McClintock then asked whether some of the immigrants have crossed the border with debts to Mexican cartels, and “collected through indentured servitude” to those gangs. While answering yes, Wray said that the activity of the cartels is in some ways “spilling over” into the U.S. and that the indentured servitude issue is “extremely concerning.”

FBI Director Christopher Wray: “no question” that "extremely concerning" Mexican cartel activity “is spilling over in all sorts of ways” into the United States because of Biden's border crisis pic.twitter.com/xjuCFQaNIs

As the hearing continued, other representatives also asked Wray about the problems at the border, specifically regarding the trafficking of drugs and people. Representative Chip Roy (R-TX) pressed further and asked Wray whether he feels the U.S. has “operational control of the southern border,” which Wray said is a better question for the Department of Homeland Security.

Nonetheless, Wray confirmed that the border is a situation of concern on all ends. Roy asked about the record number of encounters and potential “get-aways” as well as the increased presence of opioids, specifically fentanyl, apprehended at the border. Wray acknowledged the presence of fentanyl from any part of the world as an “epidemic.”

Wray also said that the FBI’s field office is at the border, working with CBP to monitor the influx of migrants as well as any illegal activity such as human and drug trafficking.