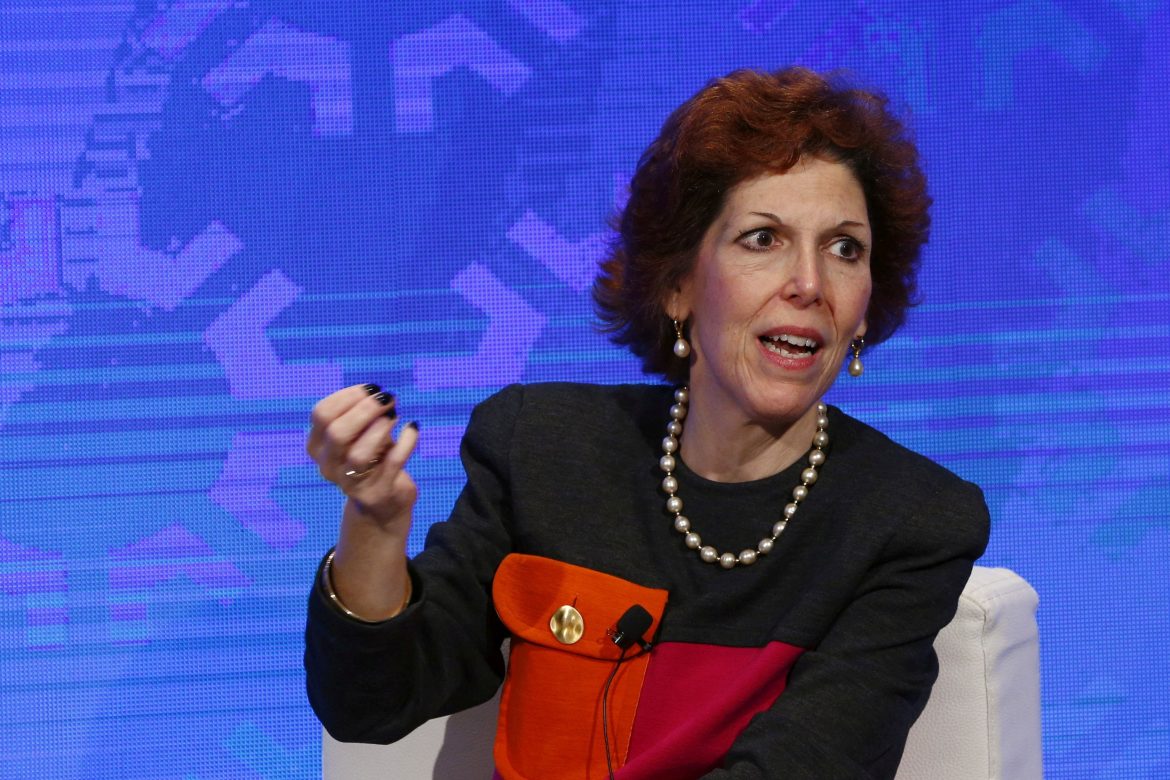 The president of one of the nation’s regional Federal Reserve banks believes the U.S. is at least two years away from the inflation rate receding to 2%.

Loretta Mester, president of Cleveland’s Federal Reserve Bank, made the prediction during an appearance on CBS’s “Face the Nation” Sunday.

“[What] we’re looking at is trying to get our interest rates up to a more normal level so that we can stem some of the oversized demand momentum in the economy and bring it back down so that we can relieve some of those inflationary pressures,” Mester said. “[We’re] going to be looking for the month-to-month changes in inflation rates to get some really good evidence on whether we’ve seen inflation first stabilize and then begin to move back down. It is going to take a while to get inflation back down to 2%. But what we’re looking for is that we can see some moderation in demand, which has been incredibly strong.”

The inflation rate in the United States registered at 8.6% in the most recent report from the Department of Labor.

Mester was quick to push back when interviewer Margaret Brennan asked if the bank president was predicting a recession.

“I’m not predicting a recession,” Mester said. “If you look at the forecasts that were submitted and released … you’ll see that we do have growth slowing to a little bit below trend growth and we do have the unemployment rate moving up a little bit. And that’s okay … we want to see some slowing in demand to get it in better line with supply.”

Mester’s optimistic take on the threat of recession was undoubtedly welcome to President Joe Biden, whose popularity has dipped steadily thanks to skyrocketing inflation (as well as other policy missteps). It’s unlikely Biden or his party could withstand a recession.

The matter is clearly on the president’s mind. On Monday, he chastised a reporter for asking if a recession is inevitable.

“Now you sound like a Republican politician,” Biden said. No stranger to misspeak or with snapping at reporters – Biden famously swore about Fox News’ Peter Doocy over the matter of inflation – the president quickly clarified. “I’m joking. That was a joke.”

“But all kidding aside, no, I don’t think it is [inevitable],” Biden said. “I was talking to [former Treasury Secretary] Larry Summers this morning and there’s nothing inevitable about a recession.”

Mester said that there was a chance the economy could start to show signs of recovery as the year progresses and pointed to recent changes in consumer spending as one factor that could contribute to a positive step.

“Rather than spending on goods, which really was the bulk of spending coming out of the pandemic, height of the pandemic, when the economy reopened, into more services,” Mester said. “That’s going to help alleviate some of the upward pressure on goods prices so other parts of the economy will be moving as well as what we’re doing on interest rates. We’ve already seen interest rates have an effect in the housing sector, where the housing sector is pulling back from the heights that it had seen.”

The last time the United States suffered through a recession was from December 2007 through June 2009.