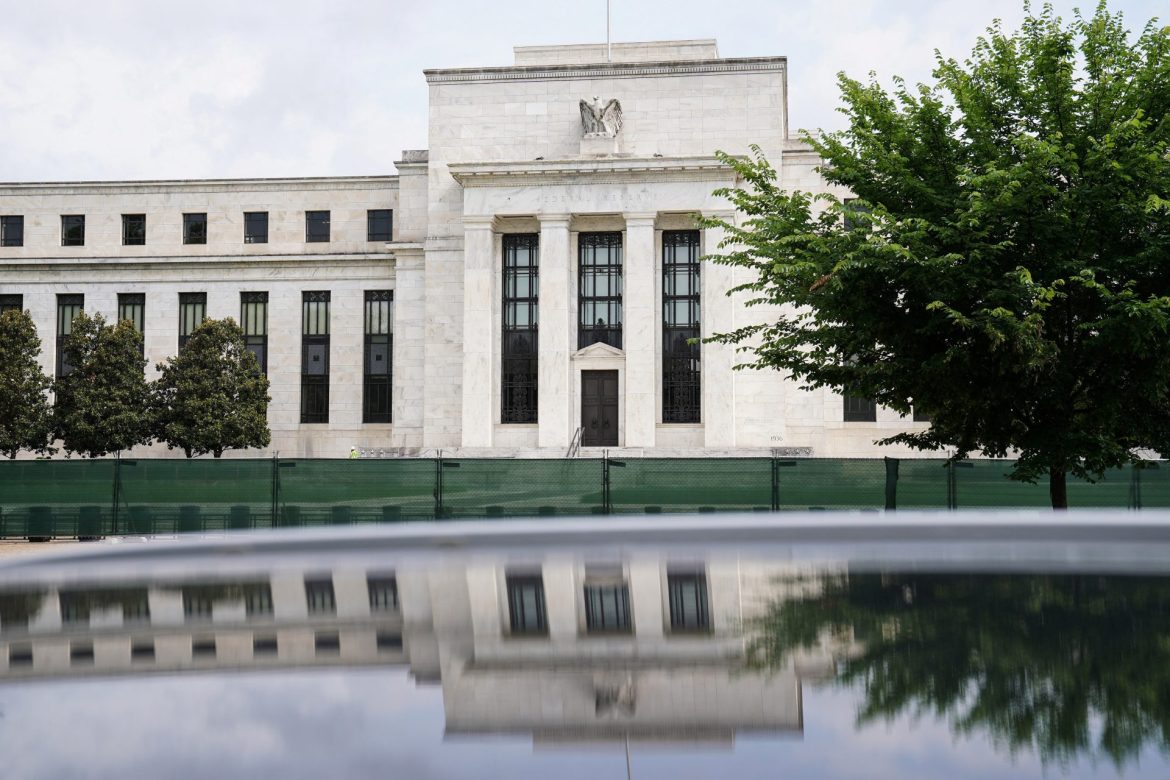 The Federal Reserve raised its target interest rate by three-quarters of a percentage point on Wednesday to stem a disruptive surge in inflation and projected a slowing economy and rising unemployment in the months to come.

The rate hike was the biggest announced by the U.S. central bank since 1994 and was delivered after recent data showed little progress in its battle to control a sharp spike in prices.

U.S. central bank officials flagged a faster path of rate hikes to come as well, more closely aligning monetary policy with a rapid shift this week in financial market views of what it will take to bring price pressures under control.

“Inflation remains elevated, reflecting supply and demand imbalances related to the pandemic, higher energy prices and broader price pressures,” the central bank’s policy-setting Federal Open Market Committee said in a statement at the end of its latest two-day meeting in Washington. “The committee is strongly committed to returning inflation to its 2% objective.”

The statement continued to cite the Ukraine war and China lockdown policies as sources of additional inflation pressures.

The action raised the short-term federal funds rate to a range of 1.50% to 1.75%, and Fed officials at the median projected it would increase to 3.4% by the end of this year and to 3.8% in 2023 – a substantial shift from projections in March that saw the rate rising to 1.9% this year.

The tightening of monetary policy was accompanied by a downgrade to the Fed‘s economic outlook, with the economy now seen slowing to a below-trend 1.7% rate of growth this year, unemployment rising to 3.7% by the end of this year, and continuing to rise to 4.1% through 2024.

While no Fed policymaker projected an outright recession, the range of economic growth forecasts edged toward zero in 2023 and the federal funds rate was seen falling in 2024.

U.S. stocks pared gains immediately following the release of the statement and economic projections in choppy trading. U.S. Treasury yields rose while the U.S. dollar gained against a basket of currencies.

“The Fed is willing to let the unemployment rate rise and risk a recession as collateral damage to get inflation back down. This isn’t a Volcker moment for Powell given the magnitude of the hike, but he is like a Mini-Me version of Volcker with this move,” said Brian Jacobsen, senior investment strategist at Allspring Global Investments.

Fed Chair Jerome Powell is scheduled to hold a news conference at 2:30 p.m. EDT (1830 GMT) to elaborate on the latest policy meeting.

The new Fed projections are a break with recent central bank efforts to cast tighter monetary policy and inflation control as consistent with steady and low unemployment. The 4.1% jobless rate seen in 2024 is now slightly above the level Fed officials generally see as consistent with full employment.

Since March, when Fed officials projected they could raise rates and control inflation with the unemployment rate remaining around 3.5%, inflation has stubbornly remained at a 40-year high, with no sign of it reaching the peak Fed policymakers hoped would arrive this spring.

Even with the more aggressive interest rate measures taken on Wednesday, policymakers nevertheless see inflation as measured by the personal consumption expenditures price index at 5.2% through this year and slowing only gradually to 2.2% in 2024.

Inflation has become the most pressing economic issue for the Fed and begun to shape the political landscape as well, with household sentiment worsening amid rising food and gasoline prices.

Kansas City Fed President Esther George was the only policymaker to dissent in Wednesday’s decision in preference for a half-percentage-point hike.