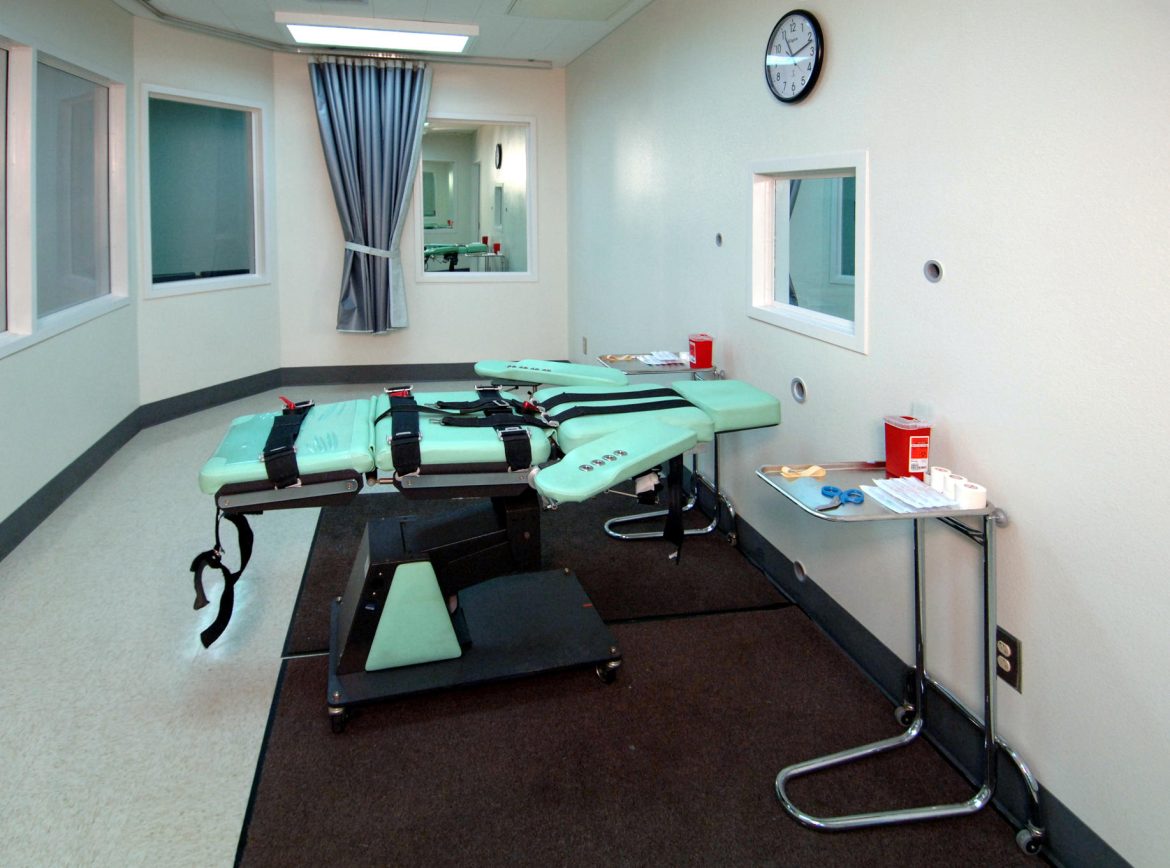 Two judges have made rulings that uphold the constitutionality of the death penalty despite lawsuits from inmates, saying that potential pain should free them from the fate.

An Arizona federal judge recently ruled that the constitutional right against cruel and unusual punishment does not mean death row inmates have a right to a pain-free execution, while a second federal judge in Oklahoma answered a similar argument against the Eighth Amendment yesterday, ruling that lethal injections are constitutional even if they don’t completely eliminate the pain of the final dose.

In Arizona, U.S. District Court Judge Michael Liburdi ruled against Frank Atwood on Saturday. The 66-year-old suffers from a degenerative spinal condition that prevents him from laying flat. He is now bound to a wheelchair. However, Atwood had the choice between lethal injection or a cyanide gas chamber. When he failed to provide input by the required date, the state’s default of lethal injection went into effect.

Atwood was arrested in 1984 under a kidnapping charge. A month later, the remains of 8-year-old Vicki Hoskinson were found in such condition that court documents say the cause of death could not be determined by experts. Atwood’s charges were elevated to murder. He is scheduled for execution tomorrow despite claims of innocence.

In a last-ditch attempt to delay the execution, his attorneys argued that being strapped to the gurney in his final moments would constitute cruel and unjust punishment due to his disease. Liburdi rejected this claim in his ruling, noting that the condemned man would be provided with a medical wedge and that the execution table could be tilted to “minimize the pain Plaintiff experiences when he lies on his back.” Additionally, the constitution “does not require a pain-free execution.”

Arizona has not used cyanide gas for execution in decades despite maintaining a working chamber. Additionally, there had been no executions done within the state from after a 2014 botched execution until May of this year.

On Monday, Judge Stephen Friot of the U.S. District Court for the Western District of Oklahoma ruled against 28 death row prisoners in a lethal injection challenge. The state uses a series of three injections in their process: midazolam as a sedative, vecuronium as a paralytic, and potassium chloride to stop the heart.

However, the death row prisoners argued that the shots still cause “constitutionally impermissible pain and suffering.”

Friot rejected the inmates’ claims and suggestions for alternate executions, like a firing squad, in a ruling that says the three-drug lethal injection method is constitutional. Friot wrote that the attorneys “fell well short of clearing the bar set by the Supreme Court” for their challenge.