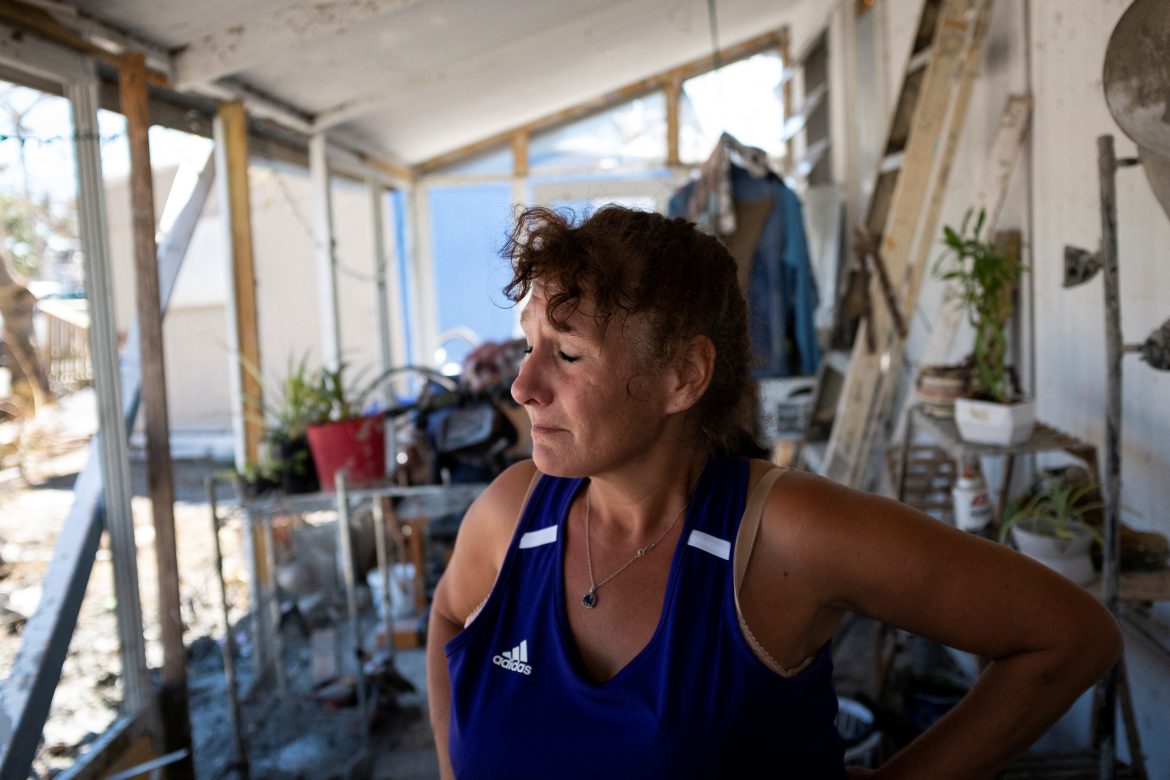 Southern Baptists of Texas Convention (SBTC) Disaster Relief chaplains responded quickly and cheerfully when a Federal Emergency Management Agency (FEMA) representative reached out to the group last week asking them to offer prayer and spiritual counseling services to residents of a Florida community struggling with the effects of Hurricane Ian.

The SBTC was asked to set up a prayer center at Estero Island, a once-thriving vacation spot located about 16 miles south of the city of Fort Myers, following the news that the county sheriff’s department would cut off access to the mainland Oct. 24-25 to facilitate major clean-up operations.

Local, state, and federal authorities initially mandated that, during the specified period, only city contractors, recovery and health care workers, FEMA personnel, and other social service agencies would be allowed to access the island. The demand for spiritual assistance became so great, however, that FEMA asked SBTC to intervene.

SBTC Disaster Relief chaplain Lowell Warren of Mexia, director of missions for the Bi-Stone Association, said that “FEMA officials recognized needs among the survivors that even the most helpful social service providers could not meet,” according to a Southern Baptist Texan report.

“There was such a high demand for prayer,” Warren explained. He said that the FEMA representative who contacted him cited multiple requests from survivors asking, “Is there anyone here who could pray with me?’”

“He asked us to be available to provide spiritual guidance to people who are struggling to make some sense of what life looks like for them after the storm. He asked us to be here to pray for those who come in seeking prayer and encouragement,” Warren said.

SBTC Disaster Relief moved quickly, sending in five Disaster Relief chaplains who set up tables with Bibles and tracts in Spanish and English at the FEMA site as they began praying and talking with survivors. Warren said that even first responders and agency personnel came to them seeking prayer.

In one instance, a fireman brought a woman to one of the chaplains, saying “I need you to talk to this lady.” The woman had been contemplating suicide out of a sense of hopelessness and despair. Warren said he and other chaplains prayed and talked with the woman for hours. He said she left that day “with a sparkle in her eye and hope in her heart,” even offering to come back and pray with others the next day.

While today’s news cycle is focused on the approaching elections, disaster relief work continues in Florida, which, in some of the hardest-hit areas, could take months and even years to recover.

“We expect to stay here as long as needed,” Warren said. “People are very receptive. The fields are white unto harvest,” he added.

FEMA has requested chaplains in the past during other disasters, SBTC Disaster Relief Director Scottie Stice said.

SBTC volunteers also prepared more than 73,000 meals that were distributed to survivors by the Texas division of the Salvation Army and have assisted in the massive clean-up effort.

The group is one of several Christian organizations that have been ministering to those impacted by the hurricane.

The Category 4 storm made landfall in Florida on Sept. 28, causing catastrophic damage and at least 127 deaths, according to an Oct. 12 ABC News report. Five additional deaths occurred in North Carolina and two in Cuba as a result of the storm.

FISM recently reported that, in addition to the death toll and devastation in Florida, healthcare workers have seen a rise in vibrio vulnificus, a flesh-eating bacteria that thrives in floodwater conditions and has the “potential to cause severe illness or death.”

Who is David DePape?