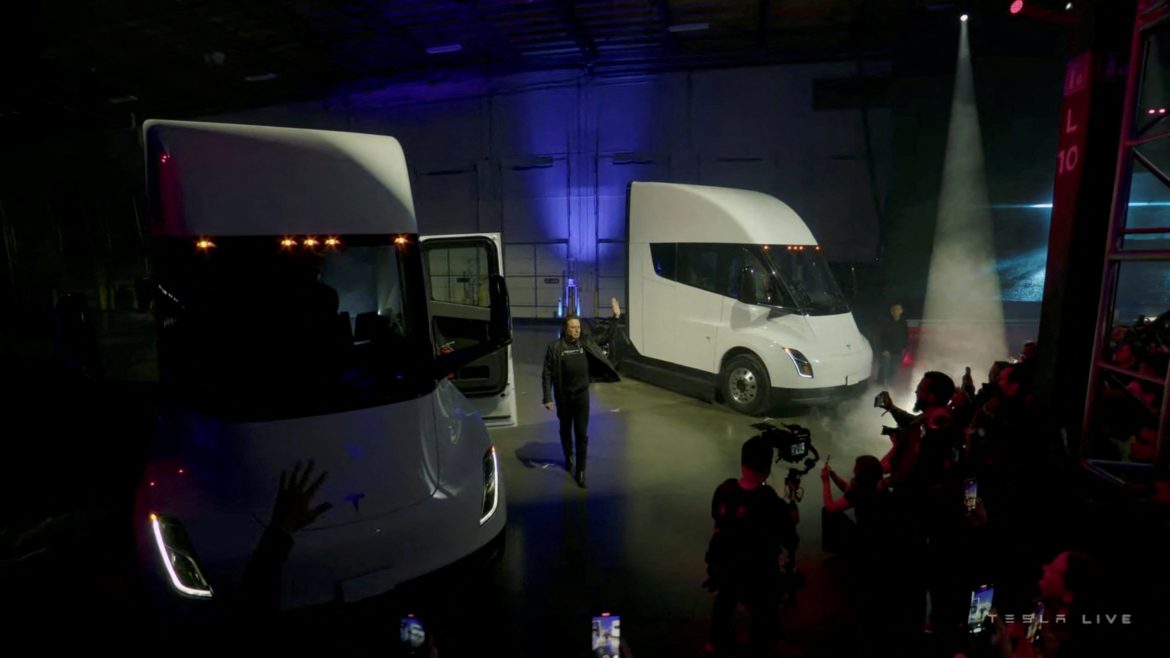 Thursday, Tesla CEO Elon Musk showed the world a first-of-its-kind electric tractor-trailer that, likely over a great stretch of time, could one day revolutionize the trucking industry.

Musk, speaking at an unveiling event at Tesla’s Gigafactory in Sparks, Nevada, said the new vehicle, named “Semi,” was high on performance and power.

“This thing has crazy power relative to a diesel truck,” Musk said. “Basically it’s like an elephant moving like a cheetah.”

Customers like PepsiCo have received their Semis. PepsiCo, in fact, used one of its Semis to deliver snacks – potato chips courtesy of PepsiCo subsidiary Frito-Lay, to the launch event.

In reality, the Semi is years away from competing with its more established, fossil-fuel-powered competitors. As with all electric vehicles, the chief concern is finding a battery that provides a consistent and meaningful power supply.

Experts’ opinions on Semi’s capacity are mixed, a fact that is explored in more detail by the tech website The Verge.

At present, Tesla says, the Semi can make a 500-mile trip and carry about 81,000 pounds, but there is no indication that this trip will be necessarily efficient. According to Tesla, the Semi can go from 0-to-60 miles per hour in 20 seconds.

“Not very impressive – moving a cargo of chips (average weight per pack 52 grams) cannot in any way be said to be definitive proof of concept,” Oliver Dixon, a senior analyst at consultancy Guidehouse, said in a brief interview with Reuters.

Another challenge for Semi will be its radius. Diesel-powered 18-wheelers can travel about 600 miles on a single fueling and, through the abundance of truck stops the nation over, can easily traverse the length and breadth of the country.

Tesla initially introduced its plans to create the Semi in 2017 and had set 2020 as a tentative release date; but a variety of supply and design issues, as well as the COVID-19 crisis, caused the release to be pushed back.

Only about 100 Semis will be created this year, but Tesla has promised an uptick in production in coming years.