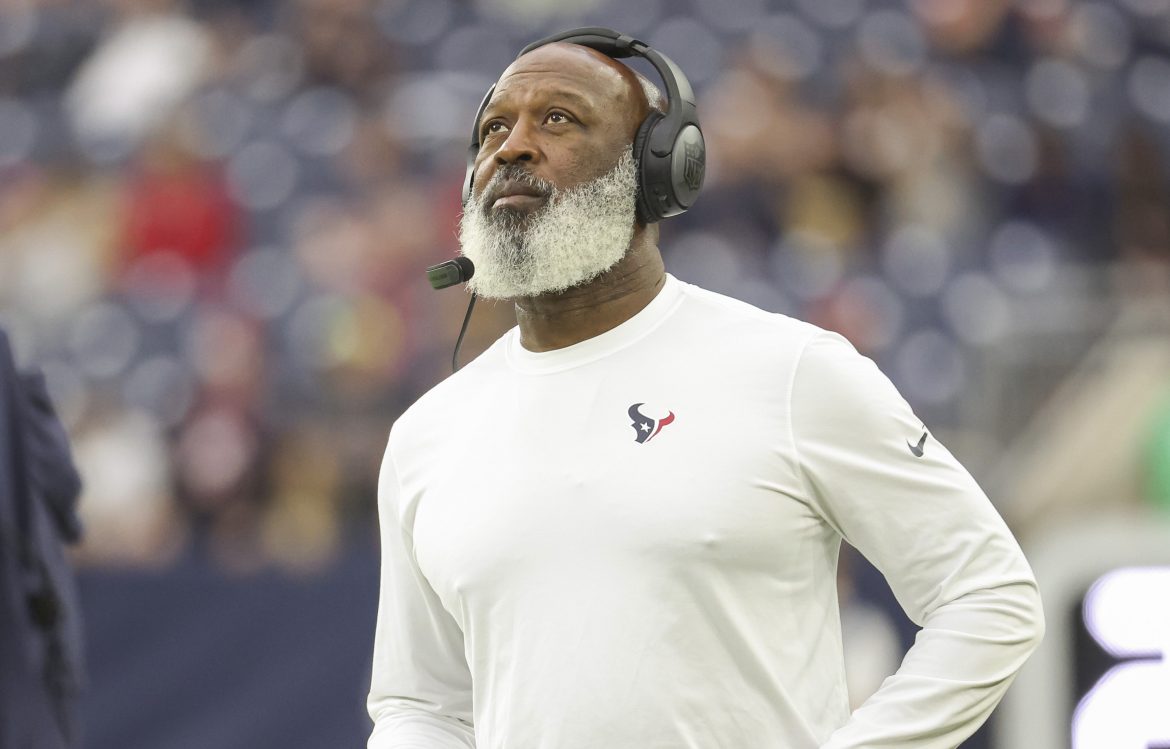 As an early offseason is now underway for 18 NFL teams, five are looking for new head coaches and even more could join the search after wild-card weekend.

The Houston Texans fired Lovie Smith after one season on Monday. The Arizona Cardinals let Kliff Kingsbury go just one year after giving him a contract extension.

They join the Carolina Panthers, Indianapolis Colts, and Denver Broncos who fired their coaches in the middle of losing seasons.

Additionally, the Los Angeles Rams may need to replace Sean McVay, who is contemplating walking away from coaching after winning the Super Bowl last year. McVay, who turns 37 this month, has expressed interest in working as a television analyst. The Rams finished 5-12, McVay’s worst season and the worst season by any defending champion in league history.

McVay is leaning toward retiring, though he wants to return to coaching at some point. He’s been the youngest coach in the league for the last six years and could follow in the steps of Dick Vermeil, the Pro Football Hall of Fame coach. Vermeil retired at age 46 following the 1982 season after seven years coaching the Philadelphia Eagles. He returned 15 years later after spending more than a decade in television.

“I’m a very impulsive person, and patience is not something that I do have,” McVay said. “And so [I] probably want to adjust the approach that I’m typically accustomed to taking, especially as it relates to a decision of this magnitude.”

The losing coach between the Dallas Cowboys-Tampa Bay Buccaneers wild-card game Monday night may also be on the hot seat.

The Cowboys (12-5) entered the season with high expectations and coach Mike McCarthy was brought to Dallas to win a Super Bowl. If they lose to Tampa Bay, McCarthy won’t have a playoff win in three years with the Cowboys. That could push owner Jerry Jones to move on, especially with Sean Payton available and interested in returning to coaching.

For now, McCarthy and the Cowboys are focused on facing Tom Brady and the Buccaneers.

“You have to reboot anyway. It’s playoff time,” McCarthy said. “I have great confidence in the locker room. I think we have exceptional leadership.”

The Buccaneers had a disappointing season under first-year coach Todd Bowles, the team’s former defensive coordinator who was elevated after Bruce Arians retired. The Buccaneers won the Super Bowl in 2020 in Brady’s first season in Tampa and were 13-4 last year, advancing to the divisional round of the playoffs.

They finished 8-9 this season, Brady’s first losing season of his 23-year career. However, they won the NFC South title and will host the Cowboys on Monday night.

Bowles would seem to be safe unless the 45-year-old Brady chooses to return to play one more season and wants an offensive-minded or more aggressive head coach. If the Buccaneers beat the Cowboys, it’s unlikely they’d make a change.

Bowles shared advice for coaches who lost their job.

“It’s tough. Every circumstance is different; I can’t speak for everyone,” he said. “Just look within and find strength from within. You just didn’t become a bad coach or you would have never gotten the job in the first place. And just go back to roots and use it as a tool going forward, to learn and promote yourself and keep rolling.”