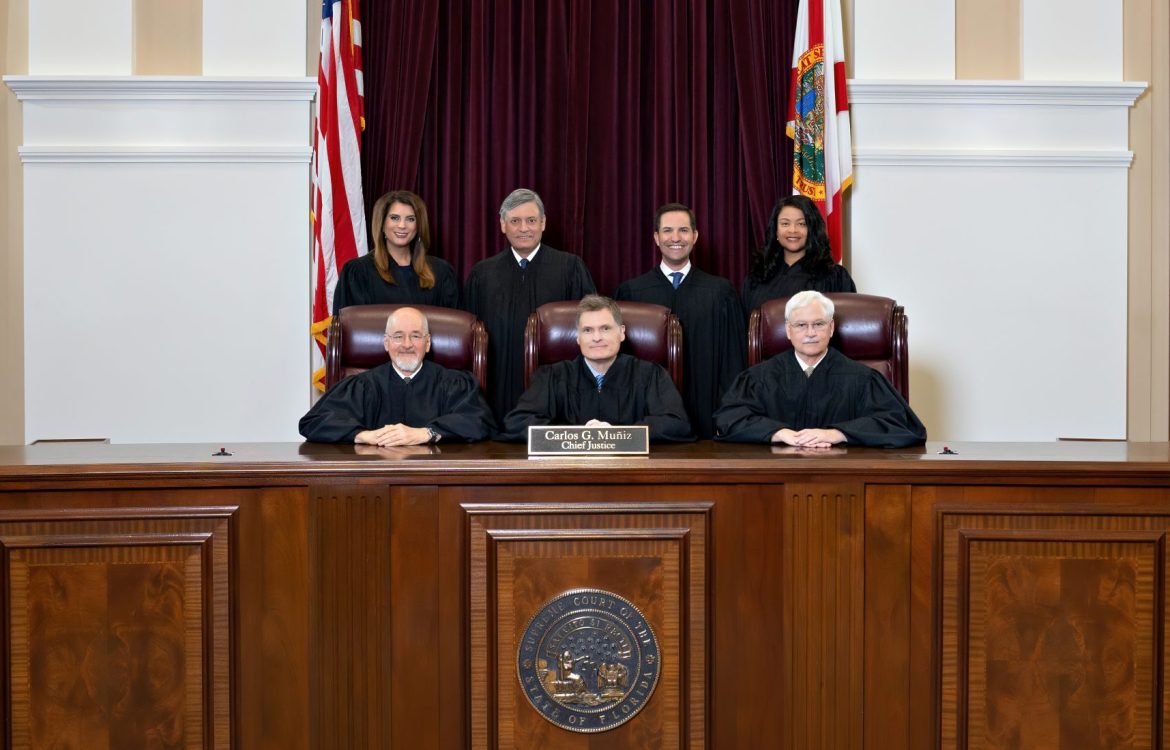 Earlier this month, Gov. Ron DeSantis petitioned the Florida Supreme Court to impanel a statewide grand jury to investigate “any and all wrongdoing” with respect to COVID-19 vaccine manufacturers. The state’s highest court approved that request this week.

The grand jury will meet for one year.

“That will be something that will be impaneled most likely in the Tampa Bay area. And that will come with legal processes that will be able to get more information and to bring legal accountability for those who committed misconduct,” Gov. DeSantis said.

DeSantis, who has maintained that pharmaceutical companies had a financial interest in making people believe that getting a coronavirus vaccine would prevent the spread of the virus, laid out his plans to hold the medical establishment accountable on social media.

“It is against the law to mislead and to misrepresent, particularly when you’re talking about the efficacy of a drug,” DeSantis said. He noted that various state and federal health authorities, including the Centers for Disease Control and Prevention (CDC), maintained that the vaccines prevented transmission, despite any actual evidence or pre-rollout studies on the issue.

Part of the 20-page petition to the Florida Supreme Court reads:

It is impossible to imagine that so many influential individuals came to this view on their own. Rather, it is likely that individuals and companies with an incentive to do so created these perceptions for financial gain.

According to the petition, the Florida Department of Law Enforcement would serve as the primary investigator, but any law enforcement agency in the state could be called in to answer questions and provide information.

The governor’s plans also include the formation of a “Public Health Integrity Committee” to assess public health care guidance. Florida’s surgeon general, Dr. Joseph Ladapo, has been tasked with overseeing that committee.

“Healthcare professionals should always communicate the risks of medical intervention to their patients in a manner that is clinically appropriate and meets standards of ethical practice. President [Joe] Biden and Big Pharma have completely prevented that from happening — it is wrong,” Dr. Ladapo said. “With these new actions, we will shed light on the forces that have obscured truthful communication about the COVID-19 vaccines.”

Gov. DeSantis says he’s also seeking to get more information from pharmaceutical companies about the potential side effects of the vaccines and plans on investigating cardiac-related deaths tied to the mRNA vaccine.

Part of the petition explains why.

In April 2021, increased cases of myocarditis and pericarditis were reported in individuals in the United States after receiving the Pfizer and Moderna COVID-19 vaccinations. In June 2021, Moderna shared a press release via Twitter (which was later removed) and stated, “we have not established a causal association with [myocarditis and/ or pericarditis and] our vaccine. Around the same time, a spokeswoman for Pfizer said that “a causal link to the vaccine has not been established” and that “with a vast number of people vaccinated to date, the benefit risk profile of our vaccine remains positive.” But just four months later, both companies acknowledged the occurrence of myocarditis on their websites, representing that it is an “extremely” or “very” rare side effect. Moderna stated that myocarditis and pericarditis are “typically mild cases and individuals tend to recover within a short time.

The Florida Department of Health conducted its own analysis through a self-controlled case series to study mortality risk following mRNA COVID-19 vaccination and found an 84% increase in the relative incidence of cardiac-related deaths among males 18-39 years old within 28 days following mRNA vaccination.”

This isn’t the first time Gov. DeSantis called for a statewide grand jury to investigate a matter. In June, Florida Supreme Court justices approved a request by the governor to impanel a grand jury to look into immigration-related issues.