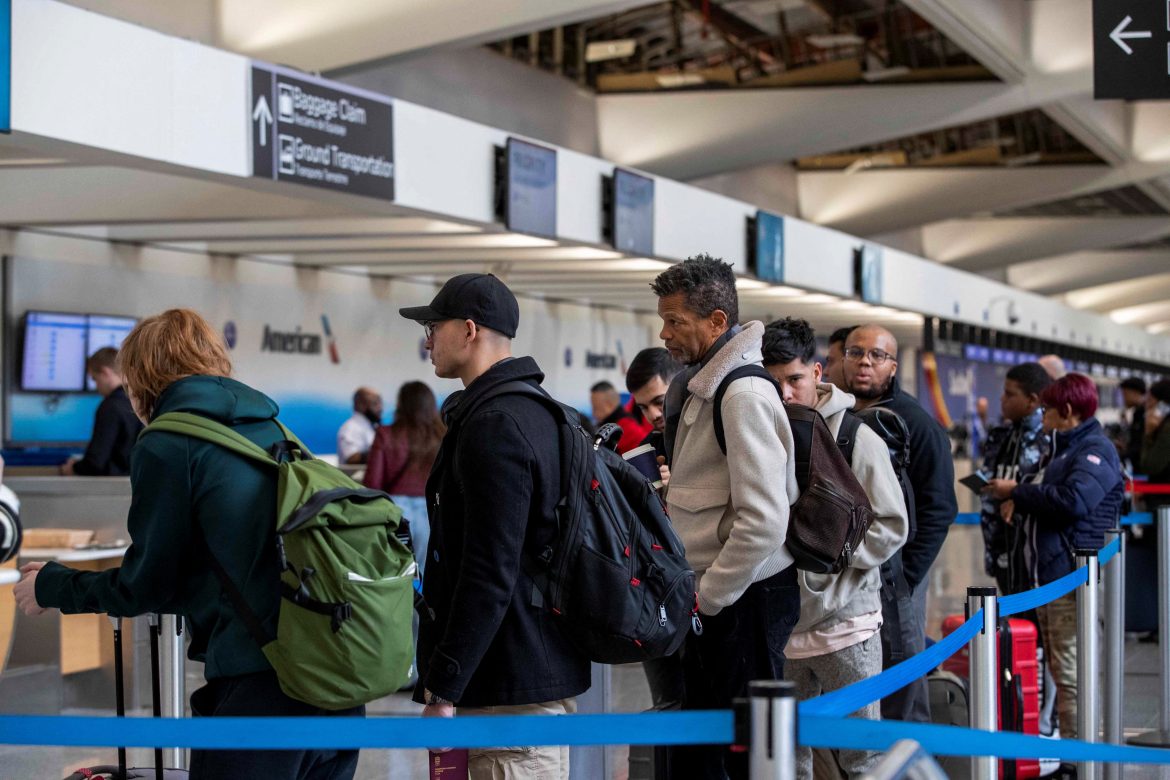 U.S. flights were slowly resuming departures and a ground stop was lifted after the Federal Aviation Administration (FAA) scrambled to fix a system outage overnight that had forced a halt to all U.S. departing flights.

More than 7,300 flights were delayed and 1,100 canceled according to the FlightAware website in the first national grounding of flights in about two decades, industry officials said.

The total was still rising and officials said the outage could cause delays through at least Thursday, if not longer, according to several airlines.

The cause of the problem with a pilot-alerting system was unclear, but U.S. officials said they had so far found no evidence of a cyberattack. U.S. Transportation Secretary Pete Buttigieg told CNN an issue with overnight “irregularities” with safety messages sent to pilots prompted the outage.

He said the ground stop was the “right call” to make sure messages were moving correctly and there is no direct evidence of a cyberattack.

The outage occurred at a typically slow time after the holiday travel season, but demand remains strong as travel continues to recover to near pre-pandemic levels.

The FAA said in a tweet that normal air traffic operations were resuming.

“This thing was lifted at 9 a.m. Eastern. That doesn’t mean the problem stops at 9 a.m. This is going to cause ripple effects,” said Torres, whose members fly for American Airlines.

One issue airlines are facing is trying to get planes in and out of crowded gates, which is causing further delays. Crew time limit rules may also play a factor.

At an airport in Greenville, South Carolina, Justin Kennedy abandoned a work trip to nearby Charlotte. He said confusion reigned as airline employees weren’t aware of what the FAA was saying, and many passengers were initially unaware of the delays.

“I sat in a Chick-fil-A dining area that had a good view of the TSA exit,” the 30-year-old information technology employee said. “I saw at least four people sprinting to gates because they thought they were going to miss their flight, only to come back to the food court, out of breath.”

The FAA had earlier ordered airlines to pause all domestic departures after its pilot alerting system crashed and the agency had to perform a hard reset around 2 a.m., officials said. Flights already in the air were allowed to continue to their destinations.

Shares of U.S. carriers rebounded after the market opened as flights resumed. The S&P 500 airlines index was up 1% in afternoon trading.

U.S. flyers have few alternatives. Driving distances are too great, and the country’s passenger rail network is thin compared to those in other countries.

The outage appeared to have limited impact on transatlantic routes, with European carriers including Lufthansa, Air France, Iberia, and British Airways saying flights are continuing in and out of the United States. Virgin Atlantic cautioned some flights might be delayed.

Senate Commerce Committee chair Maria Cantwell, a Democrat, said the panel would investigate. Republican Senator Ted Cruz called the failure “completely unacceptable” and the issue should lead to reforms as part of the FAA reauthorization due by September.

An operational meltdown at Southwest at the end of last year stranded thousands. A severe winter storm right before Christmas, coupled with the Texas-based carrier’s dated technology, led to over 16,000 flight cancellations.

The DOT, FAA’s parent agency, criticized Southwest’s failures and pressured the airline to compensate passengers. Buttigieg on Wednesday rejected the suggestion the FAA should reimburse travelers for delays caused by the FAA issue.

The FAA suffered another significant computer issue on Jan. 2 that led to significant delays in Florida flights.

A total of 21,464 U.S. flights were scheduled to depart Wednesday with a capacity of nearly 2.9 million passengers, data from Cirium showed.

Rodney Allen was on his way with friends to vacation in Puerto Rico from Cincinnati but got stranded in Newark.

“Once we landed, passengers on the plane were saying flights were grounded,” the 25-year-old entrepreneur said. He still had the option to check in for his flight to Puerto Rico, but his friends had been offered travel credits.