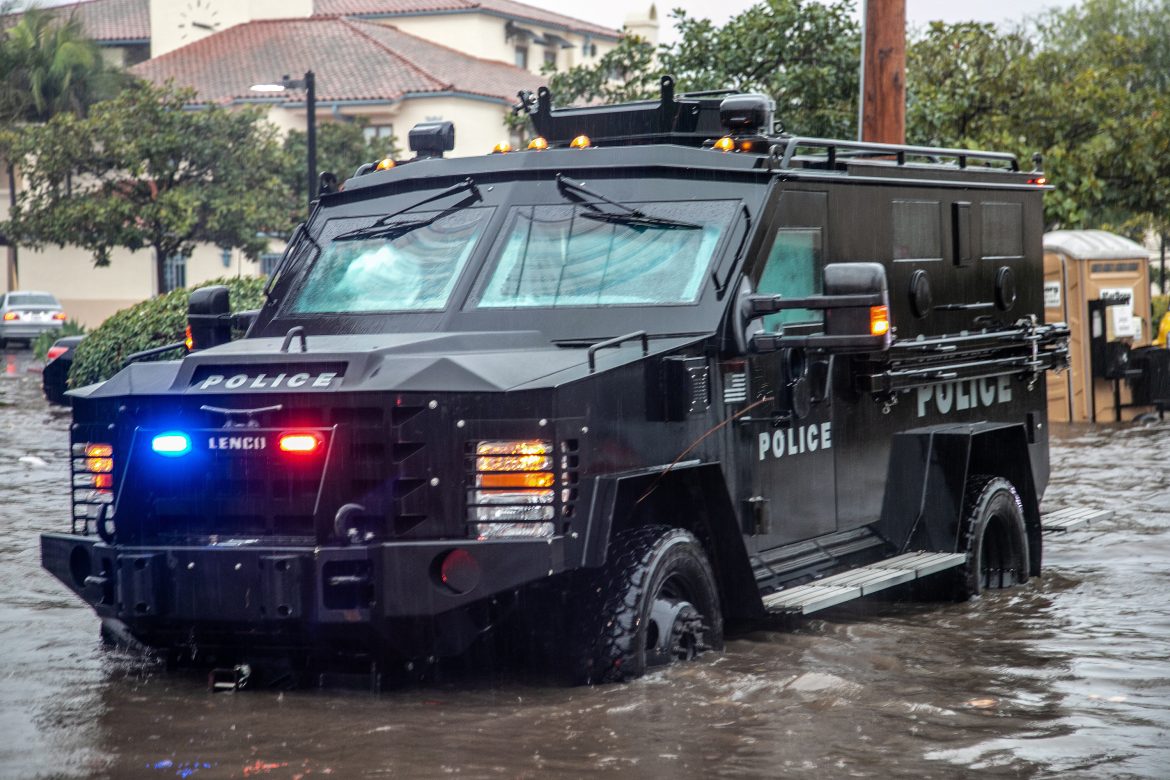 The latest in a string of Pacific storms blamed for at least 12 deaths soaked California on Monday, prompting evacuations of some 25,000 people, including the entire town of Montecito and nearby areas of the Santa Barbara coast, due to heightened flood and mudslide risks.

The Montecito evacuation zone was among 17 California regions where authorities worry a series of torrential downpours since late December could unleash lethal cascades of mud, boulders, and other debris in hillsides stripped bare of vegetation by past wildfires.

Among the nearly 9,000 residents of Montecito, many with opulent homes in the picturesque town, are such celebrities as media mogul Oprah Winfrey, and Britain’s Prince Harry and his wife Meghan.

It was not immediately clear whether they were among those forced to flee the area. Winfrey was known to have been in Hawaii over the New Year’s holiday.

Another famous Montecito resident, actress-comedian Ellen DeGeneres, posted a video selfie on Twitter of herself standing in the rain beside a flooded torrent flowing through what she described as a normally dry creek bed near her property.

The performer, garbed in a hooded jacket, tweeted that she had been advised to “shelter in place” rather than evacuate since her home was on higher ground.

“We need to be nicer to Mother Nature, because Mother Nature is not happy with us,” she said in the video. “Let’s all do our part. Stay safe, everybody. Yikes.”

All 15 districts of Montecito were ordered to immediately evacuate along with portions of the city of Santa Barbara and adjacent areas of Carpinteria and Summerland where “burn scars” posed a threat of mudslides, the Montecito Fire Department said.

Social media video posted online by TMZ.com showed a man paddling his kayak in the middle of a flooded street in Santa Barbara. The Los Angeles Times reported numerous road closures from flooding and debris flows, including sections of U.S. highway route 101 in Santa Barbara and Ventura counties.

Along the central California coast, some 14,000 people were ordered evacuated early on Monday from four Santa Cruz County communities inundated with flash floods, extreme tides and heavy runoff from local mountains, said Brian Ferguson, a spokesperson for the state Office of Emergency Services.

Nearly 4,000 more people in the town of Wilton remained under evacuation orders due to flood threats from breached levees along the Cosumnes River south of Sacramento, the state capital. Another 42,000 residents of roughly a dozen counties were under evacuation warnings, Ferguson said.

The torrential rains, along with heavy snow in mountain areas, were the product of yet another “atmospheric river” of dense moisture funneled into California from the tropical Pacific, powered by sprawling low-pressure systems churning offshore.

At least a dozen fatalities have been attributed to several back-to-back storms that have lashed California since Dec. 26, including a toddler killed when a redwood tree was blown over his family’s trailer home last week.

The six storms since just after Christmas have been accompanied by pounding surf that has battered seaside communities, as well as fierce, gale-force winds that have uprooted thousands of trees weakened by prolonged drought.

The National Weather Service (NWS) has warned the latest onslaught would impact most of California‘s 39 million residents, with up to 5 inches of additional rain expected to fall near the coast and more than a foot of snow on the Sierra Nevada mountains over the next few days.

The high winds have wreaked havoc on the state’s power grid, knocking out electricity to tens of thousands of Californians. As many as 120,000 homes and businesses were without electricity on Monday morning, according to data from Poweroutage.us.