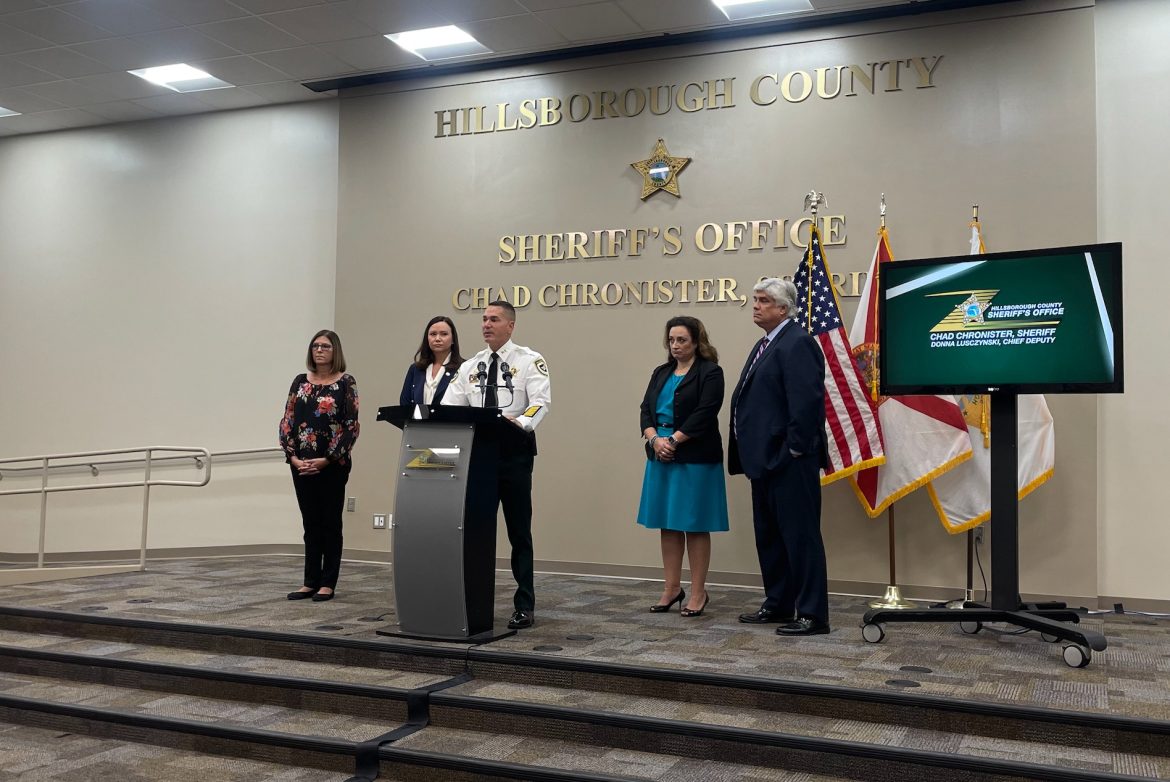 Eight women smuggled across the southern U.S. border were rescued from forced sex trafficking by Florida sheriff deputies following an arrest of their alleged smugglers.

The Hillsborough County Sherriff’s Office (HCSO) rescued the women yesterday after receiving a tip a week earlier of a possible human trafficking case. According to the sheriff’s human trafficking division, “The tip suggested that a victim was forced to perform commercial sex acts to pay off a $60,000 ‘debt’ for being brought into the United States from Cuba.”

Cubans smuggled into the United States often filtrated into America via the U.S.-Mexico border. During Fiscal Year 2022, U.S. border officials reported that there were 220,908 encounters with illegal immigrants originating from Cuba.

Smugglers have long been known to take advantage of individuals seeking entry into the United States. Criminal opportunists have set up booming empires, reportedly charging anywhere from a few hundred dollars to upwards of $15,000 per individual brought into the U.S.

The United Nations have issued warnings that those unable to pay smugglers fees “may fall victim to human trafficking that can include forced labor, sex slavery, and organ harvesting,” according to a Newsweek report. Those who seek out the service of smugglers often do so with knowledge of the risks. Women often take contraceptives in anticipation of the trip as women are often raped as part of the journey.

Many of these instances are never discovered as those who suffer from the crimes are afraid to report their assailants to law enforcement officials.

“These horrific acts of sex trafficking are among the most depraved crimes we have seen in a long time and highlight how criminals are taking advantage of Biden’s open border to advance their illicit trade,” Florida Attorney General Ashley Moody said, following the arrests.

She added, “I applaud the swift, courageous actions of Sheriff Chronister’s deputies and ensure my Statewide Prosecutors will hold the traffickers accountable in court for what they did to these eight women.”

The HCSO was tipped off to two suspects responsible for the indenture of multiple women in an illicit sex trafficking ring. Surveillance confirmed a connection to these suspects, Amet Ramon Maqueira De La Cal, 35, and Rosalia Leonard Garcia, 29.

Both Maqueira and Garcia were witnessed driving the eight women in separate SUVs to locations like a gentleman’s club, a gambling establishment, and a shopping center by detectives.

A search warrant executed on the apartments where the women were housed revealed a stolen firearm, which investigators believed was “used as an intimidation tactic” and to “scare them and threaten” their families as a means to force the women’s cooperation with the act.

“I have no doubt, that if the Hillsborough County Sheriff’s Office Human Trafficking Section had not stepped in when they did so, this heinous business would have continued, grown, and may have led to the death of one of the eight women rescued,” Sheriff Chad Chronister said. “These suspects did not care about anything else than making money off innocent lives, who were forced into deplorable living and working conditions.”

Marqueira faces an additional charge of grand theft for the possession of the firearm.

The victims were between the age of 19 and 24, according to HCSO.

Just yesterday, FISM reported on the all-time-record-shattering border apprehensions for Fiscal Year 2022. From Oct. 1, 2021 to Sept. 20, 2022, there were 2,378,944 migrant encounters in the “largest flow of unauthorized migrants into the U.S.” ever recorded during a single year.

FISM has also reported on the dangers that soft border policies have on American society through fentanyl smuggled over the border, the strain it places on local law enforcement, and the risk that illegally entering the U.S. poses to the migrants themselves.

The forced prostitution of the vulnerable young women rescued in Florida is another example of the resulting harm from an unaddressed border crisis.

Two weeks ago, the Florida attorney general’s office announced that authorities had arrested 25 people for operating a major drug trafficking operation with ties to a Mexican cartel.