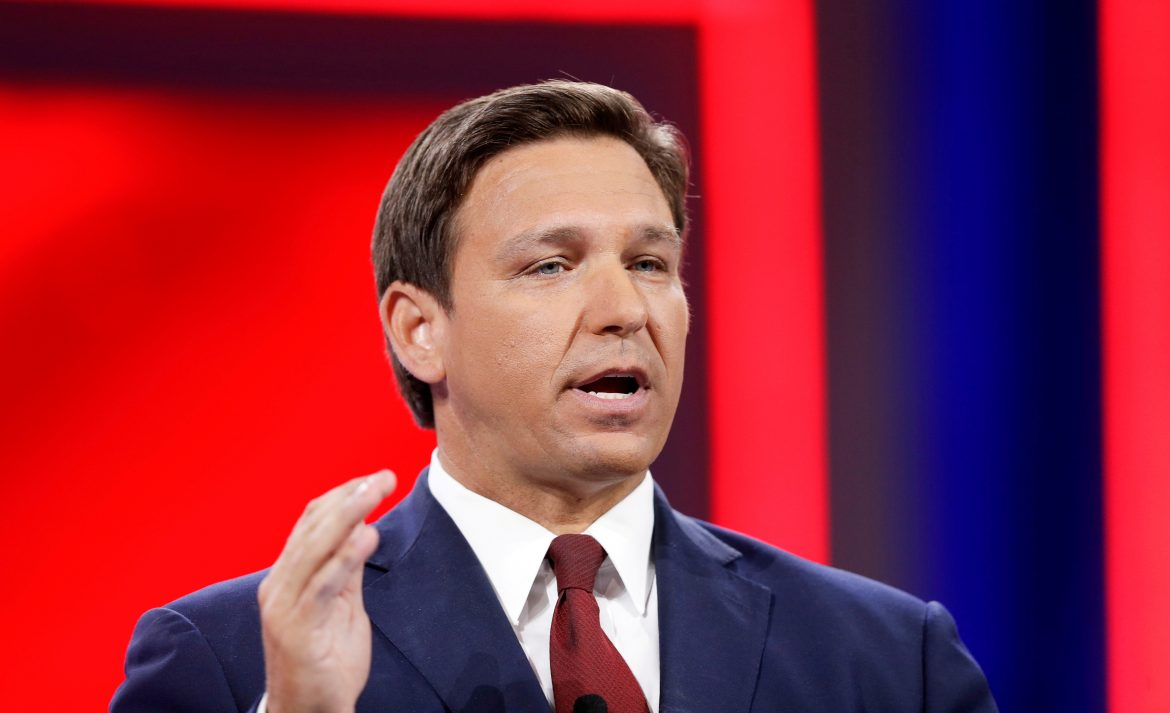 Governor Ron DeSantis is making waves once again by signing the “Fairness in Women’s Sports Act,” which prevents trans-females (or biological males) from competing in girls sports up to the collegiate level.

The Fairness in Women’s Sports Act ensures women and girls aren’t discriminated against in athletic competition. These female athletes deserve a level playing field and are entitled to pursue their dreams in contests that have integrity.https://t.co/S1jMGTnkZm pic.twitter.com/vrBSFFajxB

Florida joins seven other states that have taken actions to stop biological males from playing in women’s sports. The other states include South Dakota, Mississippi, Arkansas, Tennessee, West Virginia, Montana and Alabama.

At a press conference DeSantis explained what the bill entails,

The bill defines a student’s biological sex based on the student’s official birth certificate at the time of birth and as part of the bill we’re signing today, we’re not only making sure women have opportunities for scholarships and competition at the highest level, we’re also putting in statute ways to actually vindicate the rights of any women athletes who may be discriminated against. So moving forward, any student who’s deprived of an athletic opportunity, as a result of a violation of this law will have the right to civil remedies. Any school or public post secondary institution that suffers direct or indirect harm as a result of a violation of this bill, including by a governmental entity, accrediting organization or athletic association, can also pursue civil remedies. Any student who is subject to retaliation as a result of reporting a violation of this bill can also pursue civil remedies.

DeSantis signed the bill on June 1st, which marks the beginning of LGBTQ Pride Month, much to the chagrin of the left. When asked if the time was intentional or was meant to send any message, the governor said, “It’s not a message to anything other than saying we’re going to protect fairness in women’s sports,” adding, “We believe it’s important to have integrity in competition and we think it’s important they’re able to compete on a level playing field. You’ve seen what happens when you don’t have that.”

DeSantis has shrugged off threats from the NCAA who said they might not hold events in states that ban transgender athletes in women’s sports.

In an interview with Tucker Carlson on Fox News, DeSantis said, “If the price of having a tournament is that I have to deny equal opportunity to hundreds of thousands of young girls and women athletes throughout Florida, I am much more willing to stand with the girls. And to hell with these events.”