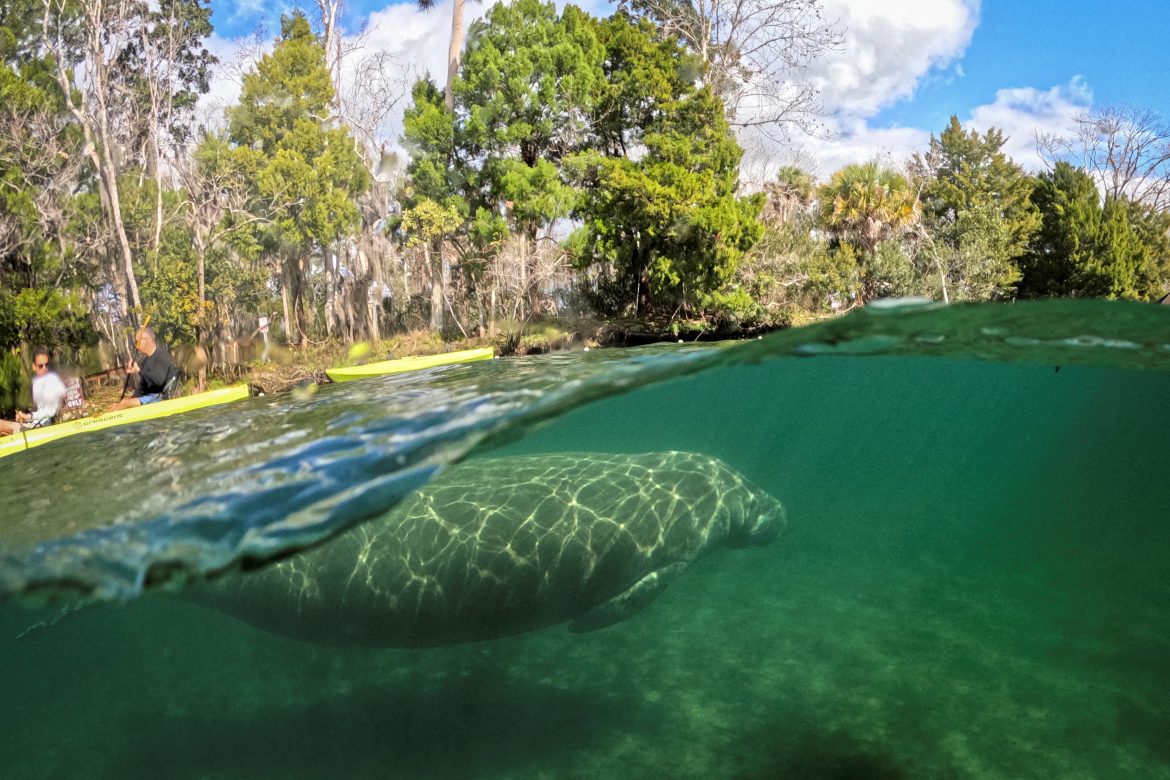 Florida manatees, the gentle sea mammals known as “sea cows,” are dying in Florida at an alarming rate, mostly of starvation as their main staple of seagrass disappears in the state’s Panhandle region, according to experts.

Out of an estimated population of 6,000 to 7,000 manatees in Florida, up to 1,000 died last year alone, manatee biologist James “Buddy” Powell told Reuters TV.

“I think what we see now is a wake-up call,” Powell said. “You’ll have thousands of manatees in an area, to which they come sort of expecting, you know, ‘Where’s the buffet?’ And they arrive and it’s not there. So, they have been starving and dying as a consequence to that starvation but also other health concerns associated with malnutrition,” Powell added.

Manatees are a protected species in Florida but their environment is not. They are particularly vulnerable because aside from the scarcity of seagrass in their habitats, they are also being affected by water pollution, injured by boats, and killed by red tide events, a toxic algal bloom.

Their populations on the western part of the Florida Panhandle are faring better thanks to lower human activity, fewer boats, less pollution, and greater efforts to restore coastal ecosystems and grow seagrass.

Sea and Shoreline, a non-profit organization headed by Powell and dedicated to aquatic restoration, has been growing seagrass in the manatee sanctuary of Crystal River, the manatee capital on Florida’s Gulf Coast.

“One of our biggest projects is the Save Crystal River Project,” said seagrass biologist Jessica Mailliez, who works with Sea and Shoreline to restore seagrass in the area.

“We have fully completed about 80 acres thus far and it’s been so successful that the 80 acres of grass we’ve planted has actually expanded to over 250 acres,” Mailliez added.

Manatees, which can grow up to 13 feet long and weigh up to 3,500 pounds, are herbivorous and survive almost exclusively on seagrass, but also can be fed romaine lettuce. They can live both in salty and fresh water and venture into rivers, springs, and inlets. They are gentle and docile, unafraid of humans, and reproduce very slowly — a calf every 2-1/2 years or so.

Seagrass is being killed off primarily by water pollution — fertilizer run-off as well as human and animal waste — and other human activities such as boats dragging their anchors across the seabed.

Florida Governor Ron DeSantis in May earmarked more than $30 million to enhance and expand manatee rescue, and rehabilitation efforts and provide habitat restoration for areas where manatees are highly concentrated. DeSantis last week issued an executive order with a proposed $3.5 billion investment over four years for Everglades restoration and water environment protection.

“So the recent executive order by Governor DeSantis is monumental,” Powell said. “I think it’s going to make a big difference in terms of trying to restore our coastal ecosystems.”