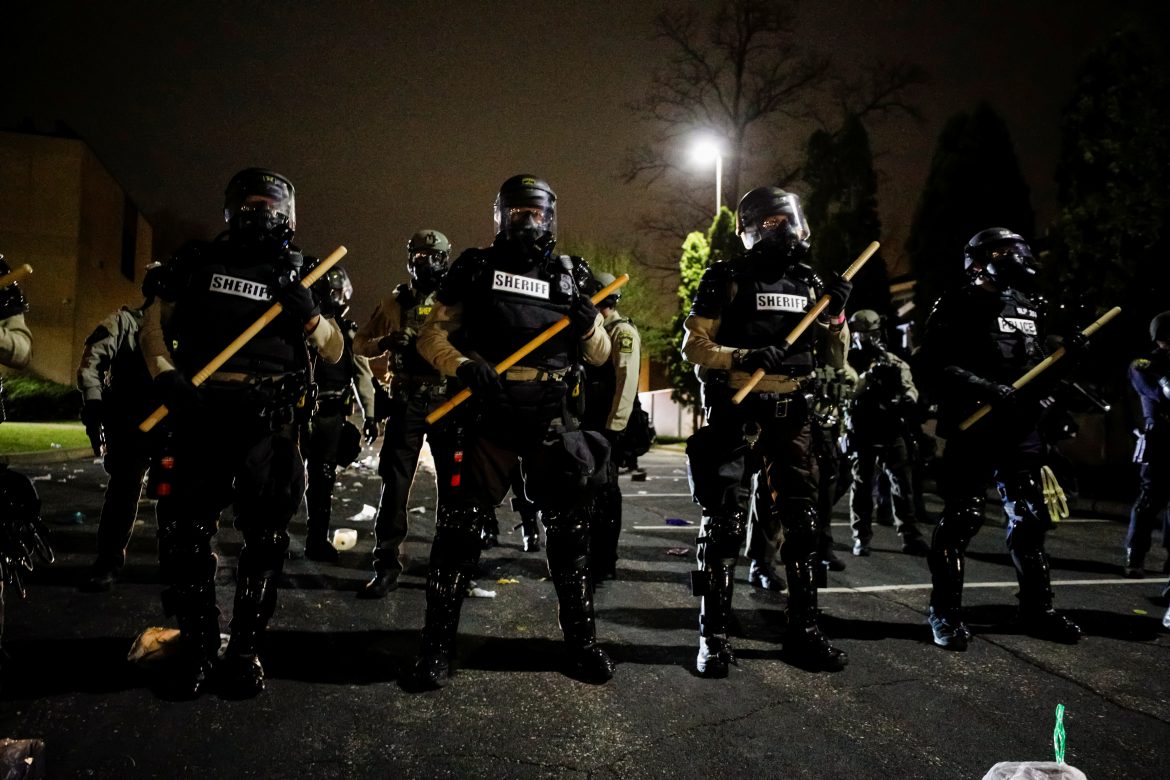 Today, surrounded by our state’s law enforcement community, I proudly signed HB 1 into law, which makes clear that rioting and violence have absolutely no place in Florida and provides protections for the brave men and women who keep our communities safe. pic.twitter.com/ULs6cx8xzy

WFLA reports “the law defines a ‘riot’ as a violent public disturbance involving 3 or more people acting with common intent resulting in injury to others, damage to property, or the imminent danger of injury or damage.”

It encourages local governments to quell mob-like behavior by holding municipalities legally liable for incurred damages if they tell law enforcement “to stand down.”

What our bill says, and what I’ll sign into law today, is that if you’re derelict in your duty as a local government, if you tell law enforcement to stand down, then you’re responsible for the damage that ensues. And if someone’s been harmed, or their property has been destroyed, then they can sue you for compensation.

The penalties for rioting have been increased and the law establishes a new second-degree felony: “aggravated riot.” According to WFLA an aggravated riot “occurs when the riot has more than 25 participants, causes great bodily harm or more than $5,000 in property damage, uses or threatens to use a deadly weapon, or blocks roadways by force or threat of force.”

The law also attempts to protect law enforcement budgets from attempts to “defund” the police, by giving local elected officials the power to challenge such decisions. It also provides the state government the ability to approve or change local budgets.