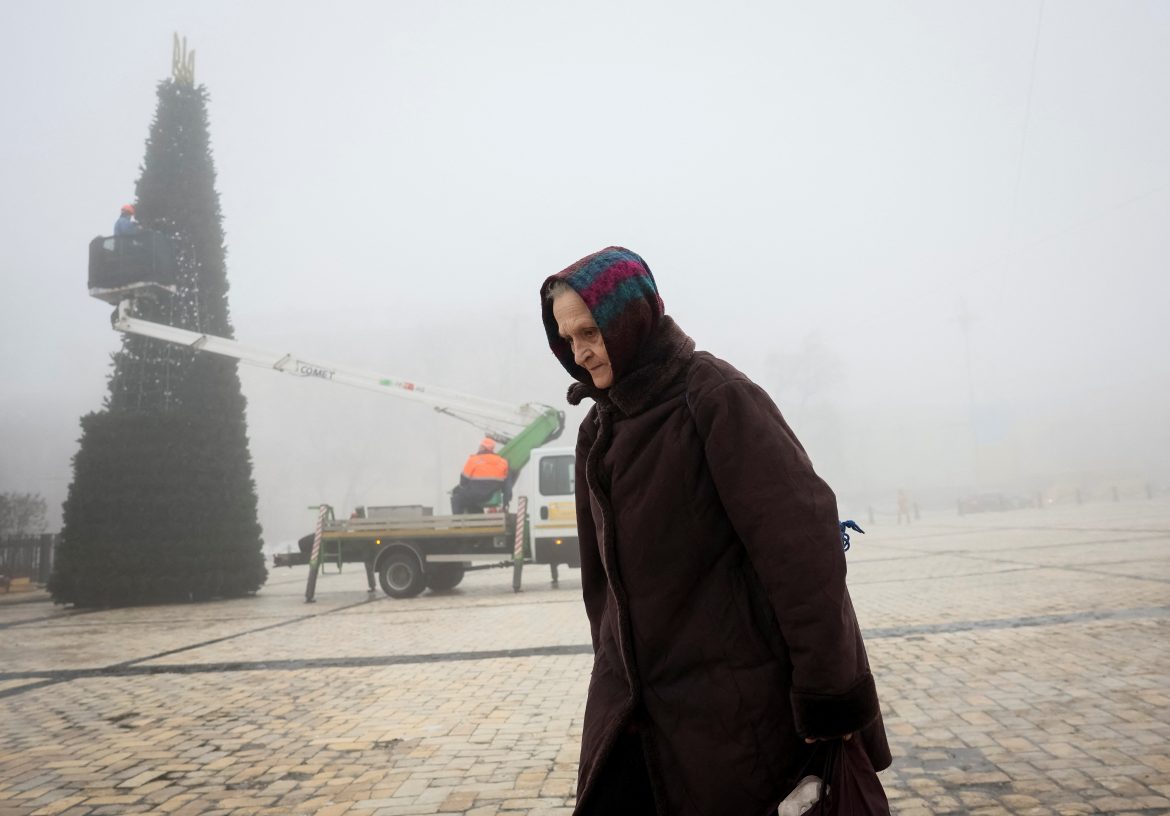 Basic services were being restored in Ukraine’s capital Kyiv on Saturday after the latest wave of Russian air strikes on critical infrastructure, as residents navigated a city gripped by fog and girded for a holiday season marked by uncertainty.

Mayor Vitali Klitschko said a quarter of Kyiv remained without heating but that the metro system was back in service and all residents had been reconnected to water supply by early morning.

Only around one-third of the city remained without electricity, he said, but emergency outages would still be implemented to save power. “Because the deficit of electricity is significant,” he wrote on the Telegram messaging app.

Ukrainian officials said Russia fired more than 70 missiles on Friday in one of its heaviest barrages since the Kremlin’s Feb. 24 invasion, forcing emergency blackouts nationwide.

Earlier this month, Klitschko had warned of an “apocalypse” scenario for the capital if Russian air strikes on infrastructure continued, though he also said there was no need yet for people to evacuate.

“We are fighting and doing everything we can to make sure that this does not happen,” he told Reuters on Dec. 7.

In a gloomy winter haze on Saturday, officials reopened a popular pedestrian bridge that had been damaged during an earlier air strike and were setting up a smaller-than-usual Christmas tree in a central square.

The vast space in front of the centuries-old St. Sophia Cathedral is traditionally anchored by a hulking evergreen at Christmas. But officials this year opted for a 12-meter (40-foot) artificial tree festooned with energy-saving lights powered by a generator.

Orthodox Christians make up the majority of Ukraine’s 43 million people.

Klitschko said the tree was funded by donors and businesses, and that no public celebrations would take place.

“I doubt this will be a true holiday,” said Kyiv resident Iryna Soloychuk, who arrived with her daughter to see the tree just hours after another round of air-raid alerts wailed across the country.

“But we should understand that we’re all together, that we should help one another.”

Time running out to ship gifts in time for Christmas