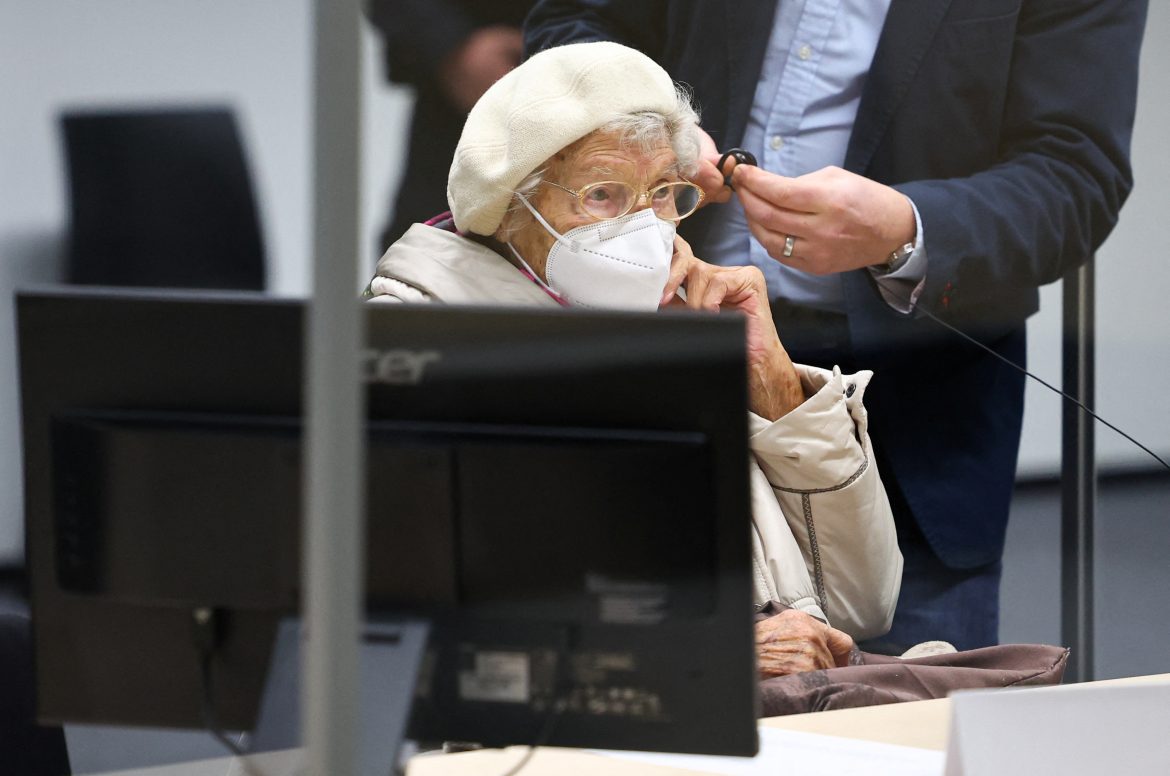 A 97-year-old woman who worked as a Nazi concentration camp secretary was convicted on Tuesday for her role in the murder of thousands of people, in what could be one of the country’s last trials for World War Two crimes.

The district court in the northern town of Itzehoe handed Irmgard Furchner a two-year suspended sentence for aiding and abetting the murder of 10,505 people and the attempted murder of five people, a court spokesperson said.

A statement from the court said the prisoners were “cruelly killed by gassings, by hostile conditions in the camp, by transports to the Auschwitz-Birkenau extermination camp and by being sent on so-called death marches.”

Some 65,000 people died of starvation and disease or in the gas chamber at the camp in Stutthof, near Gdansk in today’s Poland. They included prisoners of war and Jews caught up in the Nazis’ extermination campaign.

The defendant’s role there was to complete paperwork that “was necessary for the organization of the camp and the execution of the cruel, systematic acts of killing”, the court’s statement added.

“It is very important for the survivors and for us today that this trial was brought to an end .. and that there was a verdict which established guilt,” said state prosecutor Maxi Wantzen.

The indictment had originally charged Furchner with aiding and abetting the murders of 11,412 people, but there was insufficient evidence to convince the court of her guilt for every single case.

Furchner was wheeled into court wearing a cream-colored winter coat and beret, and with a blanket over her lap. Her defense lawyer would not comment when asked by reporters how she took the ruling.

In a closing statement at the trial earlier this month, Furchner said she was sorry for what had happened and regretted that she had been in Stutthof at the time.

“Only a secretary, you might say, but the role that even a secretary had back then in the bureaucracy of a (concentration camp) is a significant one,” Wantzen said.

Furchner worked at Stutthof, between 1943 and 1945 and was sentenced under juvenile law because she was aged between 18 and 19 at the time.

The start of Furchner’s trial was delayed in September 2021 when she briefly went on the run. She was caught hours after failing to turn up in court.

She is the latest in a series of nonagenarians to have been charged with Holocaust crimes in what is seen as a rush by prosecutors to seize the final opportunity to enact justice for the victims of some of the worst mass killings in history.