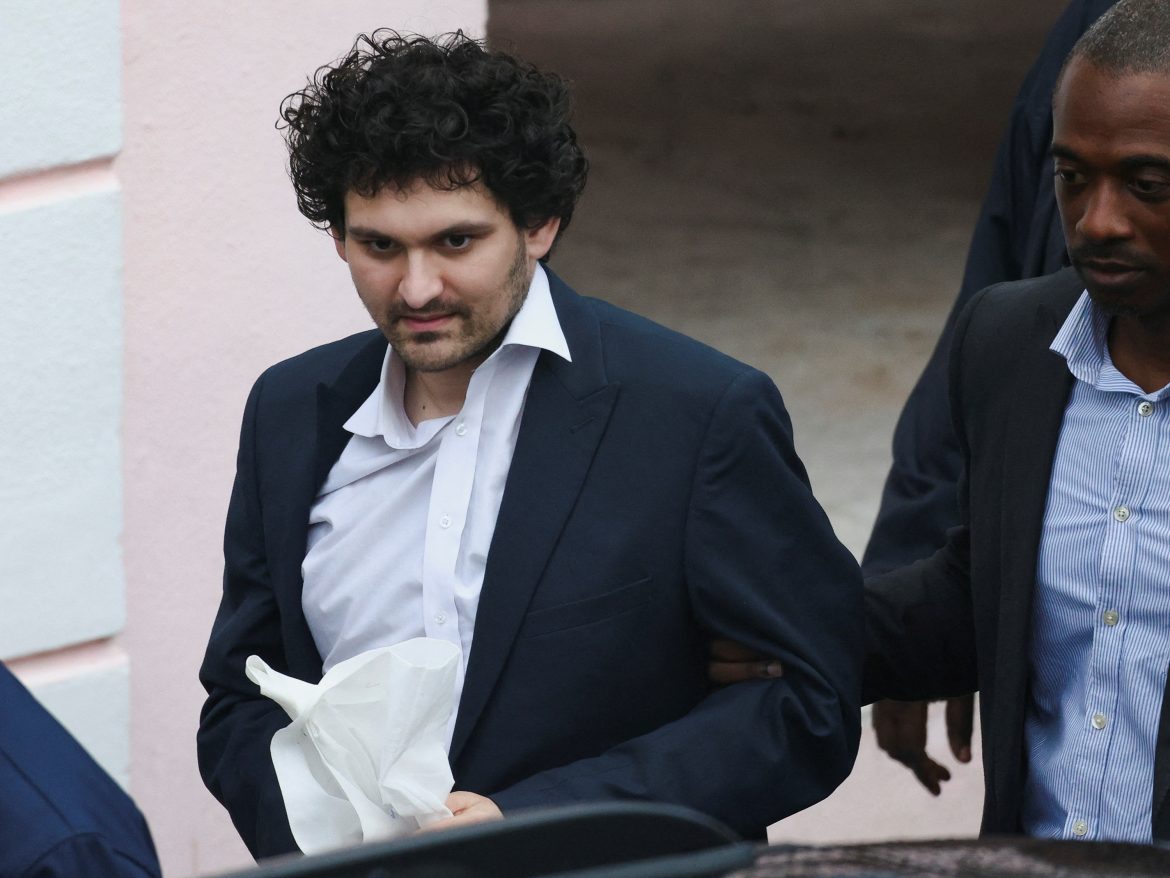 FTX founder and former CEO Sam Bankman-Fried was released from federal custody on $250 million bond Thursday as he awaits his trial for what prosecutors are calling “a fraud of epic proportions.”

U.S. Magistrate Judge Gabriel Gorenstein issued the ruling at a U.S. district court in Manhattan, N.Y. after prosecutors and Bankman-Fried’s lawyers agreed to the terms of a bond arrangement. After being fitted with an ankle monitor, Bankman-Fried was released into his parents’ custody and is now on house arrest at their home in Palo Alto, Calif. His next hearing is scheduled for Jan. 3.

The $250 million arrangement is what’s known as a personal recognizance bond, meaning that Bankman-Fried was not required to post the full collateral requirements of the bail. The bond was secured by his parents and is to be signed by two other unnamed people with significant financial assets.

Bankman-Fried was also ordered to surrender his passport, and will only be able to leave his parents’ house for exercise and mental health and substance abuse treatment. He is prohibited from opening any new lines of credit or making transactions above $1000, other than legal fees, without the court’s approval.

Bankman-Fried faces charges for allegedly using funds invested in his cryptocurrency exchange FTX to finance his lavish lifestyle, offset losses at his hedge fund, Alameda Research, and make millions of dollars in political donations, mostly to Democrats running for election in 2022.

The arrangement comes after Bankman-Fried was arrested in the Bahamas last week. He agreed not to contest extradition to the U.S. on Monday and was flown to New York Wednesday night to face federal charges.

Assistant U.S. Attorney Nick Roos, serving as prosecutor in the case, said that Bankman-Fried’s decision not to fight extradition was a key factor in the decision to grant him bail.

“If he had resisted, we would have opposed release,” Roos told the judge. “But his assets have diminished. This is a financial crime and he no longer works for FTX or Alameda. So risk to the community is a marginal consideration. We propose a restrictive bail package.”

Roos said that he believes that the $250 million bail represents “the highest ever pretrial bond.” The amount is 25 times that of Bernie Madoff’s $10 million bond for his multi-billion dollar Ponzi scheme, and 50 times more than former Enron CEO Jeff Skilling’s $5 million bond. However, more than a few eyebrows were raised by the fact that Bankman-Fried was able to post bail after claiming last month that he had only $100,000 in his bank account.

Federal prosecutors also announced just after Bankman-Fried’s flight took off from the Bahamas Wednesday that two of his top associates, FTX co-founder Gary Wang and former Alameda CEO Caroline Ellison, had pleaded guilty to charges of wire fraud, securities fraud, and commodities fraud and were cooperating with authorities.

However, the company crashed after investors rushed to pull out investments after reports of suspicious dealings between FTX and Alameda, causing the company to go bankrupt. According to federal regulators, at least $8 billion in customer funds is missing.