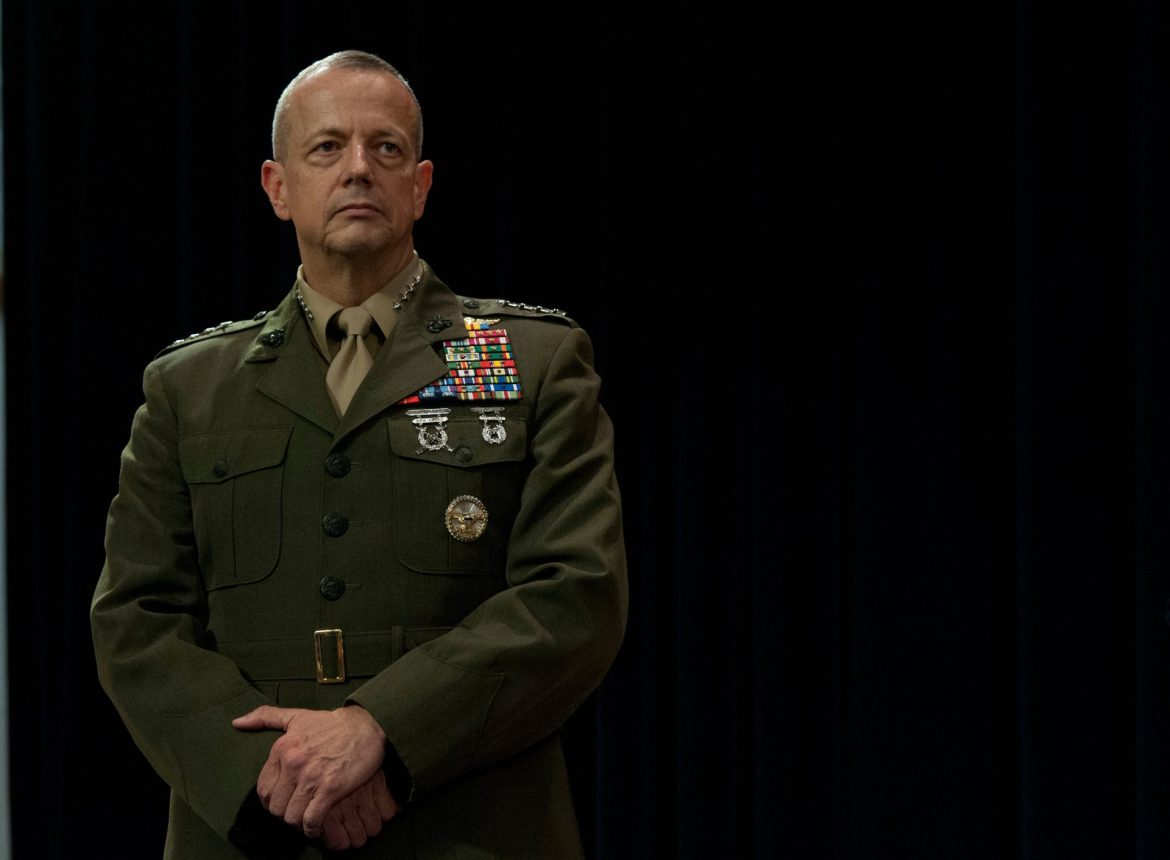 Marine Gen. John Allen has resigned from his post as president of The Brookings Institution due to allegations that he illegally lobbied for the interests of the nation of Qatar.

Allen is currently under FBI investigation for allegedly assisting the Middle East nation in navigating its diplomatic crisis in 2017 according to a Federal Bureau of Investigation affidavit cited by The Wall Street Journal.

According to the publication, the FBI inadvertently made the affidavit public last week, offering the public a look at a widespread investigation into Qatar’s attempt to influence the U.S. government during the Trump administration as the Middle East nation was in the midst of troubles with their neighbors. The document was sealed again last Wednesday but is publicly available through a separate, nonprofit legal-research website.

Around the time that the affidavit went public, a spokesman for Allen said that the narrative outlined in the document was “factually inaccurate, incomplete, and misleading,” going on to say that Allen had voluntarily cooperated with the investigation referenced in the report and said all efforts made regarding Qatar were to protect the interests of the U.S.

The institute, however, revealed that Gen. Allen had been placed on administrative leave last week, saying in an email addressed to the “Brookings Community” from the group’s co-chairs that the organization’s board of trustees said Allen traveled to Qatar in a personal capacity before he took up his Brookings post while distancing themselves from the FBI investigation and scandal.

“Brookings is not the subject of a federal investigation into a personal trip Allen took to Qatar in 2017 before he became president of the institution. Brookings receives no funds from the government of Qatar,” the institution said in a statement announcing Allen was placed on leave.

The Washington-based think tank issued a public statement Sunday, thanking Allen for his time and efforts with the group, putting particular emphasis on his service to the institute through the pandemic and his time in the United States military.

Allen said in his statement, according to the New York Post, “While I leave the institution with a heavy heart, I know it is best for all concerned in this moment. I spent forty-five years in dedicated service to the American people and United States, serving our country and our precious citizens in peace, crisis, and war,” he wrote. “I did so with the greatest sense of humility and pride in having been part of something greater than myself.”

A representative for Allen had a sterner response, saying, “Gen. Allen has done nothing improper or unlawful, has never acted as an agent of Qatar or any foreign government or principal, and has never obstructed justice. Through decades of public service in combat and diplomacy, General Allen has earned an unmatched, sterling reputation for honor and integrity.”

According to Allen’s biographical information on the Brookings Institute website, Allen spent almost four decades in the military and served in the Marine Corps and the Joint Force, in command and staff positions. He commanded 150,000 U.S. and NATO forces in Afghanistan from July 2011 to February 2013 and was the first Marine to command a theater of war.