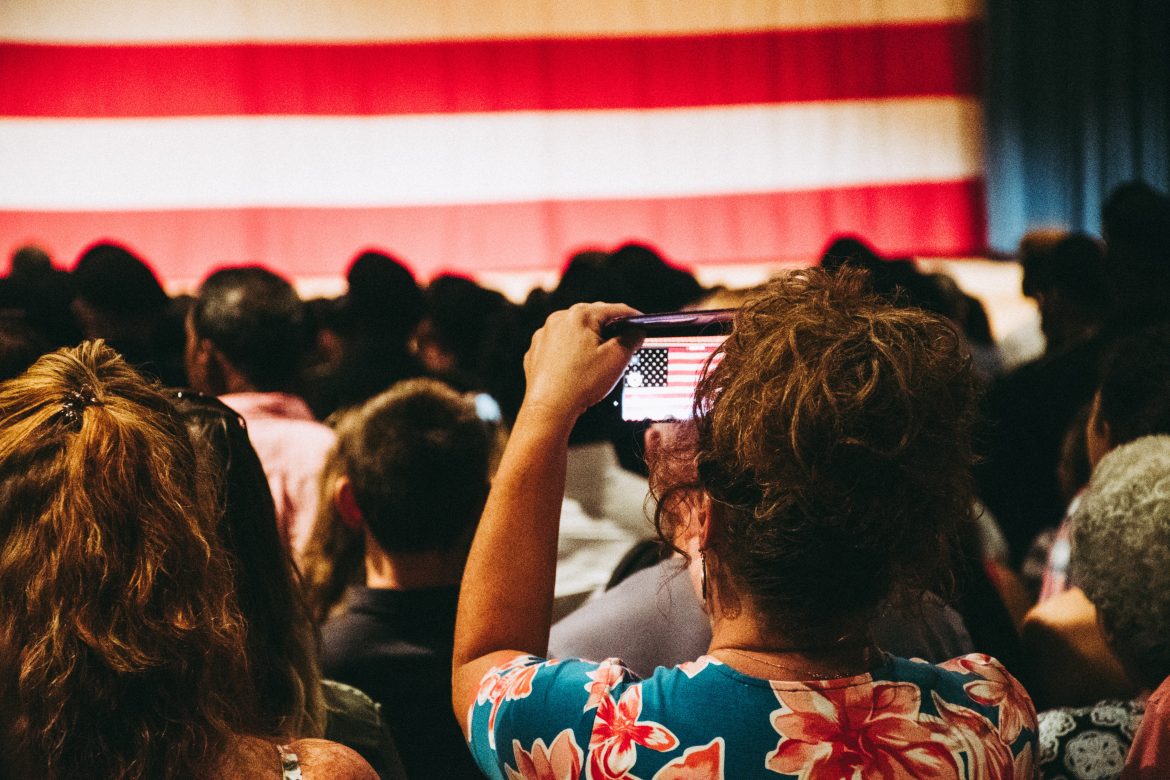 Amid the near-daily barrage of transgender ideology that is permeating American schools, entertainment, social media, and corporate powerhouses, a different revolution is taking place. A small but growing number of people who once lived the LGBTQ lifestyle gathered in the nation’s capital over the weekend to share how Christ completely transformed their lives.

Roughly 100 formerly-LGBTQ-identified individuals gathered at the Sylvan Theater in Washington D.C. on Saturday for the annual Freedom March, which was live-streamed to over 1,000 virtual attendees, according to a Christian Post report.

During the ecumenical Christian event punctuated with worship music and prayer, several individuals shared their personal testimonies of how the Holy Spirit called them out of the LGBTQ lifestyle and into the family of God.

Some described childhood and relationship trauma that resulted in confusion about their sexuality, including a man who shared that he was sexually abused and even trafficked as a young child. Today, he credits Christ with transforming his life, including his marriage to a woman.

Freedom March cofounder Luis Javier Ruiz, a survivor of the Pulse gay nightclub mass shooting in Orlando, recounted that this year’s gathering was accidentally double-booked with an LGBTQ pride group, which Ruiz believes was by God’s design.

“A group of overcomers, free from the LGBT identity, now coming into a place where everybody here was for gay pride,” Ruiz told the Christian Post, adding, “I just love seeing the hand of God.”

“Sometimes church is just too churched. This is part of evangelism, to bring people out so everyone can hear the gospel.”

Ruiz acknowledged that an alarming number of young people have abandoned the Christian faith but said God is still at work and continues to draw more people into a relationship with Him.

“What I love about this is that there are Baptists, Pentecostals, Catholics, all types of people coming together in the name of Jesus, saying that change is not only possible, but it’s real through Jesus,” Ruiz said. “I get excited when I see an Adventist brother, a Church of God brother … it brings me so much joy to see how the Lord is unifying the Body of Christ.”

“We call each other, do Bible studies together, encourage each other … it has built a family, and it’s a young family,” he said.

McCall, who once lived as a trans-identified person and embraced a homosexual lifestyle before encountering Christ, said that over the past few years, he’s observed the way that transgenderism and “gender identity” has consumed nearly every aspect of culture, but says God is moving supernaturally to reach the hearts and minds of young people.

“We were warned thousands of years ago [in Scripture] that the world is going to get darker, and so we have to be that light,” McCall said.

He added that during a recent time of prayer, he felt the Lord convey a message of encouragement to him by revealing that, while the enemy can mobilize large groups of people to execute his plans, God can use an individual or small remnant of people to carry out His will.

McCall shared this message of encouragement to Freedom March attendees, reminding them that Gideon defeated the Midianites with only 300 men.

“We’re a small remnant doing the Lord’s will,” he said.

Board member Kim Zember said she and other members believe that the Holy Spirit has been drawing more people to hear their testimonies of hope and transformation through Christ.

“As confusion is spreading throughout the nation and the world, not just within the LGBT community, but really just as a whole, people are seeking.”

Zember was asked to describe what she sees God doing among the LGBT community and the Freedom March tribe. She replied: “To love His children back to His heart.”

Thank you for all your truthful news. It’s a refreshing Blessing. Maranatha!