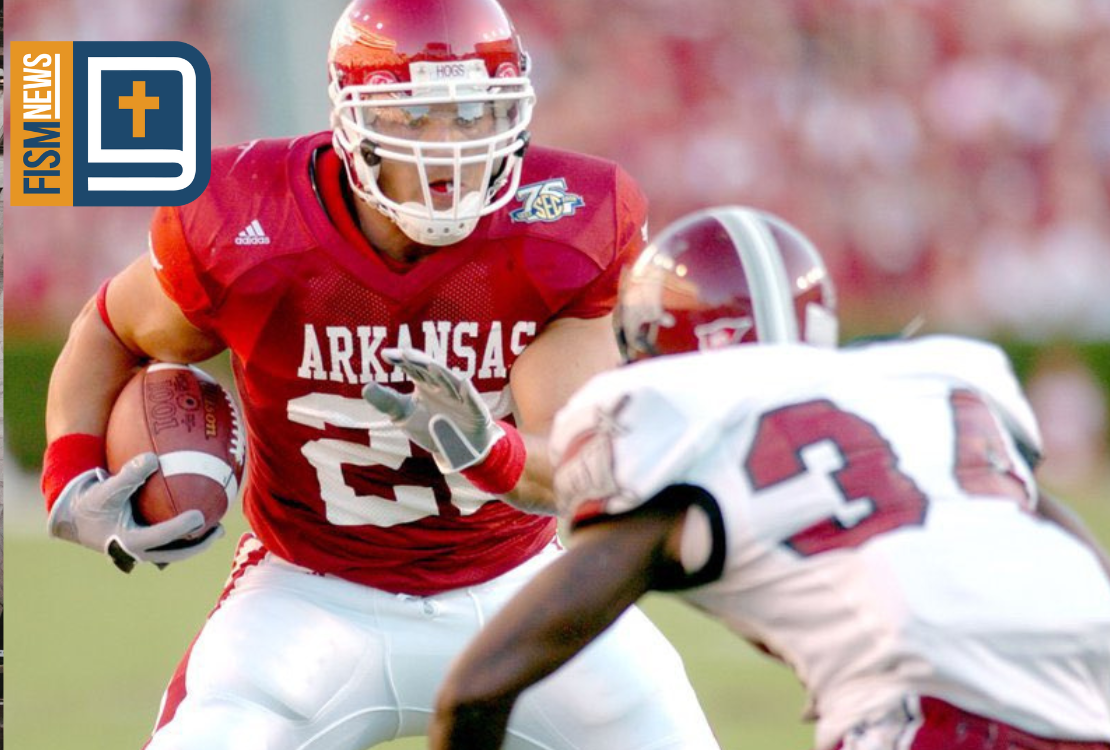 Former NFL running back Payton Hillis is in critical condition but healing after heroically saving his children from drowning at sea, according to several reports yesterday.

The news comes on the heels of the inspiring reports of the road to healing for Buffalo Bills’ safety Damar Hamlin following his horrifying on-field cardiac arrest this past Monday,

Payton Hillis, who spent seven years in the NFL as a running back from 2008-2014, is reportedly in critical condition but trending in a positive direction after rescuing his children from drowning in the Gulf of Mexico off the coast of Pensacola, Fla.

Former Arkansas and NFL RB Peyton Hillis is rumored to be in critical condition after saving his children from drowning in the ocean. His kids are reportedly safe and healthy, but Peyton could use thoughts & prayers! pic.twitter.com/cIiwr9L5G3

Numerous reports indicate that Hillis’s children — a boy and a girl — are in stable condition. Meanwhile, the 36-year-old Hillis is still in intensive care, but on Thursday, his uncle announced on Facebook that he is making positive strides.

I just wanted to let everyone know on Razorback Nation that Peyton is doing better. He’s still in intensive care and having some problems with his kidneys and his lungs but doctors say he is improving. I just wanted to head off any rumors that may be started. I’m sure he would want everyone to know that he appreciates all of the prayers being thrown up on his behalf!!!

Hillis starred at the University of Arkansas in college before the Denver Broncos drafted him in 2008. He had his best season with the Cleveland Browns in 2010, when he rushed for almost 1,200 yards and scored 11 touchdowns.

The news comes alongside a flurry of positive reports about Damar Hamlin, who is now awake and reportedly spoke with his teammates via video call from the hospital.

If this past week has shown sports fans anything, it is that there are more important things in life than sports. We have seen countless examples of media personnel and athletes coming before the Lord in prayer, first for Damar Hamlin and now for Payton Hillis.

There is much to dissect from both of these reports, but I want to focus on Hillis for now.

In his heroic actions, Hillis exemplified a vital character quality for Christians, which is sacrifice.

According to the reports, Hillis risked his own life to save the life of his two children. He succeeded, and he is now battling for his own life.

We must have this same attitude in our Christian lives. May we love one another to the very end, no matter the cost.

Many of us would, as Hillis did, risk our very lives to save our children. But would we do this for those who are more difficult to love?

Does this mean you are required to physically give up your life? Not necessarily. Rather, think of it as a daily laying down of your own self-interests, your wants, and desires, to the benefit of those in your care. Please understand — the day might come when you are faced with the chance to give your life for another. The same heart of selflessness applies to both, whether in a daily sacrifice or the ultimate sacrifice.

May we do this every day, for the glory of God. Why? I believe the answer is simple — the example has been set for us by Jesus Christ.

Let nothing be done through selfish ambition or conceit, but in lowliness of mind let each esteem others better than himself. Let each of you look out not only for his own interests, but also for the interests of others.  – Philippians 2:3-4

Jesus, at great cost to Himself, set forth to rescue His own, even though His own were not worth rescuing. Jesus laid down His life for His beloved. May we have this same attitude for those who God has sovereignly placed in our sphere of influence.

As you remember to pray for these two athletes in recovery, ponder with a thankful heart the greatest sacrifice ever made:  the substitutionary death of Jesus Christ, the Son of God, on the cross. Thanks be to God for this indescribable gift.

This is My commandment, that you love one another as I have loved you. Greater love has no one than this, than to lay down one’s life for his friends.  – John 15:12-13