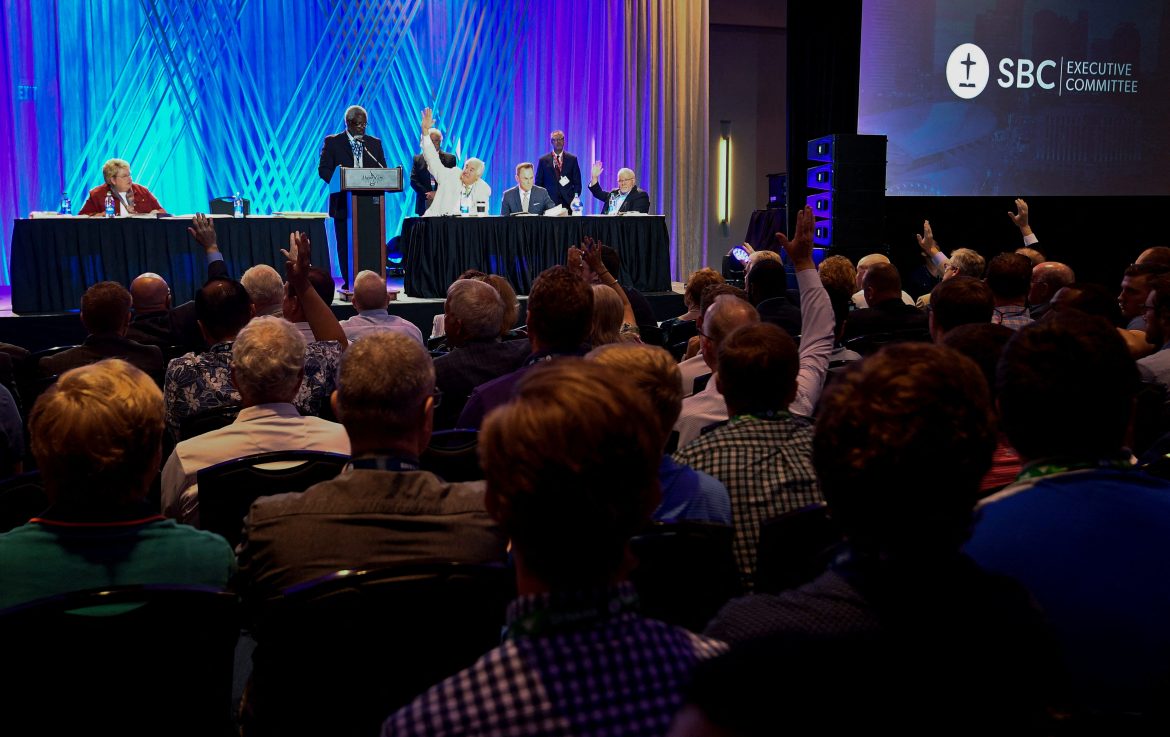 In May 2022, Hunt was named in the 288-page report released by Guidepost Solutions, an independent firm that was looking into alleged mishandling of sexual abuse cases in the SBC. Hunt was accused of sexually assaulting a young pastor’s wife following the 2010 SBC annual meeting in Orlando.

Just six months after being suspended as pastor emeritus of FBC Woodstock and resigning from his position with NAMB, Hunt declared from the Hiland Park Baptist Church pulpit that God’s calling on his life is irrevocable.

“God is omniscient. When God calls you to do something, and you begin to think you’re no longer qualified to do it – hold on just a moment. You don’t think He knew your past, your present and your future when He called you? And so He already knew that, and yet He still placed his hand and His calling on you,” Hunt said during his sermon.

Mike Keahbone, vice chair of the SBC’s Abuse Reform Implementation Task Force, said, “It grieves me deeply that Johnny Hunt would not have the spiritual and emotional intelligence to realize the deep trauma that he is causing. Not only to the victim of his abuse but also to all survivors who are watching and re-living their pain as they watch him return to the very platform that he caused harm from.”

Hunt’s return to the spotlight could not come at a worse time for the SBC. The largest protestant denomination in the U.S. has been trying to figure out how to handle the alleged abuses and cover-ups uncovered by the Guidepost Report, and to have one of the most recognizable names from that report preaching again, just six months later, shows that at least some inside the SBC are not taking it seriously.

It is clear from investigators and from Hunt himself that something happened during their time in Orlando. In an open letter Hunt admitted to inappropriate behavior with the other pastor’s wife, but adamantly denied that any sexual assault took place. He wrote, “The most absurd allegation is that this brief, consensual encounter constituted assault. It did not. This is the reason why I denied the accuracy of the report, and why I deny it, now.”

The text of the report, on the other hand, states, “Our investigators found the pastor and his wife to be credible; their report was corroborated in part by a counseling minister and three other credible witnesses; and our investigators did not find Dr. Hunt’s statements related to the sexual assault allegation to be credible.”

The SBC is different from most mainline denominations in that each individual church is autonomous and does not ultimately answer to higher authorities within the denomination. While this gives each church the ability to function with its own leadership and in its own context, it makes it more difficult to hold pastors and other leaders accountable.

It is because of this lack of accountability that people accused of sexual assault like Pastor Hunt can be “restored” to pastoral leadership without any type of formalized process. According to Baptist News Global, “In November, a group of four pastors organized by Hunt to oversee his ‘restoration’ announced they had now deemed him repentant and fit to return to public ministry.”

Hunt will be preaching in February at Home Church in Tennessee and then in several states for the “Jubilee Gospel Conference.”