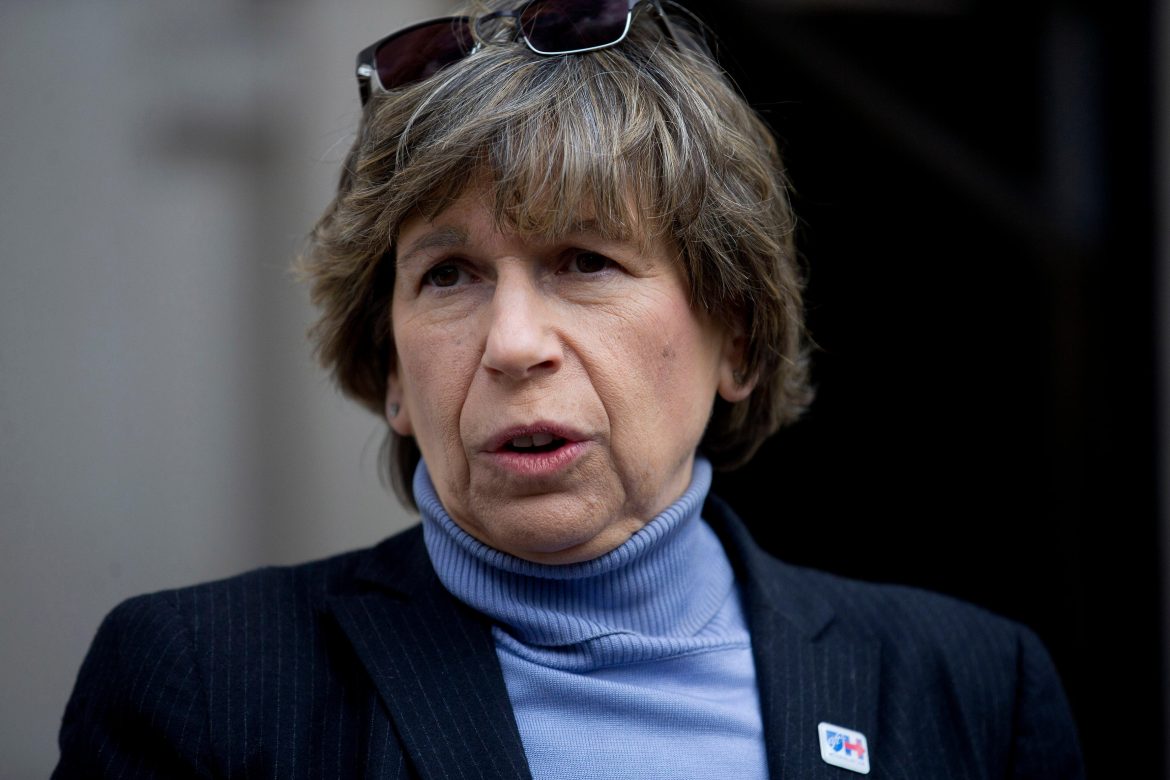 Randi Weingarten, the head of the American Federation of Teachers (AFT) union, is the “most dangerous person in the world” according to former Secretary of State Mike Pompeo.

The potential presidential candidate made the remarks in an interview with Semafor, a global news company over the weekend.

After being elected AFT president in 2008, Weingarten has come under fire for pushing Critical Race Theory in schools, dictating policies for many so-called “woke” school boards, and imposing mask mandates at schools.

“If our kids don’t grow up understanding America is an exceptional nation, we’re done. If they think it’s an oppressor class and an oppressed class, if they think the 1619 Project, and we were founded on a racist idea — if those are the things people entered the seventh grade deeply embedded in their understanding of America, it’s difficult to understand how Xi Jinping’s claim that America is in decline won’t prove true,” Pompeo said.

“It’s not a close call. If you ask, ‘Who’s the most likely to take this republic down?’ It would be the teacher’s unions, and the filth that they’re teaching our kids, and the fact that they don’t know math and reading or writing,” Pompeo added.

“These are the things that candidates should speak to in a way that says, ‘Here’s the problem. Here’s a proposal for how to solve it. And if given the opportunity, these are the things I will go work on to try and deliver that outcome that fixes that problem,’” Pompeo said in closing. “Pretty straightforward stuff.”

On Tuesday, Weingarten hit back at Pompeo with this tweet: “I know that Mike Pompeo is running for president, and frankly I don’t know whether to characterize his characterization of me in the @daveweigel interview as ridiculous or dangerous.

I know that Mike Pompeo is running for president, and frankly I don’t know whether to characterize his characterization of me in the @daveweigel interview as ridiculous or dangerous. https://t.co/5QBx2lE0K4

Later that day, Pompeo doubled down on his warning against the leftist agenda being pushed by schools saying, “Our greatest long-term threat isn’t an external enemy. It’s teachers unions that push toxic wokeness on kids instead of teaching real American history, reading, and math.

In August, while attending the New York State United Teachers conference, Weingarten claimed that conservatives are trying to “undermine” educators. She also said that “schools are a way of creating pluralism and diversity” and decried those who oppose their agenda saying “that’s why there’s censorship of books and lessons, and calling educators ‘woke.'”

In an effort to defend parents’ fundamental rights against efforts to shut them out of their children’s education, U.S. Senator Josh Hawley of Missouri introduced the Parents’ Bill of Rights Act. The bill would allow parents to sue federally-funded schools that do not protect certain basic rights, like the right to know what their child is being taught.

“America has long recognized the right of parents to direct their children’s education but we are now seeing a concerted effort by the Left to shut parents out. Whether it’s Joe Biden’s Justice Department attempting to classify parents as ‘domestic terrorists’ or activists funded by dark money who seek to quietly introduce critical race theory into school curricula, education has taken a back seat to radical politics in many schools and parents are taking notice. It’s time to give control back to parents, not woke bureaucrats, and empower them to start a new era of openness in education,” Sen. Hawley said.

The Parents’ Bill of Rights Act would also empower parents to enforce the right to know what their minor child is being taught in school, including curricula, books, and other instructional materials.