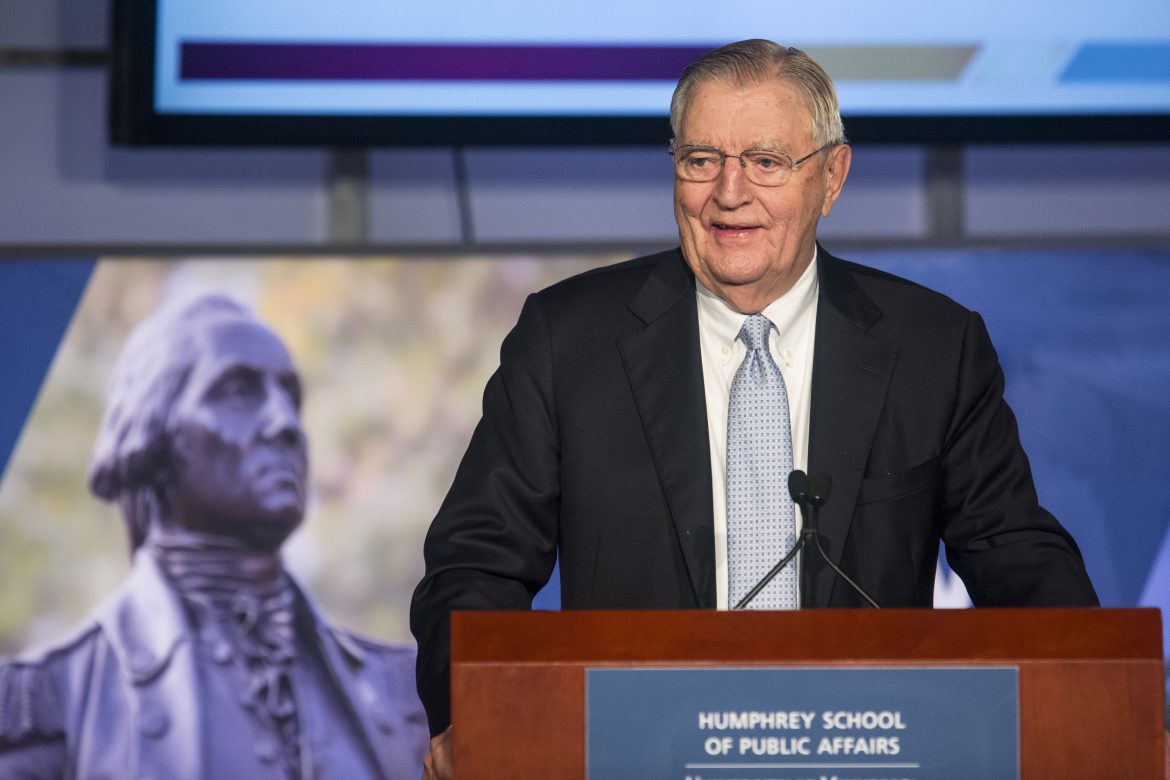 Walter Mondale, former U.S. Vice President under the administration of Jimmy Carter in the late 1970s, died Monday in Minneapolis from natural causes.  He was 93 years old.  96-year-old President Carter released a statement on Tuesday honoring the life of his friend and running mate:

Today I mourn the passing of my dear friend Walter Mondale, who I consider the best vice president in our country’s history.  He was an invaluable partner and an able servant of the people of Minnesota, the United States, and the world.

Mondale was born in 1928 as the son of a preacher in Minnesota.  He served in the U.S. Army for two years in the 1950s, and spent the majority of his life in the political sphere for the Democratic Party.  In the 1960s and 1970s, he served as a Senator in Washington, and when Jimmy Carter announced that he was running for president in 1976, he chose Mondale as his running mate.

After the Carter administration lost the 1980 election to President Ronald Reagan, Mondale announced he was running for president on the Democratic ticket in 1984.  He was soundly defeated by the wildly popular Reagan but returned to prominence in Washington under the administration of President Bill Clinton.  He served as the U.S. Ambassador to Japan from 1993 to 1996.

Mondale was married to his wife Joan for nearly 60 years before her death in 2014. They had three children – Theodore, William, and Eleanor, who died in 2011.  Mondale is survived by his two sons.

A Moment In History: George Whitefield