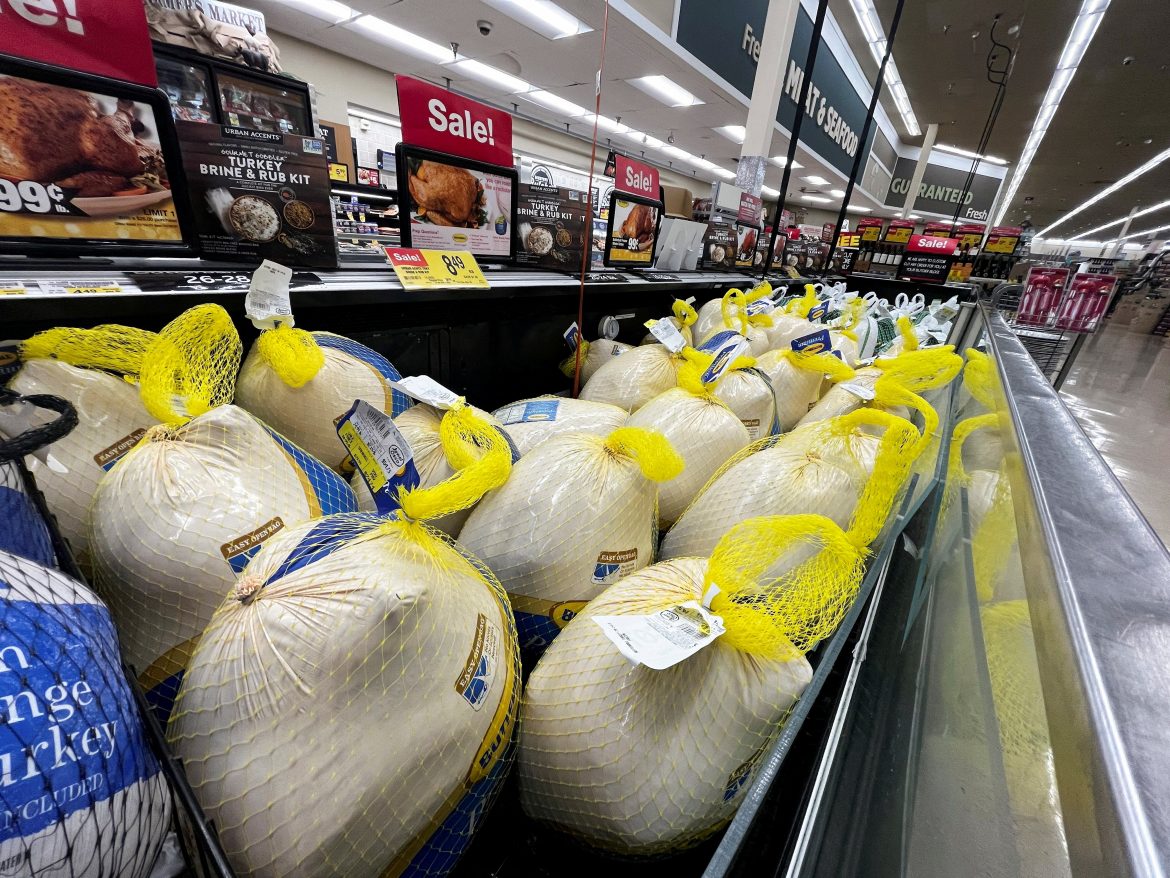 Cooks may have to put away their oversized platters for serving turkey this Thanksgiving.

Birds weighing in at a hefty 18 to 20 pounds, enough to feed more than one dozen people, are in short supply this year as a U.S. outbreak of avian flu has wiped out flocks nationwide, just as many Americans plan a big gathering for the November holiday.

With more people looking to celebrate together following the COVID-19 pandemic, there is increased demand for oversized drumsticks and meaty breasts, according to U.S. poultry and food suppliers.

Avian flu has eliminated about 8 million turkeys through fatal infections and cullings to control outbreaks, representing almost 4% of the nation’s flock, according to U.S. government data. Production of turkey meat this year is forecast to fall 7% from 2021, the government said.

“I think it’s going to be very, very difficult to find a large turkey come the week of Thanksgiving,” said Kevin Lindgren, director of merchandising at Baldor Specialty Foods in New York. “The largest shortage will be anything about 18 pounds and up.”

If a farm has an outbreak, producers must disinfect their barns after culling turkeys and wait about six months before restocking. It can then take up to 20 weeks for farmers to produce a heavy male turkey, known as a tom.

“Some of the turkeys that are being raised right now for Thanksgiving may not have the full amount of time to get to 20 pounds,” U.S. Agriculture Secretary Tom Vilsack told reporters on a Nov. 1 call.

The National Turkey Federation acknowledged that cooks in some geographic areas could see limited supplies of big turkeys. But the industry group noted there is not a shortage nationwide.

Frozen supplies of whole hens, the female turkeys that tend to weigh 16 pounds or less, at the end of September were 9% higher than a year earlier, according to the latest U.S. Department of Agriculture data. Frozen inventories of whole toms, which generally weigh 16-24 pounds at the store, were down 17%.

On the East Coast, Baldor sees a shortage of the bigger sizes as large Thanksgiving celebrations make a comeback, Lindgren said. Shoppers are resuming traditional purchases of turkeys around 18 pounds, after downsizing their birds for smaller gatherings over the last two years, he said.

Just 23% of respondents to a NielsenIQ survey plan to celebrate Thanksgiving with fewer than six people, compared with 70% during the first year of the pandemic in 2020, the firm said.