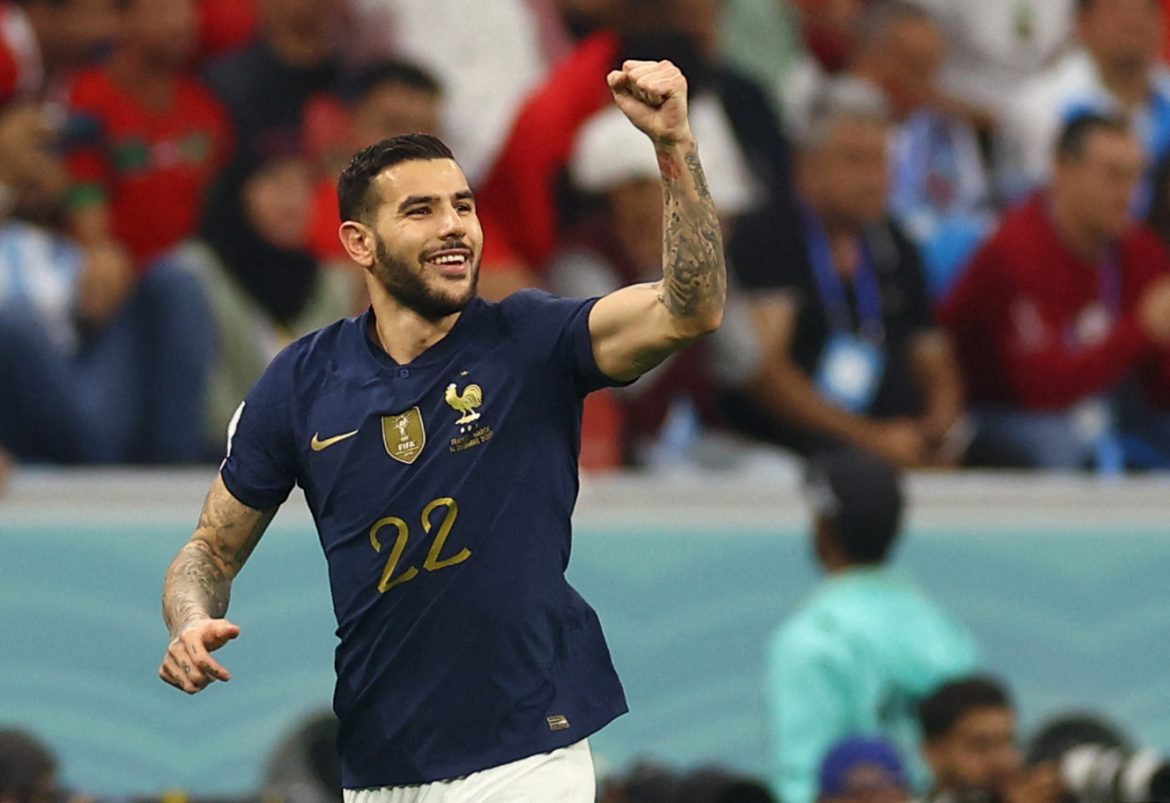 France held their nerve to overcome a gallant Moroccan effort and secure an opportunity to retain their World Cup crown, beating the north Africans 2-0 in Wednesday’s semi-final to set up a heavyweight showdown with Argentina.

Goals from Theo Hernandez and substitute Randal Kolo Muani put the French into a fourth World Cup final and gave them the chance to become the first team to retain the title since Brazil 60 years ago.

It was as much as their talent-laden squad deserved as they caught Morocco with an early sucker punch and finished off the job 11 minutes from time, setting up a meeting with Argentina on Sunday after Lionel Messi’s team beat Croatia 3-0 in the first semi-final.

“There’s emotion, there’s pride, there’s going to be a final step, we’ve been together with the players for a month, it’s never easy, there’s happiness so far,” said coach Didier Deschamps.

France found themselves in an absorbing battle as Morocco showed them no deference and made many chances of their own, coming close to an equalizer.

The world champions’ defense had to scramble several times, including a late goalline clearance and Morocco struck the post with a spectacular bicycle effort.

Finishing, however, proved the fundamental difference, and the game tilted the way of the world champions after five minutes.

France swept forward and converted their first chance through Hernandez to put their opponents on the back foot.

He had to lift his left foot high to connect with a bouncing ball from a tight angle and finish off a sweeping move started by Antoine Griezmann’s run down the right and a cutback pass that Kylian Mbappe initially fluffed.

Mbappe was the creator of the second as he attempted first to dribble through the Morocco defence and then shoot, his effort blocked but falling for Kolo Muani to tap home at the back post with his first touch after coming on.

Mbappe’s battle with good friend Achraf Hakimi was a competitive side show but France might have had at least two more goals as Olivier Giroud struck the post and missed from point-blank range in the first half.

While there was to be no fairytale continuation of their unprecedented run to the last four, Morocco exited with their heads held high. They were the first African and Arab country to get this far at the World Cup and can expect a wild welcome when they go home after Saturday’s third-place playoff.

“We didn’t get into the game well and the second goal killed us, but that doesn’t take away everything we did before.”

The closest they got was when Jawad El Yamiq’s spectacular bicycle kick on the stroke of halftime forced Hugo Lloris into a sensational save, as he got a vital touch.

Morocco almost tied things up in an incredible fashion 😳 pic.twitter.com/tdqSsyDs55

But they made many other inroads into the French defense, let down by their final touch or decision-making.

The gamble of fielding first-choice center-back Nayef Aguerd and Romain Saiss backfired with neither lasting more than 20 minutes. Aguerd was ruled out in the warm-up and Saiss limped off early. Noussair Mazraoui went of at halftime.

“We had some injuries but that’s no excuse,” added Regragui. “We gave the maximum, that’s the most important.”

Again the majority of the crowd at the Al Bayt Stadium was willing them on but ultimately the gulf in talent meant France was always in the driving seat.