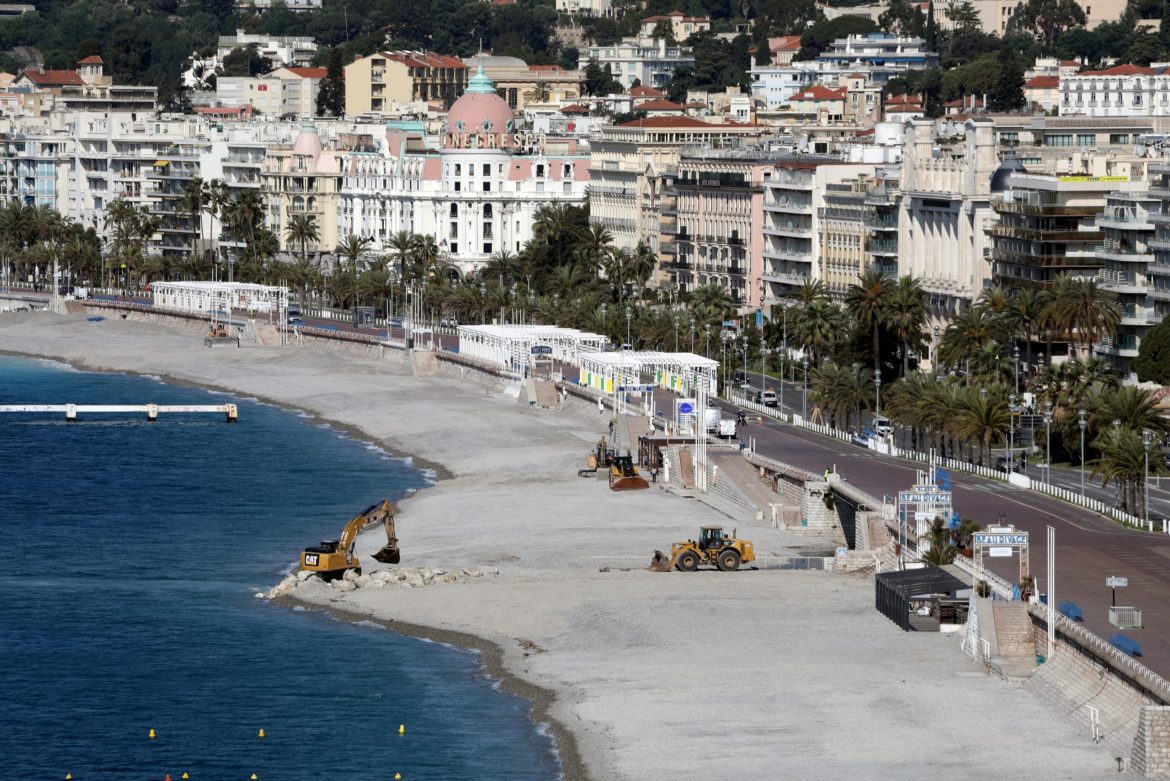 The sweeping Atlantic bay in La Baule-Escoublac should be filling up with holidaymakers taking advantage of a series of long weekends in May. Instead, the only activity is a bulldozer and excavator reshaping the shoreline.

With France under lockdown, tables and chairs lie stacked on the outdoor terraces of beachfront restaurants in the western resort town as their owners plan how to reconfigure seating to respect coronavirus social distancing rules once the government says they can re-open.

La Baule-Escoublac is a ghost town. It offers a snapshot of the financial uncertainty facing the tourism industry in France even as it and other European nations start winding down their restrictions on public life.

Nearly 90 million foreign tourists visited France in 2018, making it the most visited country in the world, according to government data. Tourism accounts for about 7% of France’s 2.3 trillion euro ($2.48 trillion) economy.

“We’re not used to seeing the beach like this. The quicker things pick up the better,” said Pierre Guillou, who manages the waterfront restaurant Les Fils a Maman.

Guillot’s problems extend beyond when the beach will open. He wants to know who will be able to visit the resort’s cafes, restaurants and shops.

Across Europe, countries are grappling with just how much freedom of movement to restore, both across borders and internally.

France begins easing its lockdown from Monday but will initially impose a 100-km (60-mile) travel restriction on people inside the “red zone” COVID-19 hotspots, including the greater Paris region unless it is for an urgent family or work-related reason.

There will also be a compulsory two-week quarantine for travelers – whether French or foreigners – arriving in the country from outside the European Union’s Schengen open-border area and the United Kingdom.

President Emmanuel Macron has told the French they should holiday in France.

“We’re going to limit big international trips, even during the summer holidays. We will stay amongst Europeans, but perhaps we will have to restrict that further still,” the president said this week.

EU policy on reopening borders remains disjointed. For example in neighboring Italy, the outbreak’s early epicenter in Europe, anyone arriving from abroad currently faces a fortnight in quarantine unless on a short business trip.

It all leaves Parisians in the dark over whether they will be able to decamp to the Riviera, the Dutch uncertain if they can drive their motorhomes to Spain and British unsure if they can hop the Channel and spread around France this summer.

France‘s Dordogne area, a favorite with Britons, is not banking on anybody coming from very far away. So far this year, the region has already lost an estimated 93 million euros in tourism revenues, according to the Dordogne tourist board.

“We’re going to lose our foreign clientele this year,” said Christophe Gravier, director of the Dordogne tourism board. He may also lose French clients if curbs persist, with those from Paris and its surrounds accounting for the single largest group.

Gravier has torn up his old 400,000 euro advertising plan, scrapping a nationwide campaign and focusing on the southwestern region of Nouvelle-Aquitaine in which the Dordogne is located.

“We have no means of knowing what the government will decide later, he said, referring to the travel restrictions. “Our challenge is to raise the attractiveness of the Dordogne locally.