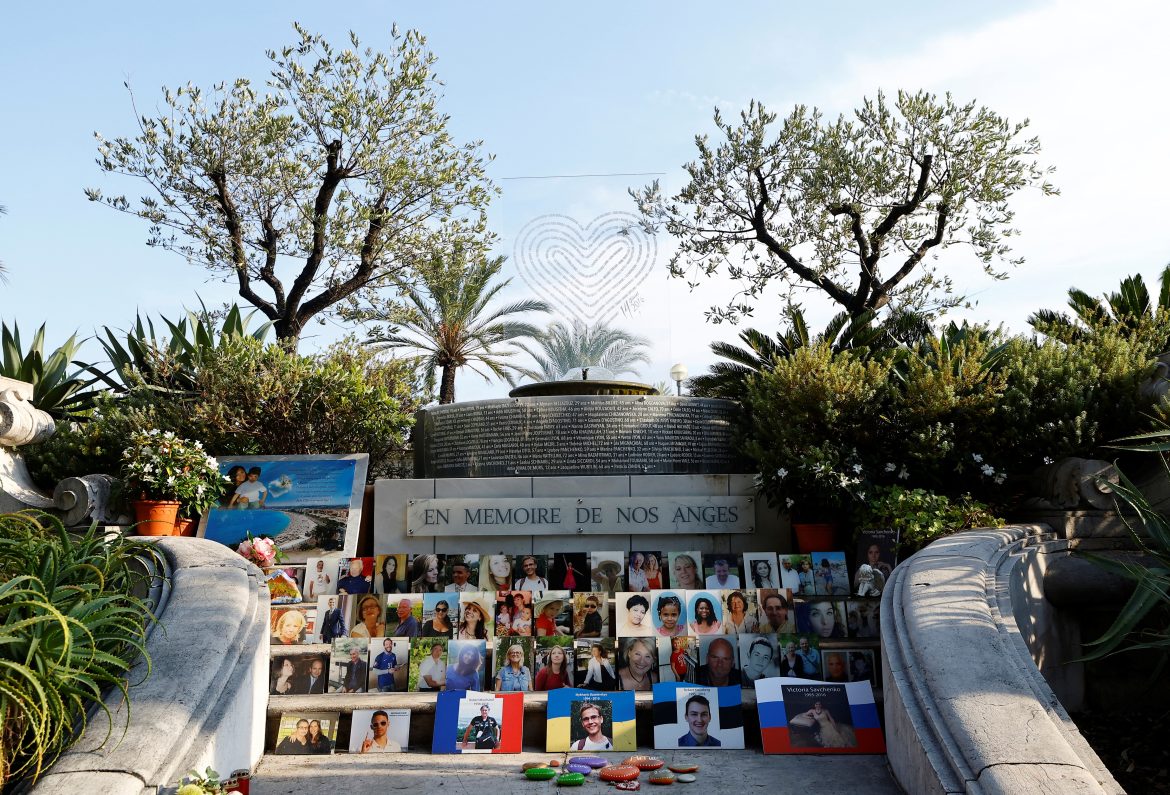 A French court on Tuesday convicted seven men and one woman for their roles in a 2016 truck rampage in the Riviera city of Nice in which 86 people were killed, a verdict that seeks to close a bloody chapter in French history.

Attacker Mohamed Lahouaiej Bouhlel was shot dead by police on the spot after causing devastation and chaos on a two-km (1.2-mile) stretch of Nice’s seaside boulevard, where families had been celebrating Bastille Day, France‘s national holiday.

The attack, which came just eight months after a deadly Islamist militant assault on the Bataclan music hall in Paris and France‘s national stadium, profoundly shocked the country and beyond, hitting one of its most famous tourist spots.

The mass killings of 2015 and 2016, the worst bloodshed in France since World War Two, were followed by a number of attacks claimed by Islamist militants, but none on the same scale.

The Paris court handed down sentences more severe than what prosecutors had asked for, after survivors struggled to find closure over the fact that none of the defendants was accused of taking part in the attack or even of being complicit.

Instead, they were found guilty of providing weapons to Lahouaiej Bouhlel and being aware that he was radicalized, but not of actually helping him plan and carry out the attack.

The court found Mohamed Ghraieb, the main defendant and a friend of Bouhlel, guilty of belonging to a terrorist organization. He was handed an 18-year prison sentence.

“It won’t make my family come back, I’ll have to live with that until I die, but these are little victories that heal,” Caroline Villani, who lost four relatives including a son who was about to turn 17, told Reuters.

“It’s not because public opinion and accusers expect exemplary punishment that you should necessarily hand them out,” Vincent Brengarth said. “(Ghraieb) didn’t sell weapons, he didn’t fund the operation, he didn’t offer logistical support, so on what basis is he condemned?”

The judges also found Chokri Chafroud and Ramzi Arefa, two other defendants accused of helping Bouhlel obtain weapons and the truck, guilty of belonging to a terrorist organization. They were handed jail sentences of 18 and 12 years respectively.

Five other people were handed sentences of two to eight years.

Islamic State claimed responsibility a few days after the Nice rampage but offered no proof that the attacker, who had a record of domestic violence and petty crime, had had any direct contact with the group.

Described by neighbors as a “frightening” man with a tense personality, Lahouaiej Bouhlel had months before his rampage been handed a six-month suspended sentence for hurling a wooden pallet at another driver in a road-rage incident.

The verdict can be appealed.

Since 2016, France has tightened its counter-terrorism laws, increasing surveillance of suspected militants, although human rights groups have also criticized the legislation.