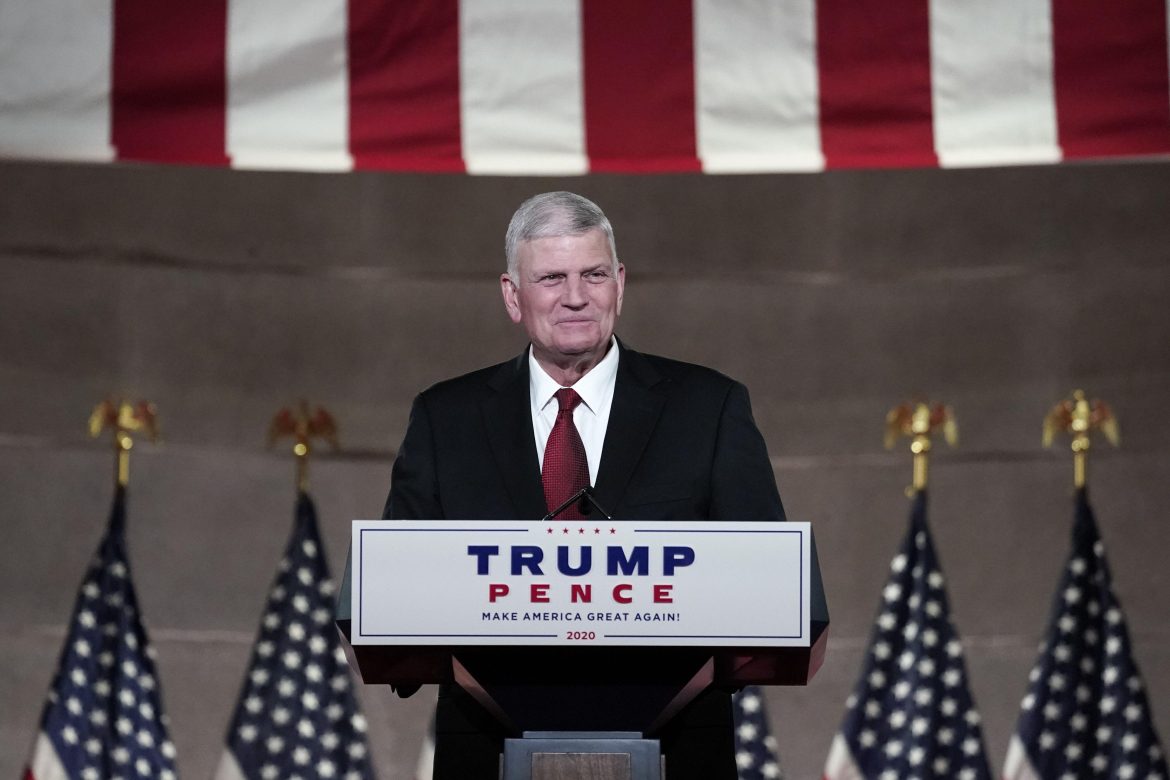 Evangelist Franklin Graham said recently that he will not endorse Donald Trump — nor any candidate, for that matter — in the 2024 Republican primary.

Graham, who has been an outspoken supporter and powerful ally of the former president, made the revelation to CBS News at Friday’s March for Life rally in Washington D.C.

“I’m going to stay out of it until after the primaries have finished,” the Billy Graham Evangelistic Association and Samaritan’s Purse president said. “I’m just not going to get involved in supporting this one over that one. Let’s just let the people decide. And when the dust is settled, I’ll make a decision on that point,” he continued.

CBS noted that, while Graham has seldom endorsed primary candidates in the past, his decision not to back Trump comes amid a growing defection of the former president’s once-solid evangelical base in the wake of his insistence that Republicans’ uncompromising stance on abortion restrictions was largely to blame for the party’s disappointing midterm election results.

“It wasn’t my fault that the Republicans didn’t live up to expectations in the midterms. It was the ‘abortion issue’ poorly handled by many Republicans, especially those that firmly insisted on No Exceptions, even in the case of Rape, Incest, or Life of the Mother, that lost large numbers of Voters,” Trump wrote on Truth Social Jan. 1. (capitalization by Trump)

The assertion was one of several efforts by Trump to deflect blame for GOP losses amid accusations from within his party that he bore significant responsibility for the lackluster results by propping up unelectable and “unqualified” candidates that didn’t stand a chance of winning over independent and moderate voters.

Graham had previously declared that “God was behind” Trump’s 2016 election win and that Trump “defends the faith,” as “The Hill” noted in a report on the CBS interview.

The outlet pointed out that Dallas Evangelical Pastor Robert Jeffress has also declined to make a primary endorsement, saying that he saw no “need to make an official endorsement two years out.” Jeffress has vigorously defended Trump in the past, perhaps most notably during frequent appearances on Fox News.

Though initially somewhat wary of thrice-divorced Trump, 81% of evangelical voters were eventually persuaded to cast their ballots for him in 2016, according to a Pew Research analysis of the election results. Trump garnered an impressive 84% of the evangelical vote in 2020.

Both Trump and former Vice President Mike Pence made frequent references to God and His providential hand on America during the 2016 campaign season. Religious News Service noted, however, that Trump made no such “overt religious references” during his 2024 campaign launch at Mar-a-Lago on Nov. 15. The outlet also noted the absence of many of Trump’s known evangelical supporters. FISM was unable to determine whether or not Trump’s spiritual advisor, Paula White, was in attendance.