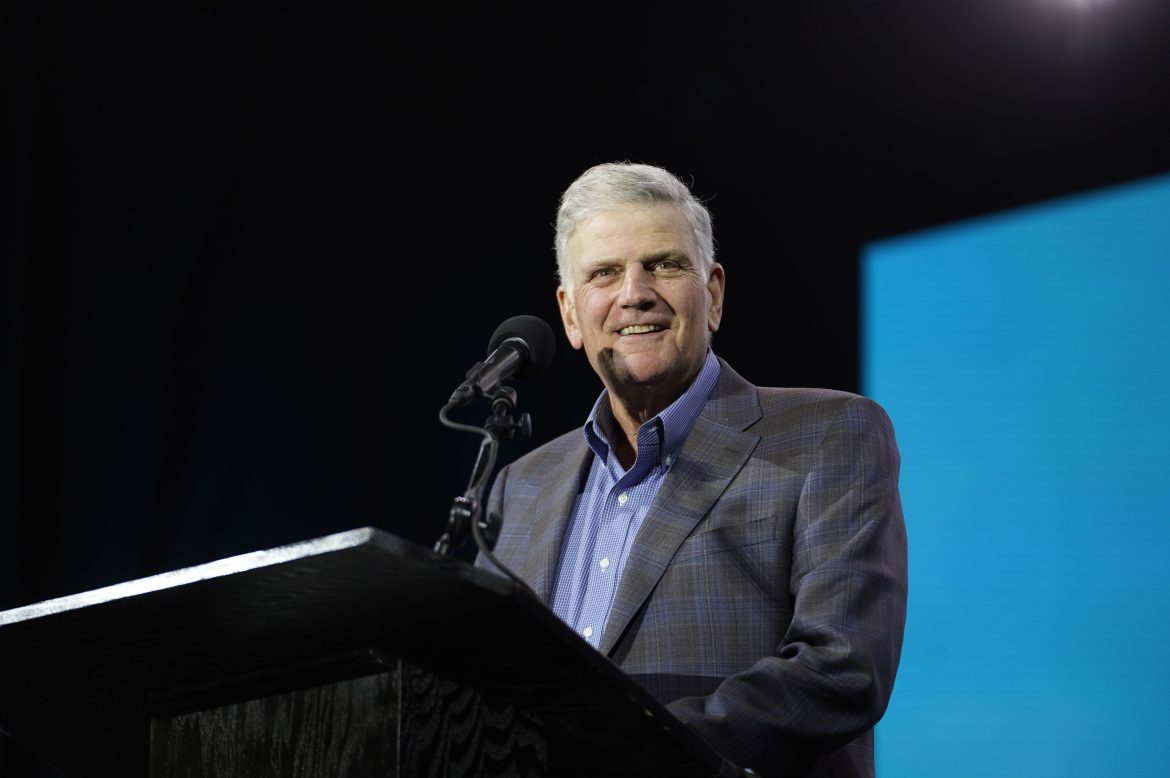 In a little under three weeks, evangelist Franklin Graham and his ministry team will embark on a brief tour in the Midwest and Pennsylvania that figures to be well attended and, if history is any indicator, may lead thousands to professions of faith.

The “God Loves You Tour,” a six-city endeavor that has become Graham’s annual effort to spread the Gospel and bring hope to a domestic audience, begins in Allentown, Pennsylvania, on Sept. 24.

“We’re coming to remind everyone there is Good News! God loves us, and He sent His Son Jesus Christ to Earth to save us from our sins,” Graham said in a statement published by the Christian Post.

Graham also indicated that the tour stops were deliberately selected to provide the maximum impact of God’s Word to predominantly blue-collar areas.

“I believe this is where our nation’s backbone of hard work, grit, and determination lies, but so many people in our country are struggling,” Graham said. “They’re looking for hope, peace, and purpose in their lives.”

The tour features a message from Graham as well as live music from a top Christian artist (or artists) in each city. The music lineup changes each night and will include the likes of Newsboys and Marcos Witt.

Hundreds of local churches and pastors have also partnered with the Billy Graham Evangelical Association to help with the logistics of each event.

In keeping with the long tradition established by his late father, Graham does not charge admission for his services.

Last fall, the 2021 edition of the “God Loves You” tour drew tens of thousands of visitors to eight stops, which were primarily in major cities like Chicago and Greater Los Angeles.

Earlier this summer, Graham brought his “God Loves You” tour to England, where at least 700 people professed new faith in Christ.

Although it is not wise to count the success or failure of an evangelical effort based on pure numbers – after all, as Christians we are taught that Heaven rejoices when even one person authentically turns to Christ – it is worth noting that more than 5,000 people made public professions of faith during last year’s tour.

Pastor Graham , I believe in what you are doing the Lord Jesus. I pray that you will remember me in prayer that I will trust in God’s word and not feelings. I love the Lord he has been so merciful to me. I always watched your father as he brought God’s word to the world.