Franklin Graham preaches hope to world that ‘seems to be imploding’ 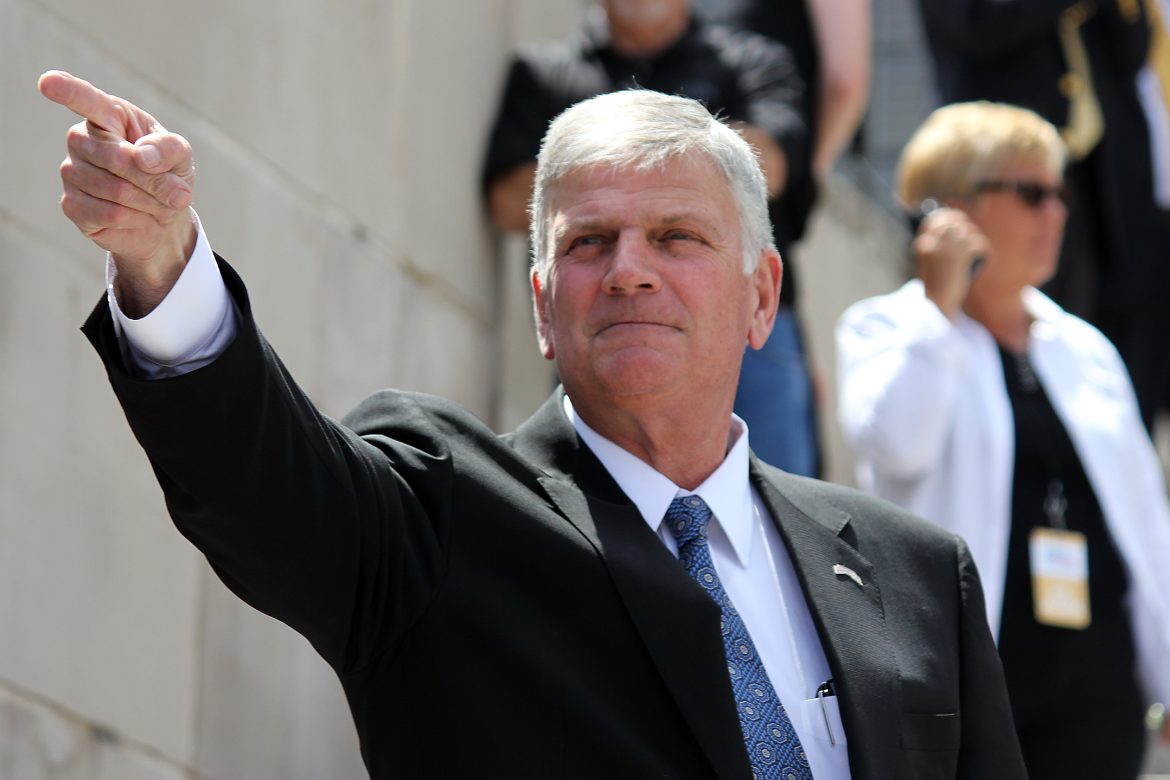 Franklin Graham, as has become his custom, released a New Year message on social media describing his view on the state of the world and the need for God to intervene.

As we begin 2023, the world we live in seems to be imploding. A brutal war is bringing suffering and death in Ukraine with every day that passes. Senseless violence is rampant across the United States. Anti-God agendas that once hid in the darkness are now proudly out in the open, demanding acceptance. Developed nations are being overtaken by socialism, removing God from anything and everything in the public square.

Graham is clearly warning Christians of the current state of our world by using strong language to accentuate some of the negative things going on right now. The description that he gives is difficult to refute.

The Russian attack and invasion of Ukraine show no sign of slowing down. Recently, Belarus even condemned Ukraine after having to shoot down a missile fired from the country and stoking fears that Belarus might join in the fight. With a harsh winter setting in, many Ukrainians are without power and Russia continues firing missiles throughout the country.

Even after Roe v. Wade was overturned, abortion rights activists have pushed their agenda on America more ardently than ever. The so-called “Respect for Marriage” act was signed into law, “woke” culture is rampant, and LBGTQ+ rights are being pushed on everyone regardless of their beliefs. These agendas that used to “hide in the darkness” are now not only mainstream but celebrated.

In a chilling statement, Franklin Graham says, “And if you think things are bad, just wait — they’ll get worse.”

As a leading evangelist and born-again Christian, however, Graham offers hope to everyone who will listen. He does not end by saying things will get worse but by saying there is something that can overcome even the greatest of evils.

“As followers of Jesus Christ, what do we do? We tell a dying world that Jesus is the way, the truth, and the life — no one comes to the Father except through Him (see John 14:6). We urge lost souls to repent of their sins and believe on the Name of the Lord Jesus Christ before it’s too late,” Graham said in his statement.

Franklin Graham, quite unlike his father Billy, has not been shy to weigh in on current events and political issues. For instance, he called the Respect for Marriage Act a, “dangerous legislation that would be used against individuals, churches, and organizations who honor traditional marriage.”

Graham refuses to shy away from speaking against policies and ideas that go against the Word of God, but he is always quick to couch them in the Gospel of Jesus Christ.

The Scripture is clear that unbelievers who haven’t repented of their sins and put their trust in Christ are living without any regard for the holiness of God. ‘There is none righteous, no, not one. … There is no fear of God before their eyes’ (Romans 3:10, 18, NKJV). But the redeemed follower of Christ can always find safety by taking refuge in the shadow of the Almighty, who promises to protect and provide for His blood-bought people.

That promise remains. In the midst of trouble, even trouble that might get worse, believers in Jesus can “always find safety by taking refuge in the shadow of the Almighty.”