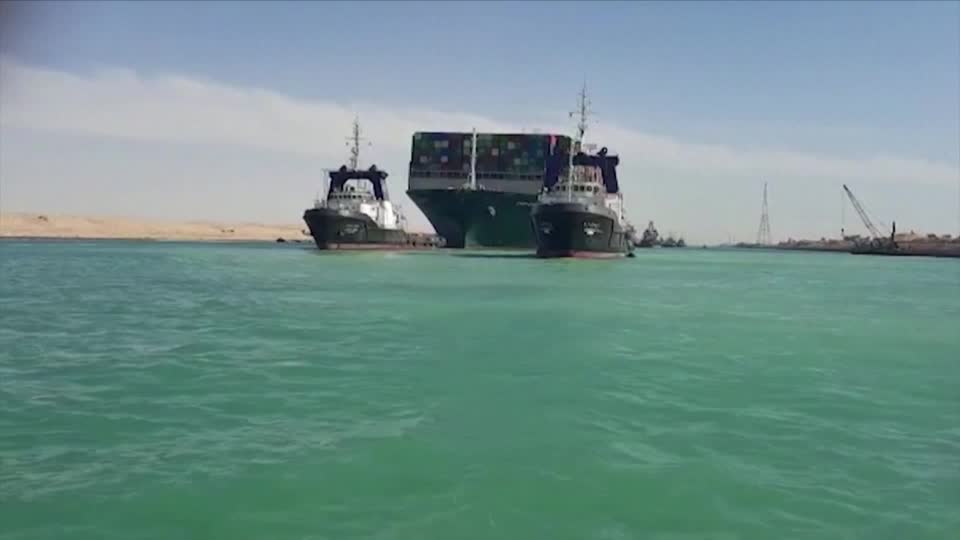 The Ever Given, a massive cargo ship blocking the Suez Canal trade route, was freed on Monday morning following nearly a week of being lodged.

At least 360 ships had become backlogged since Tuesday, when the Ever Given’s bow became lodged on shore and swung perpendicular, completely blocking the narrow waterway. Around 3pm local time (9am Eastern Standard Time), the ship  was refloated, freeing the traffic jam and allowing trade to reconvene along the crucial trade route.

The world had become focused on the ship as it had brought to a halt the route which allows ships to save up to 2 weeks from their route between Europe and Asia. With the Suez Canal blocked, ships were forced to either wait or to make their way around the Horn of Africa.

Several nations had sent contractors and boats to help assist in the rescue of the ship. Following days of dredging and sand removal, it was a mix of international tugboats and a full moon high tide that finally released the 220,000 ton boat from the shoreline.

Horns blared in celebration from the tugboats as the ship was finally set free. Moments after the situation was resolved, Egyptian President Abdel Fattah el-Sisi declared,“Egyptians have succeeded today in ending the crisis of the stuck ship in the Suez Canal despite the great complexities surrounding this situation in every aspect.”

The ship had been blocking upwards of $9 billion dollars a day in trade. The blockage affected all sorts of goods, from refined oil to IKEA furniture to automobiles to cattle feed. Another side affect was shipping costs, as a shipping container shortage was exemplified and with hundreds of thousands unable to be recirculated for nearly a week. The full financial fall-out from the traffic jam is yet to be seen.

The plan now is for the Ever Given to remain docked in the Great Bitter Lake which is along the route between the Mediterranean Sea and the Red Sea so the ship can be inspected and other ships can begin to resume their course. Divers will also begin to assess the damage to the canal itself.