Freedom for thousands of political prisoners in Myanmar, but resistance leaders urge vigilance 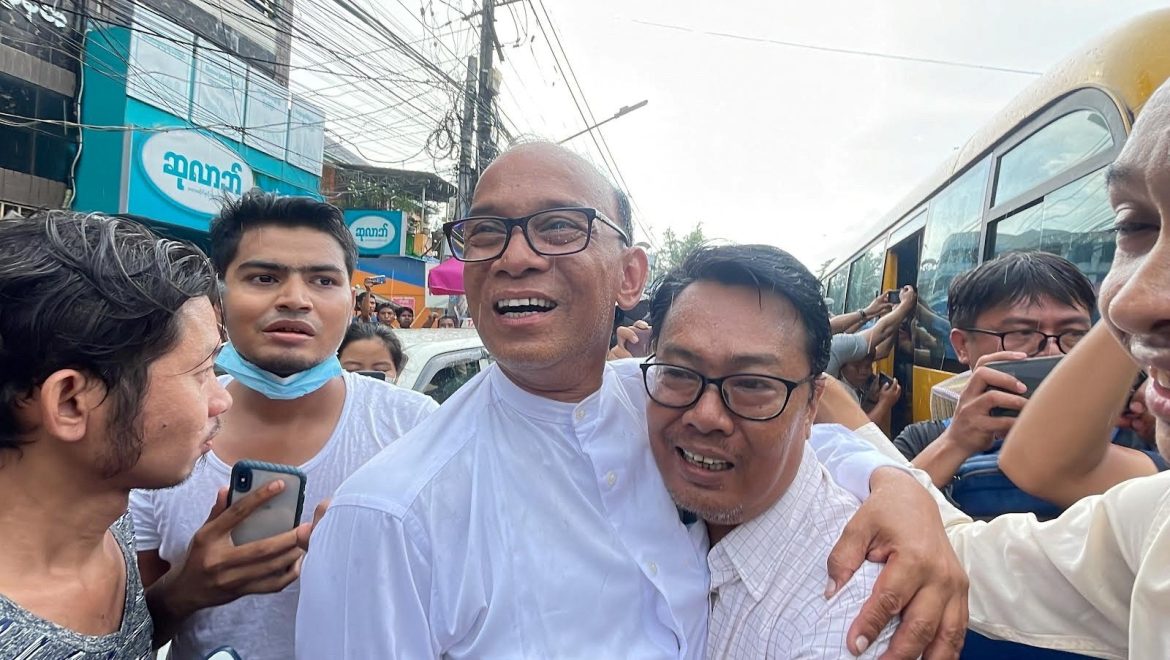 Turnell was arrested a few days after the army seized power from Suu Kyi’s elected government in February last year, ending a decade of tentative democracy.

The coup sparked chaos and a bloody army crackdown on dissent that has drawn international condemnation and fuelled an armed resistance movement against the military.

Australian Prime Minister Anthony Albanese thanked the leaders of Thailand and Cambodia for pressuring the military to free Turnell, who was found guilty of a state secrets violation and sentenced in September to three years in jail.

“I’ve just spoken to Sean Turnell, who has been released from 650 days of unfair, unjust imprisonment in Myanmar,” Albanese told reporters in Bangkok, where he is attending the Asia-Pacific Economic Cooperation summit.

“He will travel overnight to Australia to be with his family.”

State-controlled media said the amnesty included 5,774 prisoners and foreigners were released “for the relationship with other countries and also for humanitarian purposes”.

Speaking in Bangkok, U.S. Secretary of State Antony Blinken said the release was “one bright spot in what is otherwise an incredibly dark time.”

“Whether this signals anything more broadly about the intentions of the regime, I can’t tell you – too soon to say.”

Myanmar’s shadow National Unity Government, which backs the resistance movement, said it was heartened by the amnesty, but said the world should not be duped.

“These types of hostage tactics by the junta should not fool the international community into believing that the military has changed its colors,” said Htin Linn Aung, an NUG minister and spokesperson.

A junta spokesperson did not answer Reuters’ calls seeking comment.

Bowman, Britain’s ambassador from 2002-2006 who heads a group promoting ethical business in Myanmar, had been jailed for immigration violations.

Kyaw Htay Oo was detained on terrorism charges, media has reported. Kubota was last month sentenced to 10 years in prison for violating sedition and communications laws.

Human rights groups have said their detentions, as well as thousands of others, were politically motivated. The junta has denied that.

Others included in the amnesty were 11 celebrities plus Kyaw Tint Swe, a former minister and a close aide to Suu Kyi, according to state media.

“I will be together with Myanmar people no matter what the situation is,” Mya Aye said.

The Assistance Association for Political Prisoners (AAPP), which has been documenting the military’s crackdown, said the junta had freed the foreigners to ease political pressure.

“Yet again, political prisoners are being used as bargaining chips,” it said.

“One hopes this release will not be a one-off event but rather the start of a process by the junta to release all political prisoners,” he said.