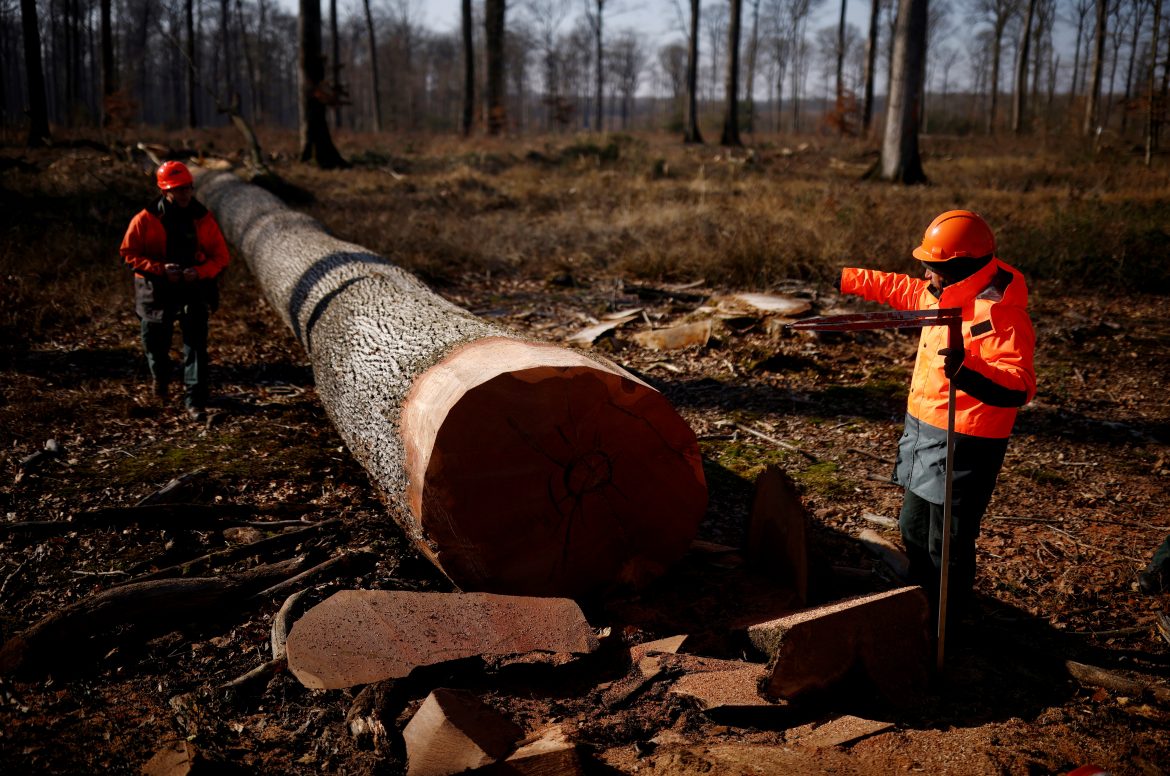 The French Government has begun gathering lumber to rebuild the spire of Notre Dame Cathedral, one of the most iconic churches in the world.  The massive oaks will be used to replace the original spire of the cathedral, which was destroyed in a devastating and highly publicized fire in April 2019.  The new spire will consist of nearly 1000 oak trees, each of which is worth roughly $18,000. One of the trunks will serve as a sixty-foot tall beam to support the weight of the new spire.

The Notre Dame Cathedral has been a crown jewel of Christianity, Western Civilization, and French nationalism since the High Middle Ages.  Construction began on the cathedral in the 12th century AD, and the walls and parts of the ceiling were completed in the 14th century.  Most of the cathedral’s original medieval foundation and superstructure survived the 2019 fire.  The magnificent spire, which suffered the greatest damage in the fire, was completed in a mid-19th century addition.  The cathedral has housed French Catholic masses for centuries, and it is currently owned by the French government.

According to French President Emmanuel Macron, the spire will be rebuilt exactly as it was in the 19th century.  The new spire is still several years away from completion, as the recently felled-oaks must now dry for at least a year before they are ready to be carved and weatherized.

Ravi Zacharias Ministries Asks Victims To Speak Up, Announces It Will Change Name