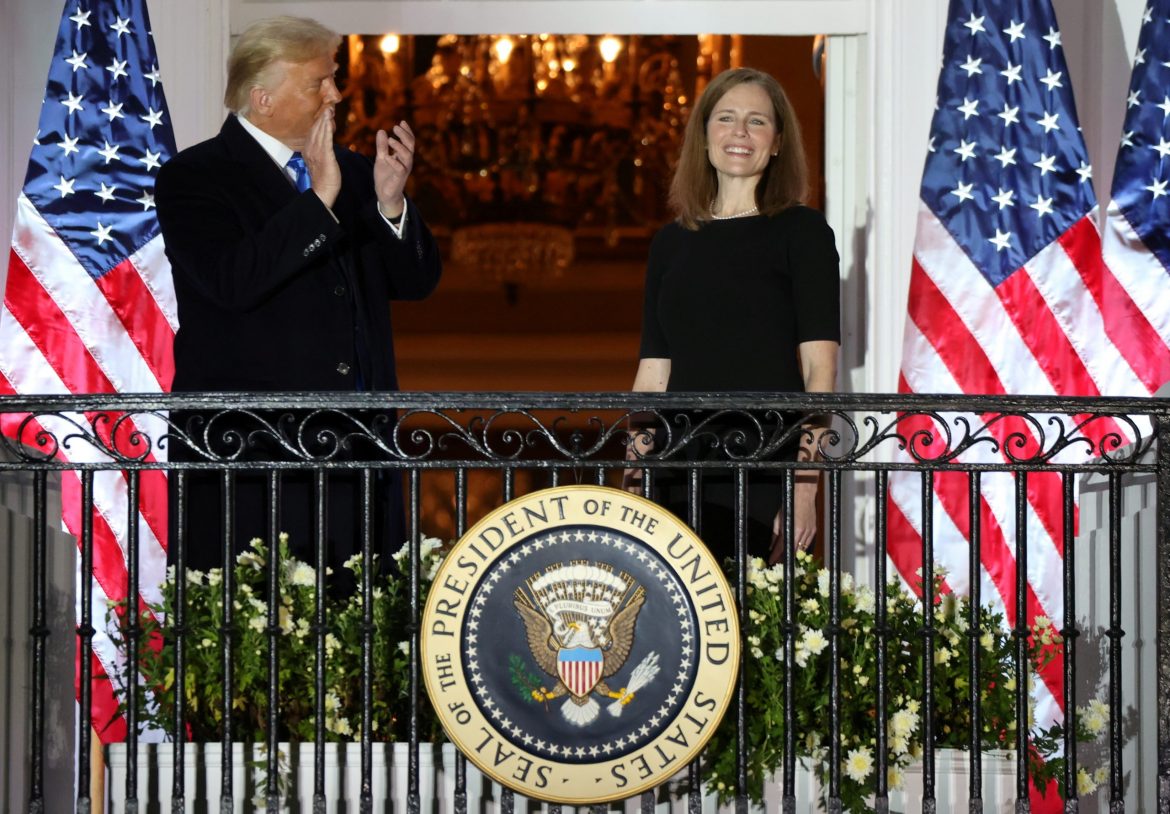 Judge Amy Coney Barrett was officially confirmed to the Supreme Court of the United States one week before the 2020 Presidential election. As anticipated, the 52-48 Senate vote fell along party lines, with Susan Collins of Maine being the only Republican to down the nomination. Collins is facing a tight election this year.

Justice Barrett was sworn in on the White House south lawn by Justice Clarence Thomas.  President Donald Trump praised her as “one of our nation’s most brilliant legal scholars,” and noted that she is the fifth woman to serve on the high court. Justice Barrett gave some brief remarks in which she promised to interpret the law fairly. “It is the job of a judge to resist her policy preference,” she said.

Vice President Mike Pence originally intended to be present, saying he “wouldn’t miss that vote for the world.” But after two of his top staffers tested positive for COVID-19, the Vice President decided it would be inappropriate to attend.

Sourced from NPR, the New York Post, and the Hill