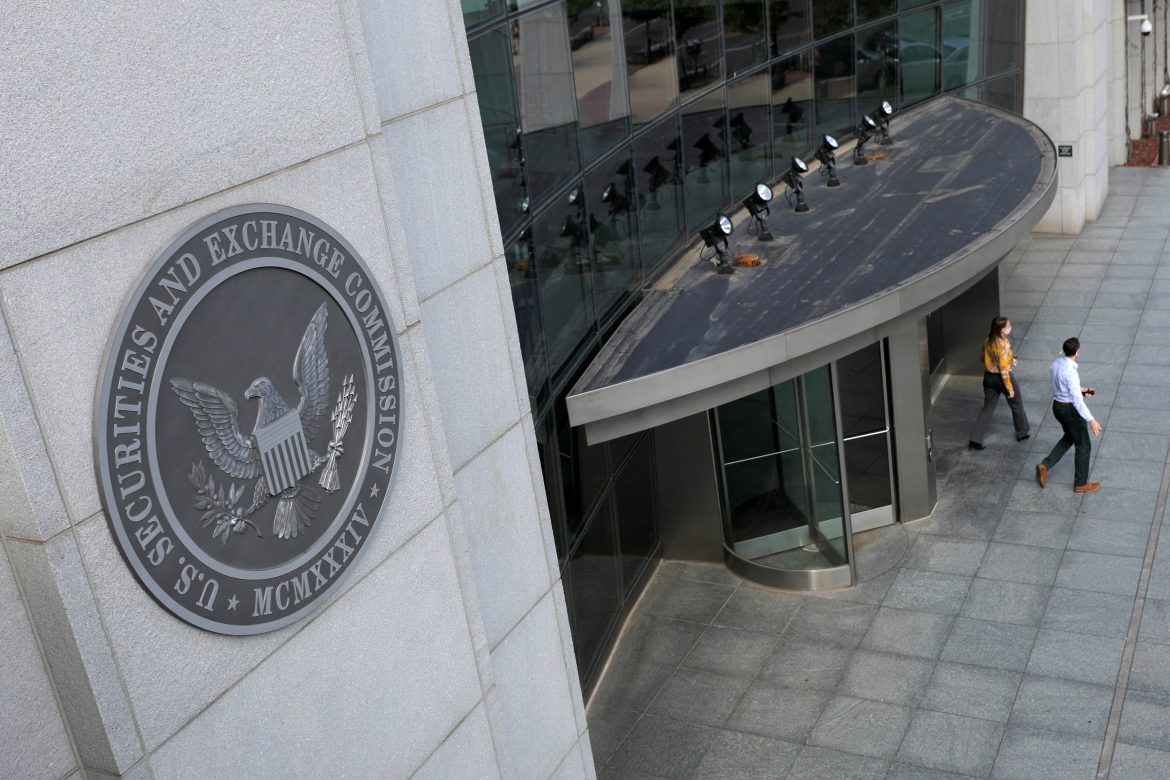 Two cases that give the U.S. Supreme Court’s conservative majority another opportunity to reign in the power of federal agencies go before the justices next week in disputes involving the Federal Trade Commission and Securities and Exchange Commission.

The court has scheduled arguments on Monday in the cases, which represent the latest battles in what is sometimes called the legal “war on the administrative state” pursued by plaintiffs who accuse agencies of taking actions either not authorized by Congress or by the U.S. Constitution.

The SEC’s job is to protect investors and maintain fair and orderly markets. The FTC’s role is to protect consumers by enforcing antitrust laws and rules against deceptive advertising. Various other agencies enforce U.S. laws that ensure the safety of food, medicines, water, and consumer products, protect the environment and guard against workplace discrimination and hazards, among others.

The Supreme Court has a 6-3 conservative majority, broadly speaking. Its conservative justices have signaled skepticism toward expansive federal regulatory authority and the duty, under Supreme Court precedent, of judges to give deference to that authority.

The eventual decisions in the two cases, due by the end of next June, could build on recent rulings by the court curbing agency authority.

A ruling last June, with the conservative justices in the majority and the liberals dissenting, limited the Environmental Protection Agency’s authority to issue sweeping regulations to reduce carbon emissions from power plants. A unanimous April 2021 ruling made it harder for the FTC to force scam artists and companies that engage in deceptive business practices to return ill-gotten gains to consumers.

The two cases being argued on Monday focus on the same issue — the fact that individuals or companies targeted for alleged wrongdoing by the FTC and SEC must spend years in the agency enforcement process before being allowed to mount a challenge in federal court. U.S. appeals courts have split on the issue.

The first case involves a Texas accountant named Michelle Cochran who ran afoul of the SEC. The second is Scottsdale, Arizona-based Axon Enterprise Inc’s fight with the FTC over the agency’s effort to undo a merger.

‘Throw its weight around’

The U.S. Chamber of Commerce business group has urged the Supreme Court to rule against the agencies.

“With respect to Axon and Cochran, those (cases) are about holding federal agencies accountable and forcing them to respect due process,” said Jonathan Urick, a lawyer with the chamber’s litigation arm.

Regarding the FTC case, Urick said the agency’s current process allows it “to throw its weight around and bully companies into settling even weak and unmeritorious claims.”

Katherine Van Dyck of the liberal American Economic Liberties Project advocacy group said the various cases being brought challenging federal agencies are intended to make it harder for them to do their jobs.

“There is absolutely a war on the administrative state happening right now,” Van Dyck added.

An SEC judge in 2017 found that Cochran failed to comply with auditing standards, fined her $22,500, and banned her from practicing as an accountant before the commission for five years. The SEC cited deficiencies in her audits of publicly traded companies.

Cochran sued in 2019 to stop the enforcement action, arguing that SEC in-house judges have job protections that unlawfully insulate them from a president’s power to control executive branch officers under the U.S. Constitution’s Article II.

A judge threw out Cochran’s lawsuit, finding that a law called the Securities Exchange Act stripped him of any power to hear challenges to ongoing SEC enforcement proceedings. The New Orleans-based 5th U.S. Circuit Court of Appeals disagreed, reviving the case, and prompting President Joe Biden’s administration to appeal to the Supreme Court.

The FTC in 2018 issued a complaint challenging Axon’s 2018 acquisition of rival company VieVu, saying that the $13 million deal effectively combined the top two makers of body cameras for police officers. As part of the deal, Axon and VieVu’s former parent company Safariland entered into non-compete and non-solicitation agreements that also drew FTC objections.

Axon, which sells Taser devices, body cameras, and other equipment used by police, called the transaction lawful and sued to halt the FTC proceeding. Axon appealed to the Supreme Court after the San Francisco-based 9th U.S. Circuit Court of Appeals ruled against the company.

The Axon case could deliver another painful setback for the FTC, according to William Kovacic, a former FTC chair now teaching at George Washington University’s law school.

“I suspect that they (the Supreme Court) did not take the case to vindicate the FTC,” Kovacic said, adding that a loss in this case coupled with April’s ruling by the justices would undoubtedly weaken the agency. “This is part of a likely series of beatings that the FTC will take from the Supreme Court, and each will leave them weaker than the previous beating.”