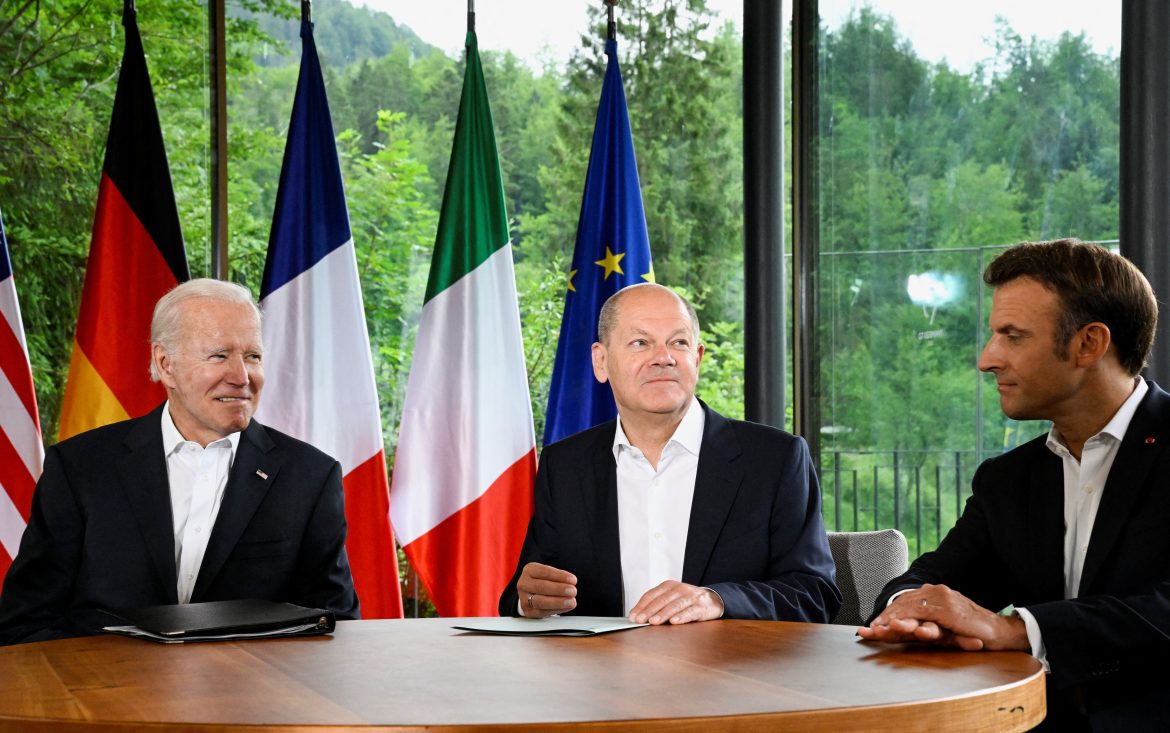 The Group of Seven (G7) wrapped up its three-day summit in Germany’s Bavarian Alps Tuesday with a promise to stand with Ukraine “for as long as it takes” and ramp up efforts to cripple Moscow’s finances with new sanctions, including a proposal to cap the price of Russian oil.

Leaders of the G7 also decried a Russian bombing of a Ukranian mall, calling the attack “abominable” and promising to look into the incident further.

“Russian President Putin and those responsible will be held to account,” they said in a joint statement.

President Biden, along with the leaders of Canada, France, Germany, Italy, Japan, and the U.K. are reportedly working on plans to raise tariffs on Russian goods and impose additional new sanctions in an effort to further deter Russia’s war effort.

The leaders also called out China in a direct challenge to the country’s human rights record and foreign policies. Specifically, they urged China to use their influence to urge Russia to end its attack on Ukraine.

The group now heads to Madrid to attend a NATO summit, where the fallout from Russia’s war on Ukraine will once again take precedence in the agenda. Japan, the only G7 member that is not part of the NATO alliance, will also be in attendance.

NATO has already announced that it is expanding the number of troops kept at the ready to respond to emergencies, increasing the number from 40,000 to 300,000. NATO Secretary Jens Stoltenberg made it clear that the expansion of troops is a direct result of Russia’s invasion of Ukraine.

“At the summit, we will strengthen our forward defenses. We will enhance our battle groups in the eastern part of the alliance up to brigade levels,” Stoltenberg said, according to an Axios report.  He added that the troop expansion will require increased investment from NATO members.

“These troops will exercise together with home defense forces, and they will become familiar with local terrain facilities … so that they can respond smoothly and swiftly to any emergency,” he added.