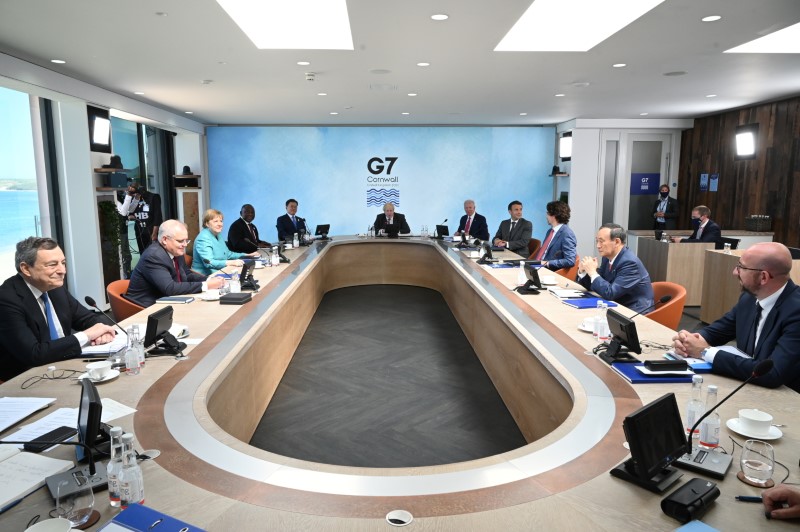 The G7 group of nations conclude their annual summit on Sunday that took place over the weekend in the United Kingdom. This annual meeting takes place between the seven leading democracies around the world consisting of the United States, the United Kingdom, Germany, France, Italy, Japan, and Canada.

Along with a multinational business tax, one of the biggest items of note to be decided upon was a global infrastructure plan. The Build Back Better World (B3W) was hailed by the White House as a “transparent infrastructure partnership” that will rival China’s Belt-and-Road initiative (BRI).  Both plans will cost trillions of dollars, and are broadly designed to bring funding and developmental programs to emergent, developing countries around the world specifically with respect to infrastructure projects like roads, transportation, air travel, internet access, and much more.

China’s BRI was originally announced in 2013 by leader Xi Jinping, and comes as China has emerged as a global economic superpower over the past 40 years. At the time of the announcement in 2013, China expressed the ambition of creating a modern version of the historic Silk Road in a bid to increase economic activity, wealth, and political influence around the world. Since then, China has expanded throughout Asia, Europe, the Middle East, and Africa. For years, Western democracies have attempted to come up with ways to counter China’s growing influence and economic strength.  Now, the G7 has announced the formal B3W plan to do just that.

As China has grown, so too has the scrutiny and criticism of China’s policies. Many Western nations are concerned about the BRI due to China’s continued human rights abuses of its citizens and workers, in particular with respect to the Uyghurs. In addition, China’s communist roots and ideology is of pre-eminent concern for Western democracies.

All the G7 countries were intent on expressing that the B3W is not intended as an aggressive action toward China but they also recognize that it is important for Western democracies to maintain their status as the leaders of the world and that the B3W initiative is a good way to accomplish this goal.

What does private capital mean?