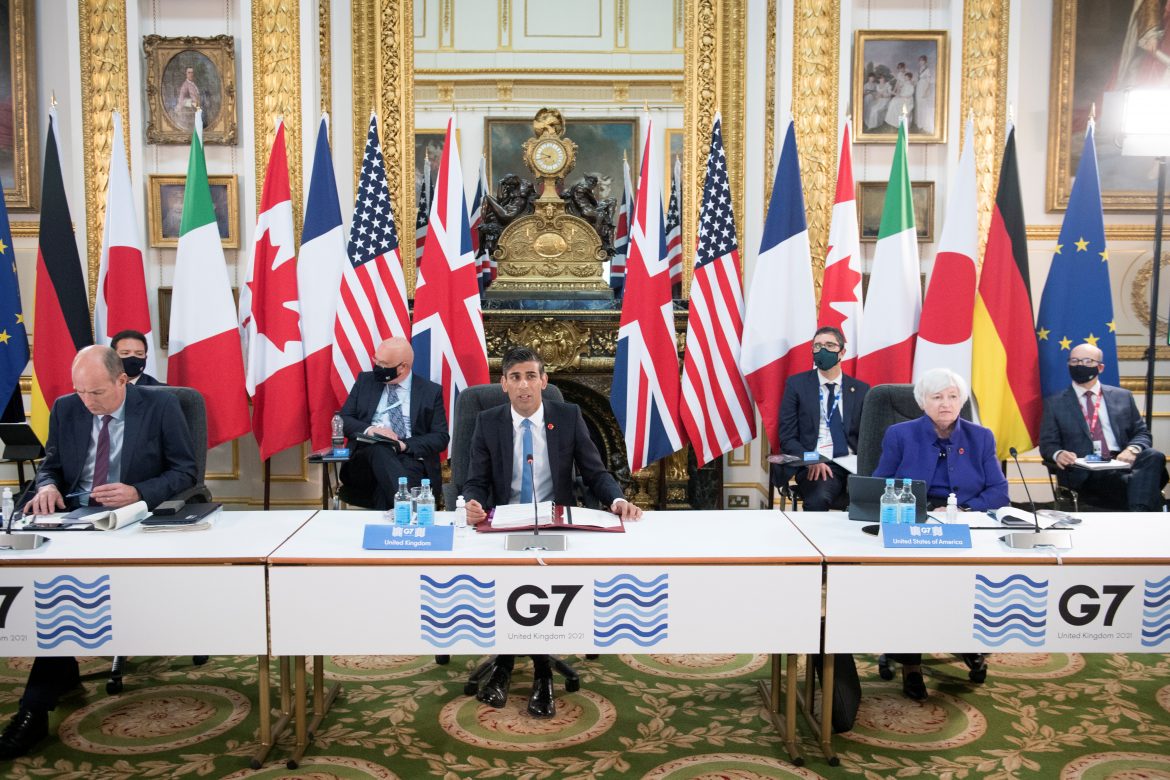 The G7 nations – made up of the United States, United Kingdom, France, Germany, Italy, Japan, and Canada – all signed on to a preliminary agreement over the weekend which includes the creation of a global corporate tax rate at 15%. The tax is meant to hit multinational companies such as Amazon, Google, and the like as well as to dissuade them from shifting their profits to so-called off-shore “tax havens.”

The UK’s Finance Minister, Rishi Sunak, posted the news on Twitter after the deal had been agreed to.

🚨 At the @G7 in London today, my finance counterparts and I have come to a historic agreement on global tax reform requiring the largest multinational tech giants to pay their fair share of tax in the UK.

👇The thread below explains exactly what this means. #G7UK pic.twitter.com/HdcK1HuM91

Sunak proudly said that this general 15% tax would create “a more level playing field for UK firms” and would target any “tax avoidance.”

In addition to this global tax, the G7 nations also agreed to a specific tax aimed for “global firms with profit margins of at least 10%.” Under the rules for this other proposed regulation, a fifth of the profits for a large multinational company who reaches or exceeds this 10% cutoff mark should be taxed in the countries where these sales were made.

US Treasury Secretary Janet Yellen, who also attended the event in the UK, praised the new regulations.

The global minimum tax would also help the global economy thrive, by leveling the playing field for businesses and encouraging countries to compete on positive bases, such as educating and training our work forces and investing in research and development and infrastructure.

In addition to the tax rate, these nations also made agreements on a host of other topics. The participants lauded the chance to support countries that could not support themselves in COVID-19 deterrence, whether it be financially or sharing vaccines through the World Health Organization’s COVAX program.

They also determined the financial impact of climate change to be a worry for all nations, and have agreed to monitor their climate impact while simultaneously working towards their individual net zero emission commitments. This also includes a $100 billion combined financing operation for “meaningful mitigation actions and transparency on implementation” of any climate change efforts.

The nations also touched on their response and thoughts on generally weaker economies, expressing their commitments to financially sustain and encourage these economies in their growth post-pandemic and beyond.

Texas Stands Up For The Unborn With New Abortion Coverage Ban