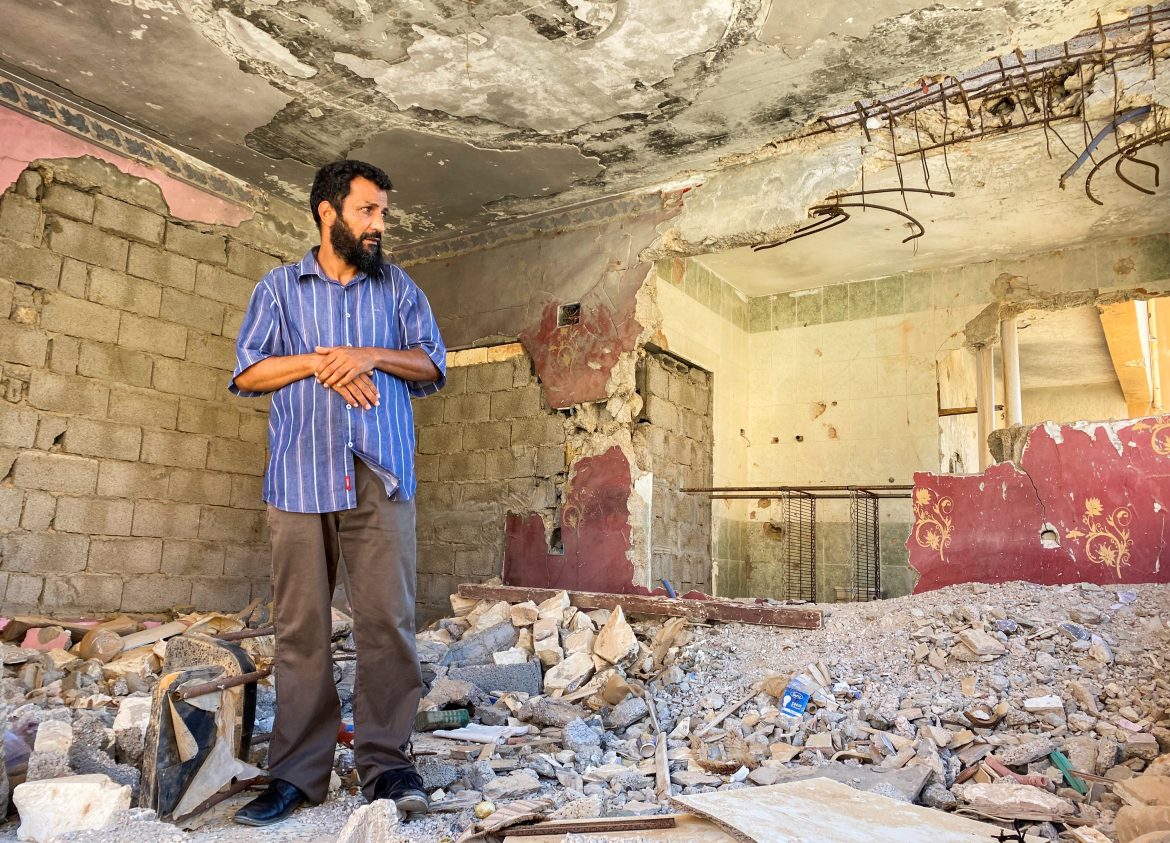 The people living in the ruins of Sirte’s 600 Block district have waited years for help removing rubble and rebuilding homes damaged by warfare, but despite a new Libyan government making the city its headquarters, they have little hope of change.

They live in apartments where bullet holes let in the winter cold and summer heat in shell-pocked buildings that look structurally unsound.

“Each government comes and takes photos of the damage and does nothing for us,” said Badr Omar, an English teacher who lives in two rooms behind bare concrete blocks, the front part of his home still smashed after being hit by a rocket.

Omar’s struggles, in a city that has alternately been run by nearly every powerful faction in Libya, demonstrate how the oil-rich country’s divided rulers have been less focused on governing than on fighting or exploiting state resources.

This month, as the latest political stalemate festered, one of Libya’s two rival governments set up its headquarters in Sirte, a central coastal city near where the frontline solidified after the last major conflict paused in 2020.

The establishment there of Fathi Bashagha’s parliament-appointed government, which is mainly backed by eastern factions, brings a new role to a city that has suffered some of the darkest twists of Libya’s turbulent recent history.

Sirte’s most prominent son, former dictator Muammar Gaddafi, was killed there after fleeing Tripoli during a 2011 NATO-backed uprising that ousted his regime and triggered years of violence.

The road culvert where revolutionaries found, beat and shot him, near the hotel where Bashagha stays, has been blocked with debris to discourage visits from Gaddafi’s many loyalists in Sirte, and now lies covered in trash and overgrown with weeds.

Bashagha is in Sirte because Libya’s other prime minister, Abdulhamid al-Dbeibah, who was appointed last year through a U.N.-backed process, has rejected the parliament’s moves and refuses to cede power.

Unable to take over in the capital, Bashagha’s government is located in the sprawling complex of Sirte’s Ouagadougou Conference Centre, which hosted the 1999 African Union summit.

Gold letters over an entrance proclaim it as the government headquarters, but the wings of the building have no remaining windows and huge shellholes pit the surrounding structures.

When Islamic State seized Sirte in 2015, its militants also chose the center for their headquarters, flying their black flag from the domed main building until their defeat in the following year.

The 600 Block where Omar lives was originally built as housing for guests at the summit, which drew leaders from across the continent and marked a short-lived high point for the city.

It was damaged first in 2011 and then in the 2016 fighting to evict Islamic State, when it came under the Tripoli government.

Then, in early 2020, the eastern Libyan National Army (LNA) under Khalifa Haftar seized Sirte as part of a wider offensive whose collapse months later brought a two-year peace process that is now under intense strain.

But while a huge poster of Haftar hung on the wall by the Sirte mayor’s desk, there were no visible images of Bashagha.

Interviewed by Reuters, Bashagha said he was seeking funding for reconstruction work in Sirte, though he has not yet been able to access state finances.

At the 600 Block, Omar’s neighbor Abdulkarim al-Shahomi, 57, had little hope that the latest political maneuvering would improve his life.

“The government is like a football being kicked around by each side for their own interests. Will things change now? No, there will be no change,” he said.

Like everybody else Reuters spoke to in Sirte, he viewed the 2011 uprising as a foreign plot to destroy Libya and hankered for calmer times when Gaddafi lavished money on the city.

Before he spoke, a crackle of gunfire erupted nearby – somebody showing off or celebrating rather than fighting – and Shahomi said he was sick of the ubiquitous presence of weapons.

The school where Omar taught, and where Shahomi’s nine children began their education, lies in ruins. They have to walk miles to another school.

The subsidized supermarket where Shahomi used to buy food closed after the revolution along with others like it across Libya. It still stands, empty, near the roundabout where Islamic State once staged public executions.

On the seafront, Mohammed al-Gallai’s electrical appliances shop looks out onto a glittering Mediterranean. But the building’s roof is half caved in and only the bottom floor is usable.

“Whenever a war happens, it happens in Sirte,” he said, concerned about the possibility of an escalation in the standoff between Bashagha and Dbeibah.

“Nothing about Libya makes me optimistic.”