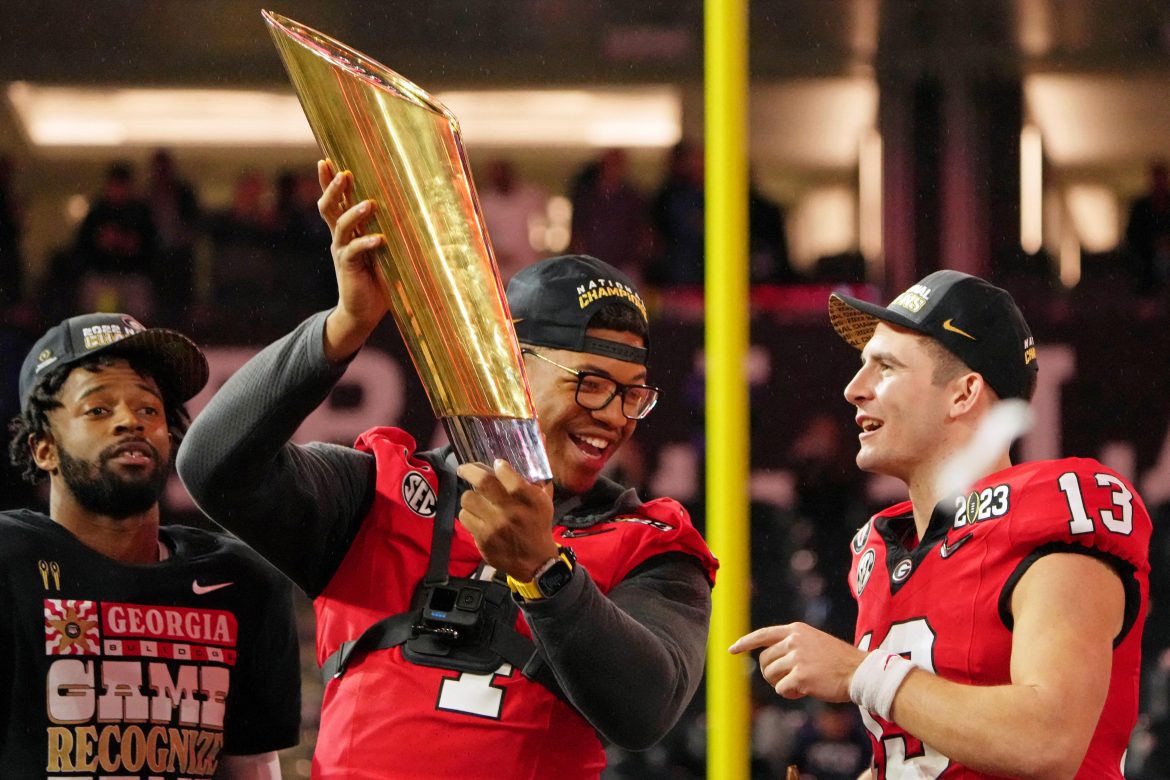 Stetson Bennett arrived at Georgia six years ago as a walk-on with no scholarship offer. In 2023, he’ll leave the school as a legend with back-to-back national championships.

“It’s special,” Bennett said. “It seems like for the past three or four months we’ve been looking to see if somebody could beat us, and we just ran out of games. Nobody could.”

Georgia (15-0) became the first repeat champion in major college football since Alabama did it a decade ago and the first to do so in the college football playoff era. The Bulldogs dominated TCU from start to finish in the most lopsided college football title game in NCAA history. Georgia scored more points in a national championship game than any team dating to the beginning of the BCS in 1998.

“We wanted our kids to play without fear,” Bulldogs coach Kirby Smart said. “All year I told them, I said, ‘We ain’t getting hunted guys, we’re doing the hunting, and hunting season’s almost over. We’ve only got one more chance to hunt,’ and we hunted tonight.”

Bennett passed for 304 yards, and Brock Bowers had seven catches for 152 yards and a touchdown. He joined Matt Leinart and A.J. McCarron as the only quarterbacks to lead their teams to back-to-back national championships in the 21st century.

“Probably had the best game of his career, in my opinion,” Smart said of his 25-year-old quarterback. “With some of the checks he made, some of the decisions he made, just really elite.”

Nicknamed the “Mailman” by teammates because he delivers in big games, Bennett, 25, is older than 19 quarterbacks in the NFL, including five starters.

“For Stetson, for it to be his second year [starting] and people are still doubting him? For people to be doubting the Mailman? I don’t see why,” Georgia defensive lineman Zion Logue said. “He’s going down in Georgia history as one of the best quarterbacks to ever do it.”

TCU advanced to the title game by defeating Michigan in the semifinal. But the Horned Frogs never had a chance against Georgia. They were overmatched from the start.

Quarterback Max Duggan, a Heisman Trophy finalist, completed 14 of 22 passes for 152 yards and two interceptions. He faced pressure from Georgia’s attacking defense throughout the game. TCU’s defense surrendered the school’s most points in a game since a 70-35 loss at Texas Tech on Sept. 18, 2004.

“You could sense some tension in the room [before the game]. We haven’t had that in the past. We’ve been pretty loose,” TCU coach Sonny Dykes said. “The guys were really excited to play, really fired up to play. I thought we were probably just a little too fired up, maybe a little too emotional. And as a result did some things that we don’t normally do. I just don’t think we were in the state of mind that we needed to be in. We just dug such a big hole for ourselves. We never could quite get them stopped defensively. We never could get out of our own way on offense.”

Despite the loss, TCU completed an impressive season. The Horned Frogs were picked to finish seventh in the Big 12 and ended up being the first school in the conference in the College Football Playoffs era to get to the championship game.

“We’ve been on a heck of a run, and it seemed like we just ran out of steam a little bit,” Dykes said. “To come this far in a year is pretty remarkable.”