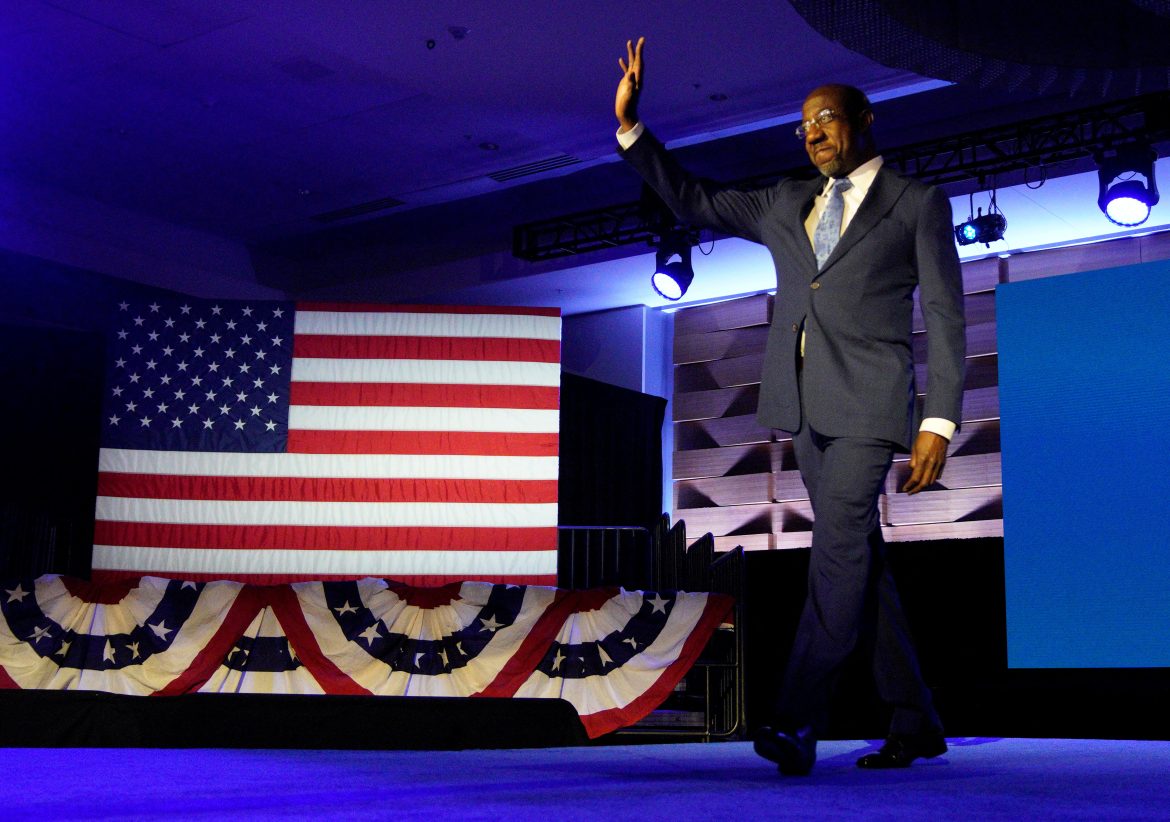 Democratic Georgia Senator Raphael Warnock is neck and neck with his Republican challenger Herschel Walker ahead of next week’s runoff election according to new polling.

A new poll from FiveThirtyEight shows Walker one percentage point ahead of Warnock, at 47.8 percent to 46.8 percent as voters turned out in near-record numbers to early voting sites across the state over the weekend. A separate AARP poll, however, shows Warnock leading by four points according to the Hill, showing that the final campaign push of each candidate could be crucial in determining which party grabs the final Senate seat.

Walker and Warnock are canvassing the state ahead of the December 6 runoff election, after neither candidate secured 50 percent of the vote in the November midterm elections.  Warnock led Walker by .9 percent in the general election.

Libertarian Candidate Chase Oliver, who is not eligible for the runoff, received 2.15 percent of the vote in the general election, and the Walker campaign is hoping it can gain enough support from this contingent to push him to victory.

“Libertarian voters usually lean more conservative, and thus toward Republican candidates when they must pick between only the two major parties’ candidates,” Dr. Amy Steigerwalt, associate chair of the Political Science department at Georgia State University told the Georgia Recorder.

Charles Bullock, professor of Political Science at the University of Georgia, said he thinks that roughly two-thirds of the 81,278 who voted for Oliver are truly Republicans who couldn’t bring themselves to vote for Walker but may change their mind in the run-off election.

Should Warnock hold his seat, Democrats will increase their Senate majority to 51. If Walker wins, the state of the Senate will remain unchanged, with both parties holding 50 seats and Democratic Vice President Kamala Harris serving as the tie-breaking vote.

With early voting beginning this weekend, the latest data shows over 181,000 Georgians have already voted as of November 28.

Per the New York Post on Saturday at least 70,000 people voted for the runoff. The weekend turnout nearly matched the roughly 80,000 Georgians who cast their ballots on the first day of early voting in the general election.

Despite the large early-voting turnout, Democrats continue to say that the GOP is guilty of voter suppression in the Georgia election, due to the passing of the state’s 2021 election integrity law.

Earlier this month Warnock sued the secretary of state’s office over a state law prohibiting advanced in-person voting from being held the Saturday after a state holiday. A judge ruled in favor of Warnock giving each county the discretion to open their polling booths on Saturday despite the statewide ban due to the Thanksgiving holiday.

Certainly, this is a time-urgent situation,” Judge Thomas Cox from the Fulton County Superior Court wrote in his ruling.