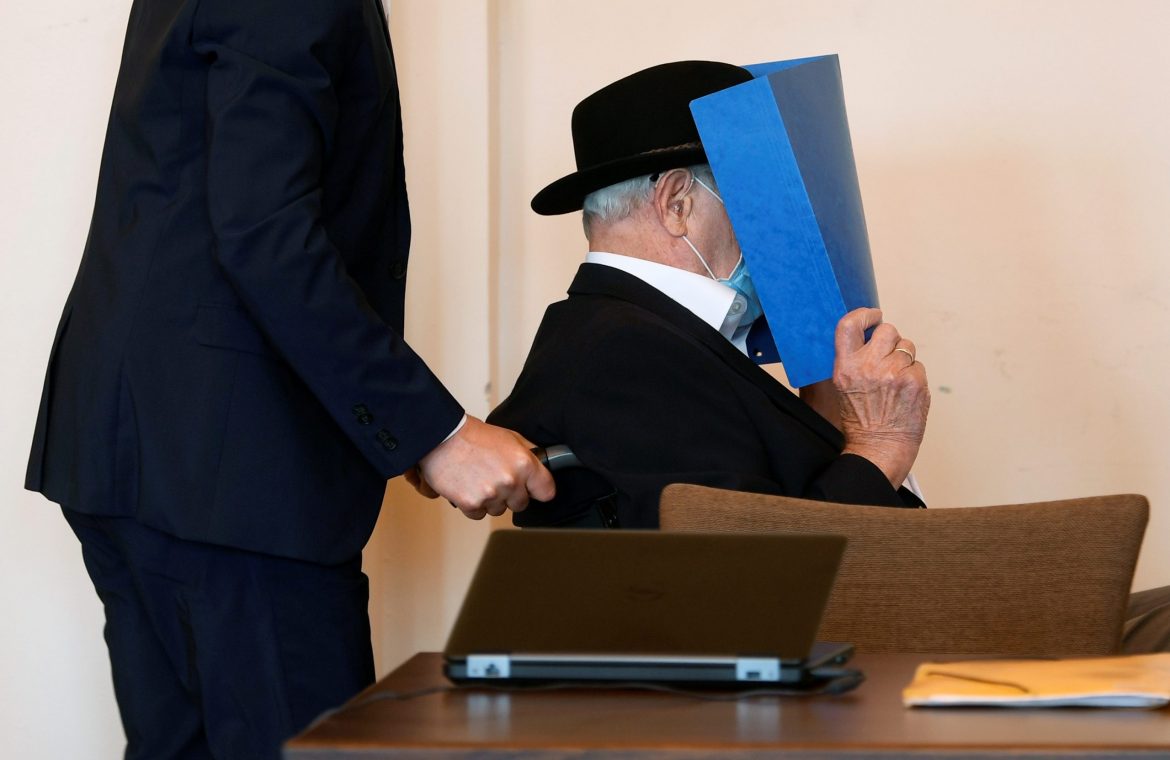 A Hamburg court convicted a 93-year old German man of helping to murder 5,232 prisoners, many of them Jewish, at a Nazi concentration camp in World War Two and gave him a suspended two-year sentence in one of the last cases against Nazi-era crimes.

Rolled into the courtroom in a wheelchair and hiding his face behind a blue folder, Bruno D. acknowledged he had been an SS guard in the Stutthof concentration camp near Gdansk in what was then occupied Poland, but he said his presence did not amount to guilt.

This did not convince the court in Hamburg which found him guilty on Thursday of being involved in the killings from August 1944 to April 1945.

“How could you get used to the horror?” asked judge Anne Meier-Goering as she read the verdict.

About 65,000 people, including many Jews, were murdered or died at Stutthof, the museum’s website says. Prosecutors argued that many were shot in the back of the head or gassed with the lethal Zyklon B gas.

As Bruno D. was only 17-or-18 years old at the time of the crimes, he was tried in a youth court and sessions were limited to two to three hours per day due to his frail health. Prosecutors had called for a prison sentence of three years.

In his final testimony to the court, he apologized for the suffering of victims but stopped short of taking responsibility.

“I would like to apologize to all the people who have gone through this hell of insanity and to their relatives and survivors,” he told the court on Monday, broadcaster NDR and other media outlets reported.

Some 75 years after the Holocaust, the number of suspects is dwindling but prosecutors are still trying to bring individuals to justice. A landmark conviction in 2011 cleared the way to more prosecutions as working in a camp was for the first time found grounds for culpability with no proof of a specific crime.