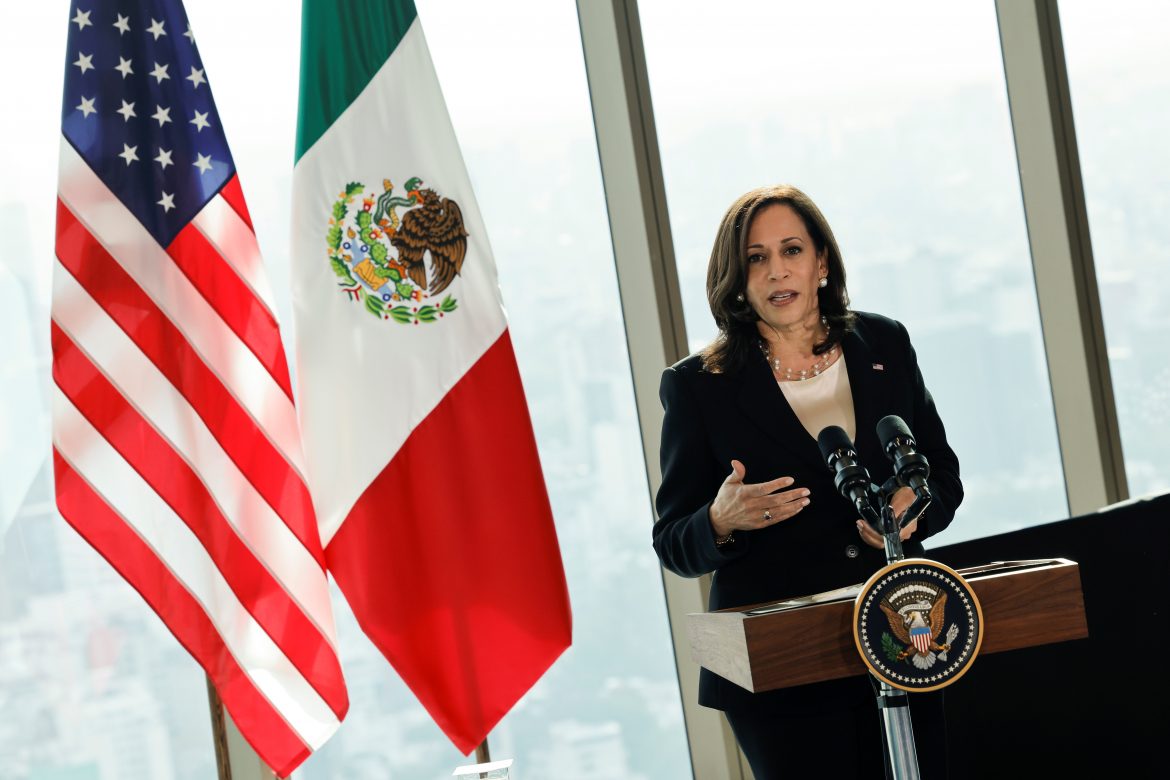 A group of 56 Republican lawmakers have written a letter to President Biden demanding the removal of Vice President Kamala Harris as the immigration lead for the administration. The group is led by Representative Glenn Grothman (R-WI) who tweeted a copy of the letter on Thursday.

The @VP STILL hasn't visited the border. You can't truly know the situation until you speak with people on the ground. I and 55 of my colleagues sent this letter to @POTUS demanding her removal from this position because 180k encounters, a 21-year high, is unacceptable. pic.twitter.com/PJE0RpgTaV

Vice President Harris has increasingly received criticism in recent days after her visit to Guatemala and Mexico did not culminate in a visit to the US southern border. There is a tragic emergency going at the border and the Republican congressmen who penned the letter believe that a visit is absolutely necessary for Vice President Harris to be able to understand the context and sheer scope of the border crisis.

Harris was appointed as the White House’s immigration czar a over 85 days ago. The White House attempted to clarify the Vice President’s role as principally focused on diplomatic talks with foreign leaders in order to address the root causes of the immigration crisis. However, this has not proved satisfactory for an increasing number of lawmakers from both sides of the aisle. Since taking office in January of this year, the Biden White House has failed to make substantial policy changes with respect to immigration or have an official visit to the border, and as a result the crisis has steadily become more and more dire.

In the letter the Republican congressmen wrote,

Despite being in the midst of a border crisis this country has not seen in two decades, Vice President Harris has not yet shown adequate interest in observing this crisis first-hand. In the 85 days since the Vice President has been tasked with solving this crisis, she has yet to visit the border and meet with Border Patrol agents, Immigration and Customs Enforcement (ICE) officials and local law enforcement officials… the exclusive focus on Central American countries ignores the fact that we see many migrants attempting to illegally cross our southern border from countries all over the world, including Russia, Brazil, Cuba and Haiti… This country cannot afford another minute of inaction from Vice President Harris. While you have publicly defended the Vice President, even you must be discouraged with her inaction.

Georgia to Remove Over 100,000 Names from Voter Registration List