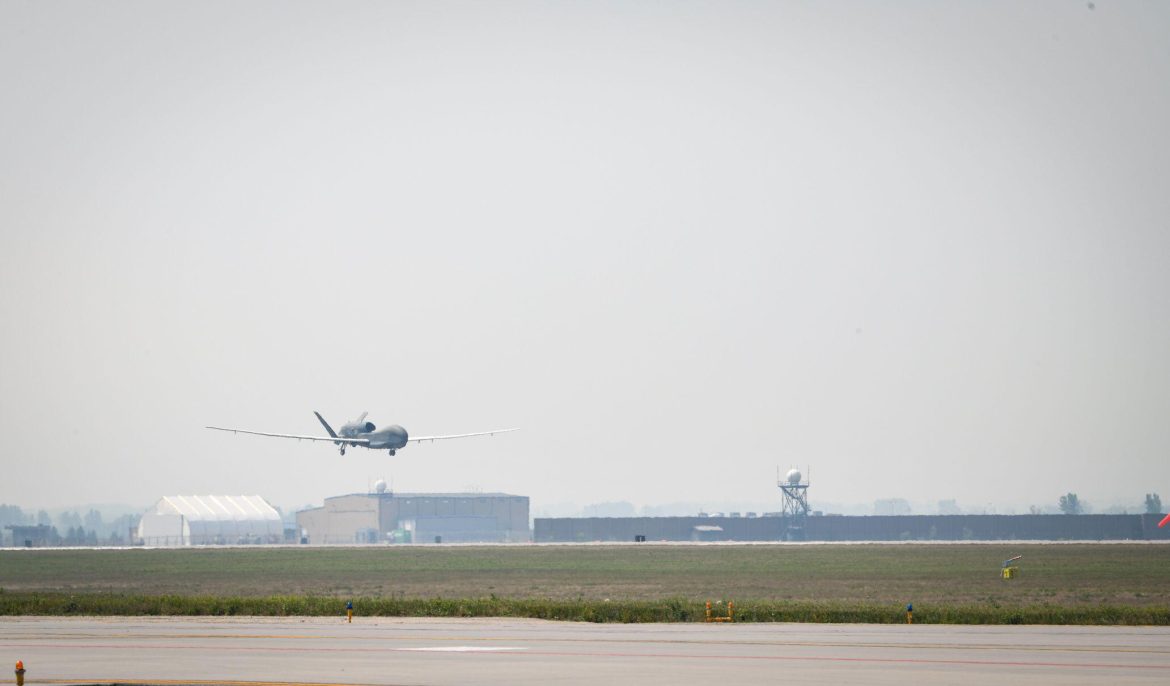 Dozens of Republican lawmakers are issuing an urgent warning to the Biden administration that efforts by a Chinese Communist Party-linked firm to acquire farmland near a military base in North Dakota pose a national security threat, Fox News reported.

Rep. Carlos Gimenez (R-Fla.) told Fox that he is sending a letter signed by 50 of his colleagues to Biden Cabinet Secretaries Lloyd Austin, Janet Yelle, and Tom Vilsack urging them to take action to prevent Chinese manufacturer Fufeng Group from moving forward with the purchase of hundreds of acres of farmland near North Dakota’s Grand Forks Base ⁠— the latest effort in a string of land acquisitions near high-capability U.S. military installations by firms linked to the CCP.

“According to the United States-China Economic and Security Review Commission, the Grand Forks Air Force Base has exceptional intelligence, surveillance, and reconnaissance capabilities, making the recently purchased land the ideal location to closely monitor and intercept military activity,” the lawmakers wrote in the missive.

Gimenez’s letter points out that the North Dakota acquisition will give the Chinese government “potential advantageous opportunities to perpetrate espionage, including actions and activities carried out under commercial cover or auspices.” He and his colleagues further warn that the acquisition will provide a “model for our adversaries to encroach on American security, particularly through purchases of farmland in our congressional districts housing several military installations,” including Florida’s Homestead Air Reserve Base (HARB).

“At a time when the United States is engaged in great power competition with China, we must utilize every tool at our disposal to protect and defend the integrity of our military and national security, maintain military dominance, and maximize our global military readiness,” the letter reads.

It isn’t just national security that is threatened by Chinese firms gobbling up American farmland, which has been taking place on a large scale since at least 2017. The lawmakers said that acquisitions “of this magnitude” also jeopardize U.S. food production.

“According to the United States Department of Agriculture (USDA), at the beginning of 2021 foreign investors held a stake in approximately 37.6 million acres of U.S. agricultural land,” they wrote. “This trend is expected to increase over the next few years, raising concerns about the negative potential implications it will have on domestic food production and national food security.”

The group concludes the letter with a call for the department heads to explain what “actions are being taken by the DoD in cooperation with the U.S. military services and military base commands to understand and assess potential risks with foreign investments in close proximity to U.S. military bases and other facilities.”

Sen. Marco Rubio (R-Fla.) criticized the deal at that time.

“It is dangerous, foolish, and shortsighted to allow the Chinese Communist Party and its proxies to purchase land near U.S. military installations” and that it is something the Biden administration “must address,” he said.

Former U.S. Secretary of State Mike Pompeo echoed Rubio’s concern in an August 2 tweet, warning that “China, under the rule of the CCP, is the greatest threat to the U.S. in our history.” He added that China “touches every facet of American life: military, education, the private sector, our government, and more,” and that “[i]t will take real, unified effort in each for America to stay on top” of the threat.

Rep. Dan Newhouse (R-Wash.) introduced the Prohibition of Agricultural Land for the People’s Republic of China Act in May, which would block entities associated with the CCP from buying public or private agricultural land in the United States.

“China’s American agricultural land holdings have increased over tenfold in the last decade,” Newhouse stated in a press release. The Congressman also noted that Chinese investors held a staggering $2 billion-worth of agricultural land in the U.S. at the beginning of 2020.

Newsom: Dems ‘getting crushed’  because leftists have been too meek