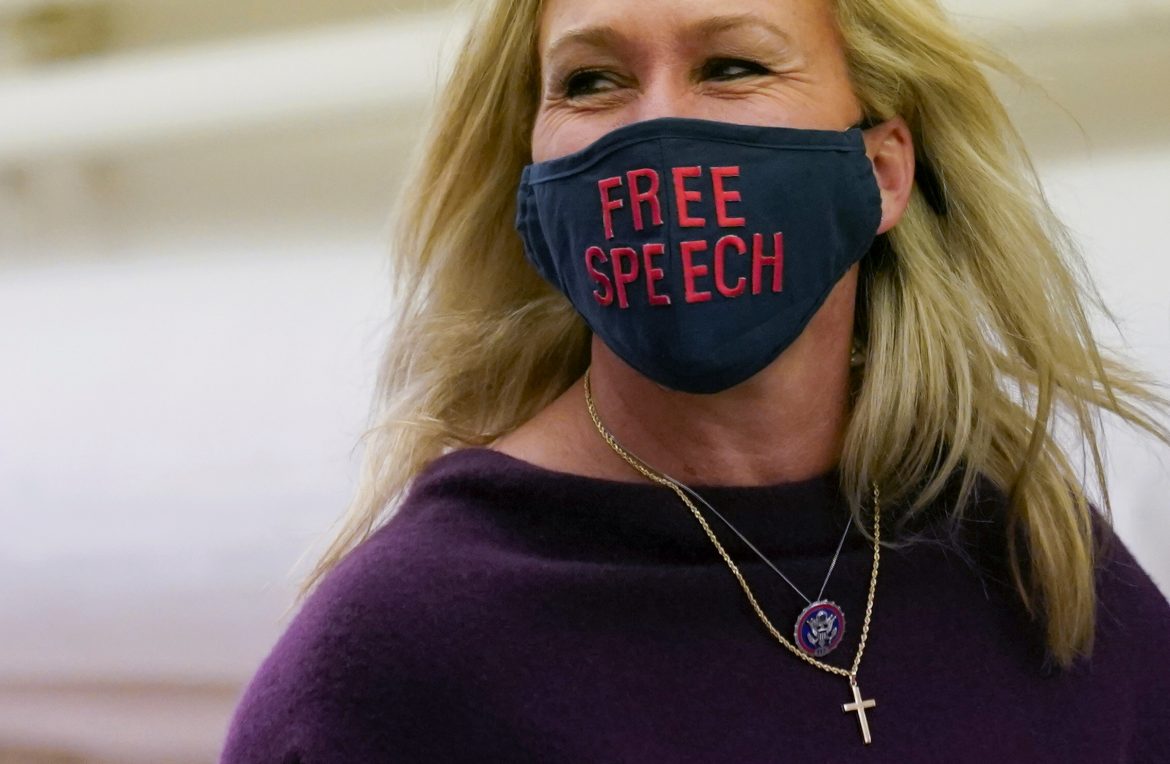 Over the weekend Rep. Liz Cheney (R-WY) was censured by the Wyoming GOP for voting to impeach former President Donald  Trump last month, for “inciting” the Capitol Hill riot. The vote was overwhelmingly for censure, with Forbes estimating “56 votes in favor and 8 against, though no official tally was taken.”

The official censure rips Cheney for voting for impeachment, “with no formal hearings held, no quantifiable evidence presented, no witnesses sworn to give testimony, and no right to cross examine the accusers provided,” while counter evidence exists that the riot was planned weeks in advanced.

The Wyoming GOP is calling on the representative to resign and be replaced. Cheney will receive no further donations from the state party, and they are requesting she return any party donations to her 2020 campaign.

In an interview with Chris Wallace of Fox News, Cheney said she will not be resigning.  She told Wallace;  “As I’ve explained and will continue to explain to supporters all across the state — voters all across the state — the oath that I took to the Constitution compelled me to vote for impeachment.”  The representative said her oath is to the Constitution, not to “partisanship” or “political pressure.”

While Wyoming Republicans aren’t happy with Cheney, GOP members in the House voted overwhelmingly to keep Cheney as the GOP Conference Chair. Though the vote was secret, it is reported the final tally was 145-61.

Meanwhile, House Democrats forced Marjorie Taylor Greene (R-GA) off of two congressional committees last week, after her past controversial statements were publicized.  The Georgia representative was kicked from her seats on the House Budget Committee and  the House Education and Labor Committee in a 230-199 vote.

The decision was made over past comments where Greene expressed support for the conspiracy theory “QAnon,” which believes Donald Trump was fighting against a satanic pedophile ring of global elites and Democrats. She also suggested that many mass shootings were “false flag” operations, that the Pentagon was never attacked on 9/11, and that PG&E along with the Rothschilds used a space laser to start wildfires in California.  All of these comments were made before she took office. Greene has since denounced QAnon and acknowledged the realities of mass shootings and 9/11.

House Republican leadership refused to support the Democrats initiative to punish Greene, observing the double standard that members like Rep. Ilhan Omar (D-MN) has never been removed from committee despite frequently espousing anti-Semitic sentiments. Only 11 Republicans voted against Greene.

The Democrats move to punish a member of the opposing party is unprecedented, with disciplinary action typically handled within the parties. It is also not normal to punish members for comments they made before taking office.

House minority leader Kevin McCarthy denounced Greene’s extreme comments, but warned the Democrats they are opening the door for the Republicans to take revenge in 2022 if they take back the House.  McCarthy said, “If people are held to what they have said prior to even being in this House, if the majority gets to decide who sits on… committees, I hope you keep that standard, because we have a long list.”