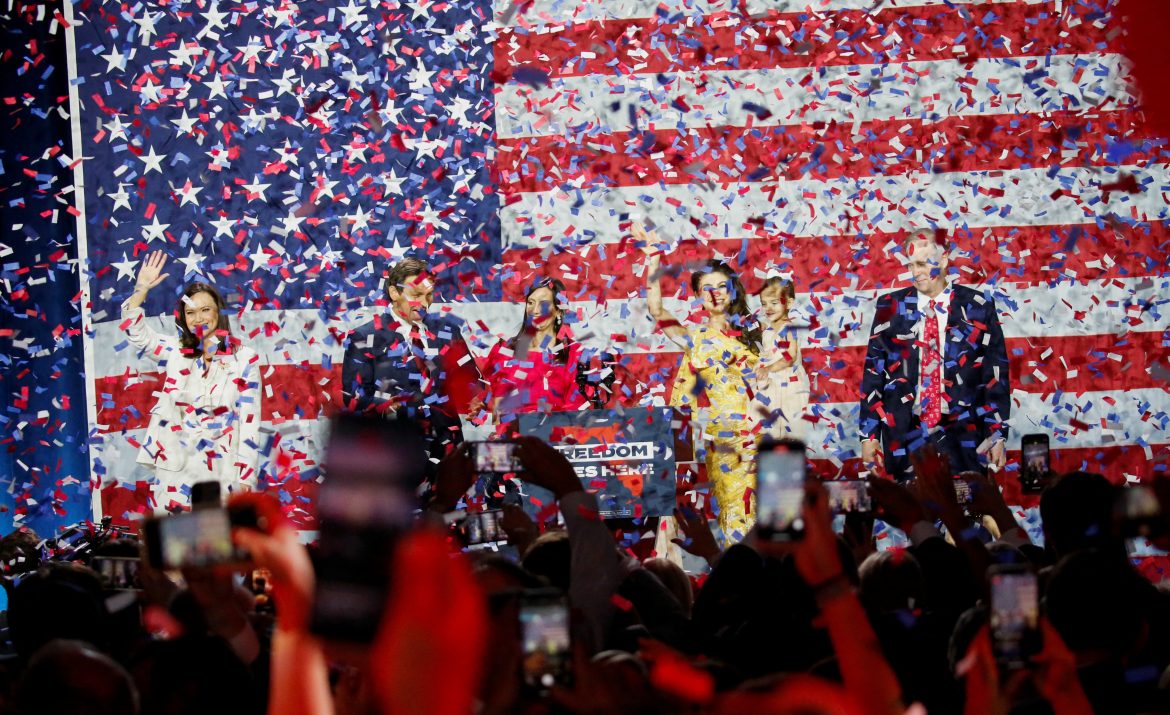 With more than 97% of the precincts reporting as of 12:21 a.m. Wednesday morning, DeSantis led the gubernatorial race by a margin of 59.49% to Democrat Charlie Crist’s 39.86%, according to Fox News tallies. Rubio held a slightly smaller lead, sitting at 57.81% compared to challenger Val Demmings’ 41.15%.

Historically, the Sunshine State is a toss-up, especially in gubernatorial and presidential elections. Just four years ago, DeSantis defeated Democrat Andrew Gillum by less than 33,000 votes (.4%). Just after midnight this morning, however, DeSantis’s lead sat at more than 1.5 million votes, just shy of 20 percentage points.

Desantis said the message from voters was clear.

“We have embraced freedom. We have maintained law and order. We have protected the rights of parents. We have respected our taxpayers, and we reject ‘woke’ ideology,” DeSantis said to the loud cheers of his supporters last night after claiming victory.

DESANTIS: "We will never ever surrender to the woke mob! Florida is where woke goes to die!" pic.twitter.com/hgnEAyOqj7

Charlie Crist humbly congratulated DeSantis in front of a somber crowd Tuesday night before thanking his supporters and God.

“Governor DeSantis, to you and your family, I wish you only the best and I wish the best to my fellow Floridians,” Crist said. “You deserve nothing better than the very best that God has to offer. I want to thank God. God’s real and God exists. All glory to God. We have so much to be thankful for.”

With his win, Rubio is set to begin his third consecutive term as U.S. Senator next year.

While Rubio was expected to win he outperformed expectations, even taking a large majority in Miami-Dade county which has historically been a Democratic stronghold. Rubio held a 9.5-point advantage with 93% of ballots counted in the county that he had lost by 11 points in 2016.

After 2012, Dems thought they had a lock forever on FL

Pour one out for these MSNBC viewers tonight 👇🏻 pic.twitter.com/ke2AUHvPUs

The Miami-born son of Cuban immigrants, Rubio said the source of Florida’s greatness is the people and their God-given rights.

Continue to check in with FISMNews for more election coverage.