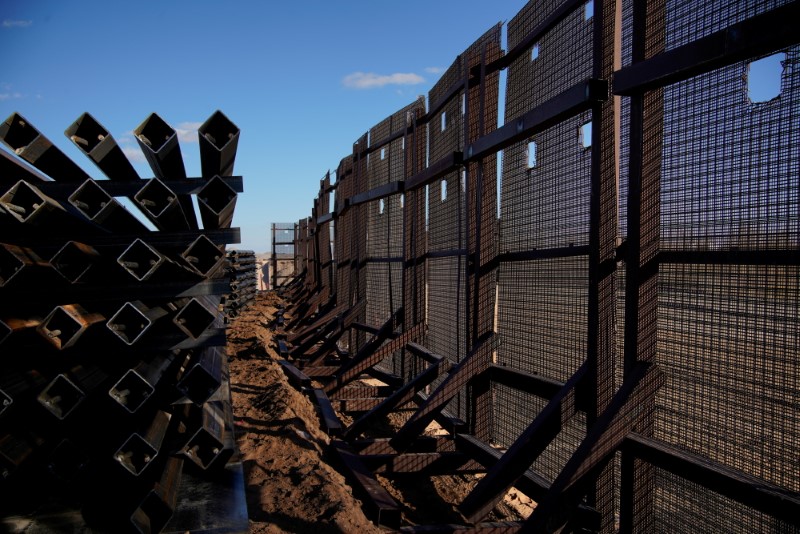 On Thursday, Governor Abbott announced a plan of how the state of Texas will address the crisis that the state is experiencing at the border. The highlight of the six-step plan that was announced from Del Rio, Texas was when Abbott declared that the state would begin to continue the building of the border wall that has been left abandoned since January 20.

Abbott received a thundering standing ovation when he said,

The state of Texas has been on the front lines of a nationwide emergency that has been by and large ignored by the Biden administration. President Biden has reversed action on the majority of former President Trump’s immigration policies. Since Biden has taken office there has been a huge spike in illegal immigrants trying to cross the border. Abbott made note of this in his press conference citing how there was over an 1,000 percent increase in apprehensions since just one year ago.

The most notable action Biden took signifying a huge shift in immigration policies halting any construction on the border wall that was a staple of Trump’s platform. He made this a priority on his first day in office through executive order. On Friday, the White House put forth a plan for how the $2.2 billion dollars previously allocated for the federal construction of the border wall would be redistributed. This was further signaling that Biden is not committed to supporting Texas and other border states, and that they are now left on their own to combat the droves of people entering our country illegally.

This is why Abbott has decided to take matters into his own hands by ensuring Texas will address a crisis that Biden and his administration has turned a blind eye to. Along with the building of the border wall Abbott also announced other steps of the plan including: creating a special Governor’s Task Force to Better Secure the Border, allocating over $1 billion from the Texas budget towards the border crisis, declaring a disaster declaration to better funnel resources to the border, and demanding more arrests for those crossing illegally.

He also called on other states to send resources and officers to help border states as they combat the issue that ultimately affects every state.

Ultimately, he acknowledged that border states cannot fix the immigration problem on their own. He advocated that this is “no laughing matter” and challenged those in Washington to take action and not simply use the border as a “tourism site for members of Congress to make an annual pilgrimage to” while doing “absolutely nothing to solve the crisis.”

He finished his portion of the press conference by saying,

Long term only Congress and the President can fix our broken border, but in the meantime Texas is going to do everything possible, including making arrests, to keep our communities safe.