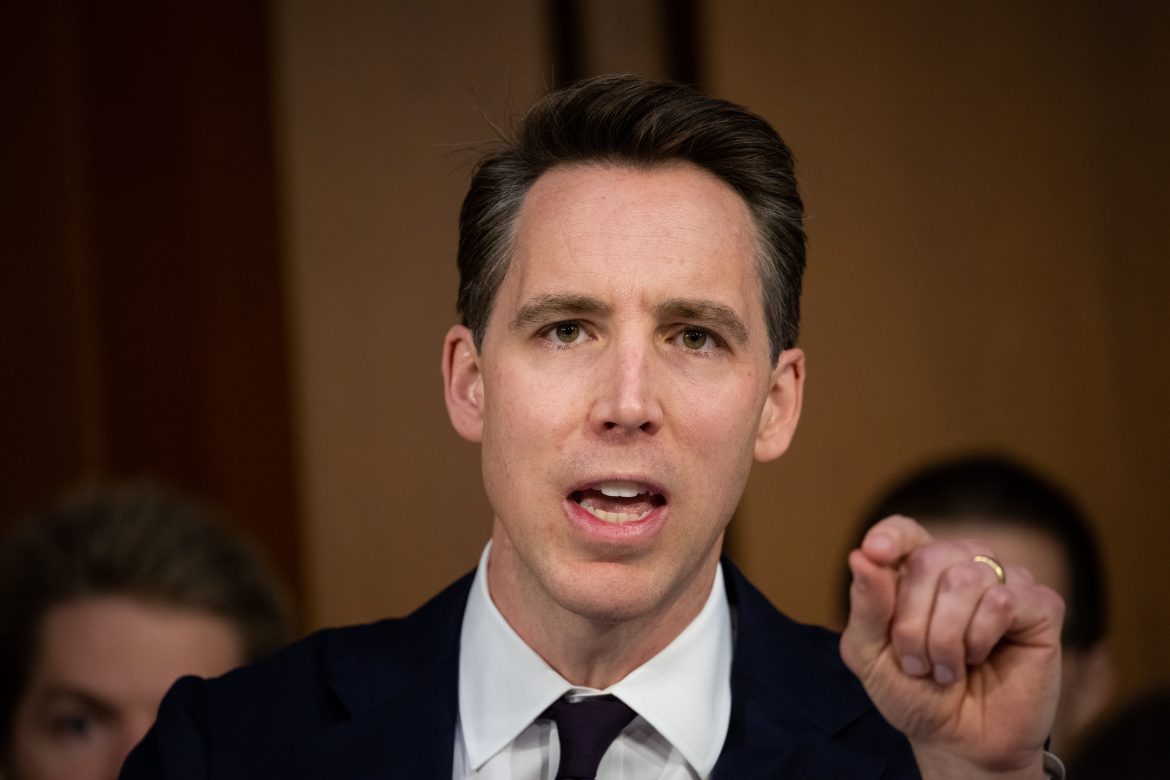 The now-paused Disinformation Governance Board has become, at least for Homeland Security Secretary Alejandro Mayorkas, a boat anchor connected to an unbreakable chain.

While the secretary has tried to pick up and move on from the blunder of having overseen the creation of a board that outraged people of all political stripes, Mayorkas’ critics have become unrelenting in their quest to prevent DHS from ever hitting the metaphorical play button on censorship.

This week, Senators Chuck Grassley (R-Iowa) and Josh Hawley (R-Mo.) launched another round of efforts to discover what the board was meant to achieve and how it would have operated.

Grassley and Hawley publicized documents that they say suggest the board would have been little more than a way for the federal government to dictate truth and, perhaps with the help of social media companies, silence those people the government decreed had engaged in misinformation, disinformation, and malinformation (recently stylized as MDM).

“The Department of Homeland Security’s … Disinformation Governance Board … would have served as a central clearinghouse to respond to matters the government unilaterally determines to be mis-, dis- or mal-information (MDM), and planned to coordinate efforts to leverage ties with social media platforms to enable the removal of user content,” a press release from Grassley’s office reads.

Grassley’s involvement in this process is a strong indicator of just how unpopular the disinformation board has become. While Hawley is well-known for his hardline stances and outspokenness, Grassley is a centrist and occasional confidant of President Joe Biden.

Hawley, who even in a crowded field has emerged as among the more vocal critics of the disinformation board, took the matter before his legislative colleagues. In his comments he asserted that the board was little more than a Big Tech, [Biden] administration alliance to track speech.”

Thanks to a patriotic whistleblower, we now know the Biden DHS was planning to coordinate with Big Tech to track Americans’ speech with its unconstitutional Disinformation Board pic.twitter.com/3GUU066SMC

The documents, which the senators said were shared by a whistleblower, were a memorandum from undersecretary Robert Silvers and senior counselor Samantha Vinograd sent to Mayorkas in mid-September and the disinformation board’s charter, which was submitted to Mayorkas in January.

The former document reveals the senior administrators’ efforts to flesh out the organizational structure and mission of the disinformation board.

The document contains ample evidence that DHS officials appreciated the fact that the American people would reject any perceived or actual encroachment on the First Amendment and contains an admission that the federal government “may not always be the ideal or most trusted voice on a given topic.”

Moreover, the document contains an assertion that DHS and its subordinate agencies were forming partnerships with academia and private-sector entities to identify and analyze disinformation. Grassley and Hawley have seized upon this claim and questioned what role private social media companies would have played in government-sanctioned censorship.

“The First Amendment of the Constitution was designed precisely so that the government could not censor opposing viewpoints – even if those viewpoints were false,” the senators told Mayorkas in a letter. “DHS should not in any way seek to enlist the private sector to curb or silence opposing viewpoints. It is therefore imperative for DHS to provide additional clarity regarding its policies and procedures for identifying and addressing ‘MDM,’ as well as its efforts to ‘operationalize’ public-private partnerships and the steps it is taking to ensure that it does not infringe on the constitutional rights of American citizens.”

As of this writing, Mayorkas had not yet responded to the senators’ request.

The disinformation board, which Mayorkas said never met, was put on hold for 90 days last month.