Greece to ban sale of spyware amid wiretapping scandal 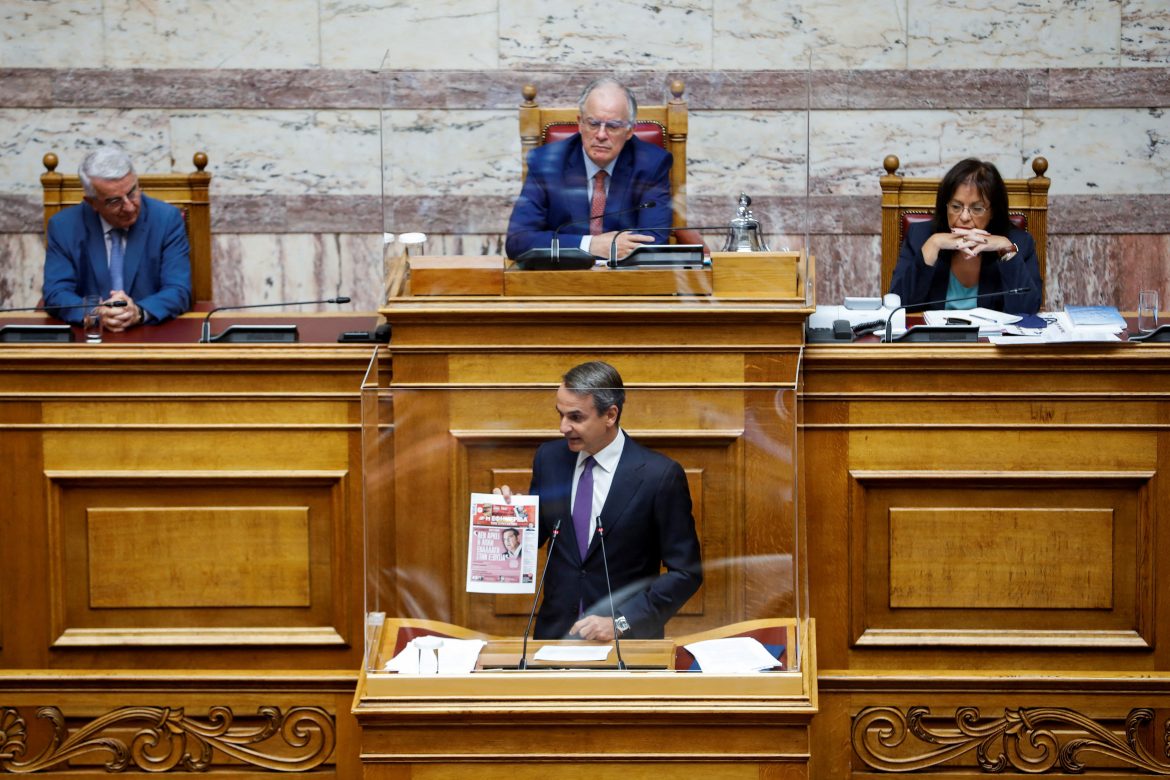 Greece will soon ban the sale of spyware, the conservative government said on Monday, after a newspaper report that more than 30 people, including ministers and business people, had been under state surveillance via phone malware.

A list of persons whose phones were allegedly infected with the Predator malware was published on Sunday by left-wing Documento newspaper. It cited two sources who played a role in the surveillance, allegedly on behalf of the government.

Greek Prime Minister Kyriakos Mitsotakis said that the report was unfounded as it presented no evidence that the government was behind the surveillance. “It’s an incredible lie,” Mitsotakis told ANT1 broadcaster in an interview.

Government spokesman Giannis Oikonomou earlier on Monday said the Greek state had not used or bought any such spyware and added that judicial authorities would investigate the latest report.

Greece, he told reporters, will soon submit a bill to parliament banning the sale of spyware. “We won’t allow any shadow to remain on issues that poison Greek society,” he said.

The Documento report was the latest development in a wiretapping scandal that has sparked a political uproar in Greece, as the European Union takes a harder look at the use and sale of spyware. A Greek prosecutor began an inquiry earlier this year.

Most of the alleged targets, including a former conservative prime minister and the current foreign and finance ministers, declined to comment or told the newspaper that they were unaware of the matter.

“It is shameful and disgusting for someone to imply that the prime minister is monitoring his foreign minister. And extremely dangerous,” Mitsotakis said.

“We are not sure who is managing those centers. What we are absolutely certain about is that it wasn’t EYP (Greece‘s intelligence service). And obviously, I wasn’t involved.”

In July, socialist opposition leader Nikos Androulakis filed a complaint with top court prosecutors over an attempted bugging of his mobile phone with surveillance software.

The government, which faces elections in 2023, said at the time that the surveillance, which was not conducted through disputed spyware programs, was lawful as it had been approved by a prosecutor.

It never specified why Androulakis was targeted, and Mitsotakis said he never had any knowledge of the hack and would never have approved it.

A Greek prosecutor is also investigating allegations by a journalist that his smartphone was infected by surveillance software in an operation by the Greek intelligence service.